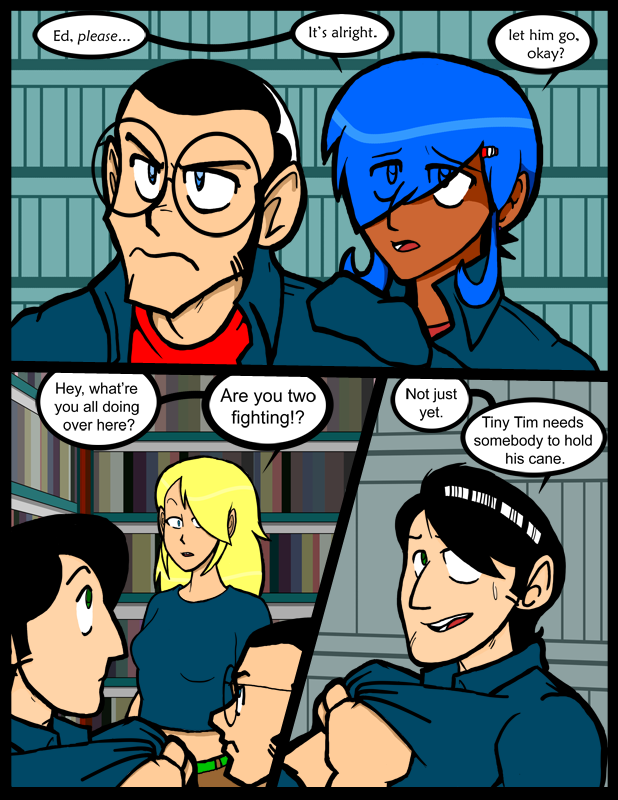 I got a neat little pen light for Christmas.  I’ve had similar pens before, but they never lived up to my desires.  This new one, on the other hand, is small, yet powerful.  I clicked it on while it was pointed at my eyes and accidentally performed lasik surgery on myself.  So I don’t need glasses anymore.  I’ve been wearing the frames so that it doesn’t shock anyone.

Anyway, since I have this new thing I’ve been going out of my way to place myself in situations where a tiny flashlight would be usefull.  I even sabotaged my mother’s vehicle so I’d have an excuse to do repairs in the dark.  I’m pretty sure that if I had two of these things I could destroy reality by crossing the streams.

Theses LED lights that are becoming so prevalent are just neat is all I’m saying.  They aren’t much for lighting a room, or whatever, but for Christmas lights, flashlights, and what have you, they are pretty neat.  Of course, I’m easy to entertain.  I got a package of red & green silly putty too, which kept me quiet for a lot longer than it should have…

Rayovac makes the pen light, by the way.  You can probably find one by using the internet.

You could also use the internet to learn about Eartha Kitt, the amazing woman who provided the voice for Yzma in Disney’s The Emperor’s New Groove.  I know it’s not ever going to be the first thing on the list of her accomplishments, but Yzma is one of the best Disney characters, in one of the best Disney movies.  Eartha made Yzma as fantastic as she was.  She died the other day, as some of you may know.  It’s sad that she’s dead, but she sure got her money’s worth out of life.

I agree about how incredibly good (and underrated) both Yzma and The Emperor’s New Groove were. Everything having to do with Eartha Kitt was unquestionably awesome. Best. Catwoman. Ever.

My dad got my silly putty for Christmas.

I was a little confused.

I was sad to hear about Earth Kitt, too. The original Cat Woman, man! I saw something on TV about her and realized that my first cousin looks EXACTLY LIKE HER (in her younger days, of course). Did you try melting the silly putty with the laser…? ;)

Theory: Reggie is actually trying to get Ed to punch him. Because then Ed would get fired, which Reggie wants for a variety of reasons.

Question is, is Reggie that clever? I kind of doubt it.

He kinda said that in the last strip

Expressions and angles in these last couple of pages are for the win. Someone’s been experimenting. :D ^^

man, he’s really asking for it.

Cervantes: I hadn’t seen the episode just before this one. Must have gotten lost in the holiday rush.

But apparently Reggie *is* that clever. But being clever doesn’t make one smart…

Methinks the resident Amazon is going to cut Reggie down to size really quick.

I saw a site with the live-action Dragonball trailer on it. Several people were confused about Goku being young, etc. I think that more people know what DBZ is than DB, and that a majority WILL be confused by a Dragonball movie instead of Dragonball Z. This kind of makes me sad for some reason. I don’t want people to be confused, I want them to like it…

I’m not saying DB wasn’t cool, it had it’s moments, but I don’t know… DBZ changed my life – DB was just an appetizer.

Reggie sure seems nervous in the last panel. Perhaps he realizes just how breakable his smug face really is.

Brooksie looks so sad. Maybe reggie deserves it. Kudos though do got to him for sticking through

Reggie Palpatine is my hero.

I did not hear Eartha had passed away. That’s too bad I liked her work. Damn I hate being a late eighties child, seeing all the movie and T.V. greats die! Actors today just cannot compare, I mean Halle Berry had nothing on Eartha Kitt.

/Nice/. Much worse on Reggie than being beaten up by Ed.

True, Erinovauch, very true. I bet it is worse for you because you can see the kids after you believing that the crap they have is so great when you know that the glory days of animation have already passed. Well at least being born in the late eighties and in your case the early nineties allows us the chance to be alive during the glory years of the Internet comic. In sixty or seventy years we will have the privilege of sitting in a nursing home complaining that the internet comics of that decade are nowhere near as good as the ones from our youth.

Yeah, that settles it. Your a descendent of the King, now shut up