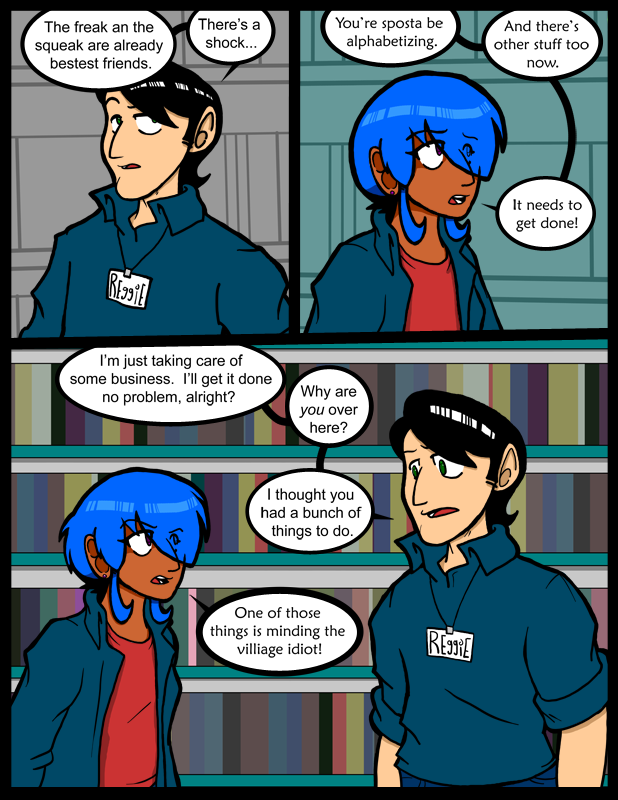 I’ve seen a few things about the live action Dragonball movie, and they’ve all been so awful that I’ve nearly convinced myself that they have to be faked.  It seems impossible that you could take an idea so good and manage to turn it into a crime against humanity.  Of course I thought the same thing about the Resident Evil movie…  In the end I guess it doesn’t matter if it sucks or not.  The manga and cartoon stand well enough to survive even the worst Hollywood can do to the franchise.  I mean it’s been over for years but it’s still a huge part of world culture.  I’ve seen new collected volumes of the comic in Wal-Mart.  If the movie completely blows little kids will still be able to find the source material.  Then they’ll see how good it is and wonder why people were allowed to rape it.  Which will lead to the lynching of those responsible.  This is all speculative, of course, and I liked the new Indiana Jones movie, so my opinions can’t always be trusted.

I saw the real trailer for it, and it absolutely looks horrible. I was laughing in sadness.
I also liked the new Indiana Jones movie.
Reggie’s not being very bright, being a jackass to his superior
You should totally introduce the crazy old man employee. Stores always have those.

No matter how much you think something can’t actually be that bad, it really, really can be. >_<

My sister found some spoilers for breaking dawn (the last book in the twilight series) before we read it, and I thought they were all a joke. I was so wrong. @_@ I’d already realised that the series was hideous by then, but that cemented that opinion.

I was the crazy young man Employee at my work, but everybody loved me.

That reminds me, they used to sell this (Pojo? Who was that guy?) Unofficial Everything-Dragonball Guide, with a synopsis of episodes from Dragonball, the general gist of the stories for Z and GT, as well as a character guide. One of the articles in it was of (I don’t recall if it was speculative) a cast for a live action DB movie. Just thought that was funny, considering what you said.

Unfortunately I’ve come to realize that I am the crazy old man where I work. Yesterday I had not one, but two fully-grown adult customers comment that they remembered me working there when they were kids.

I love the faces in this one. Just to let you know, I’m not forgetting to read, I’m just saving them up so I can read a few at a time and thus enjoy them more. Also, I’m more interested in the GI Joe movie coming out next year.

The live-action movie I am waiting for is the Voltron movie, I am not sure whether or not I want it to be just a rumor. I mean I really cannot imagine how anyone can pull it off, I just hope they make a decent effort at keeping the picture true to the old series.

No Movie adaptation of anything we used to love will be good enough for us. The sooner we learn this and stop seeing these cinematic abortions the sooner Hollywood will stop making them.

Well Iron man was pretty sweet, but everything else has sucked in a big way.

I’m still backing Reggie on this…. but Brooks is fighting hard.