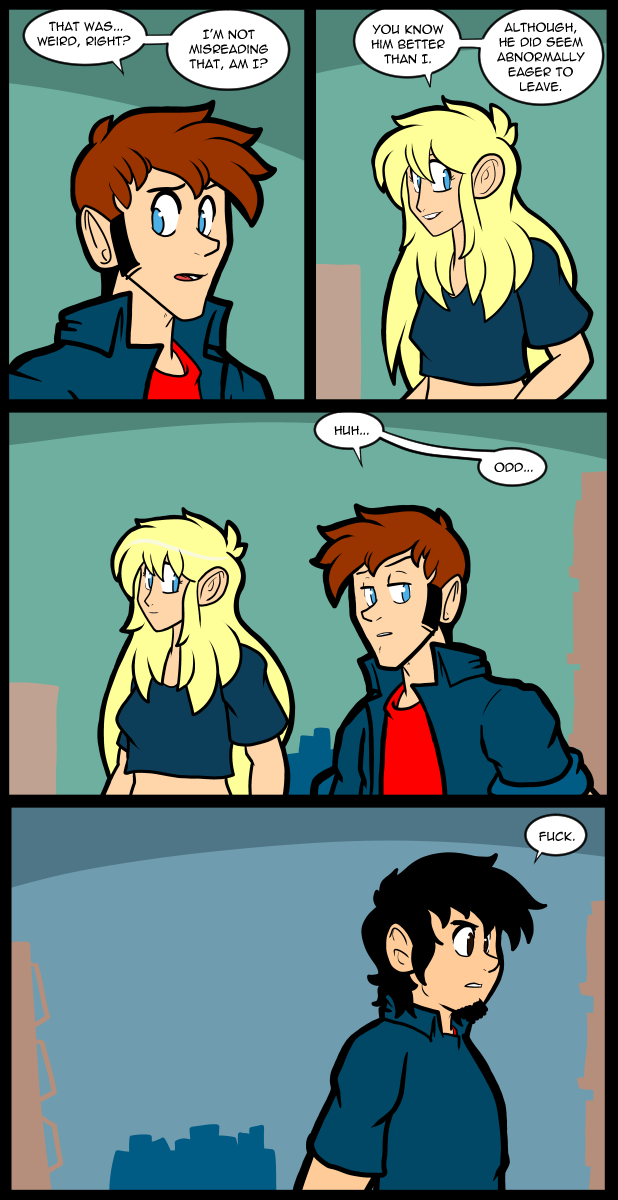 My continual sleep/anxiety problems set me back on getting this page up at the usual time. The cottonwoods are… I don’t actually know what it’s called when they spread the cotton all over. Anyway, I expect it’s contributing to my allergy issues, which are triggering these anxiety problems again. At least maybe they are. Could be totally unrelated. I’m really just guessing. Regardless, it’s thrown my life into an unscheduled mess that’s only compounded by having grandpa around every other week. There was a time when I could power through and not sleep, but maybe I’m getting too old for that now. Or maybe I’m just to weakened by other stuff. Whatever the case is I can’t just not sleep like I once could. Not that I get sleepy per se. What happens is I start getting jittery, or randomly start weeping for no reason at all, or a list of other random things that aren’t usually associated with needing to sleep. I’ve always had a fraught relationship with sleep but over the years the evolution of that relationship has been… Unpleasant. Anyway, I didn’t really sleep properly when I laid down while I should have been working so I’m going to at least try again, even if it results in waking up feeling terrified.

Before I go, I’d also like to thank the reader from New Zealand who sent me a gift. I’d thank you by name, but I can’t find the little slip of paper that came with it. It was on my stack of notes, but I guess it fell into a box while I was moving them, or something. My weird sentimentality forces me to hold on to these things for years. I have stacks of them secreted around my living area, like a crazy person, but I don’t want to forget the names of people who have been kind to me. Even if those names are just internet nicknames. Maybe I’ll find it when I have the bed moved out and my stuff moved back in. Thanks in any case. I hope you see this and at least know who you are.

I wonder if his stepsister will come looking for him.

Last I knew, crying releases stress hormones. I even heard that you can tell how thick they are in your body by the color of the tear. If it’s cloudy, you’ve got a lot of them built up. So you’re probably not “weeping for no reason.”

Like an ant on top of a truck tire, he knows that something is happening, but he is thoroughly unaware of his connection to it.

John told Thomas about his feelings for Alex. How did he forget?

There are people in the world who don’t say everything they’re thinking as soon as it pops into their head. I know twitter has made that seem impossible, but I assure you they do exist.

The cottonwood fluff is their seeds. So I guess you could call it shedding seeds.