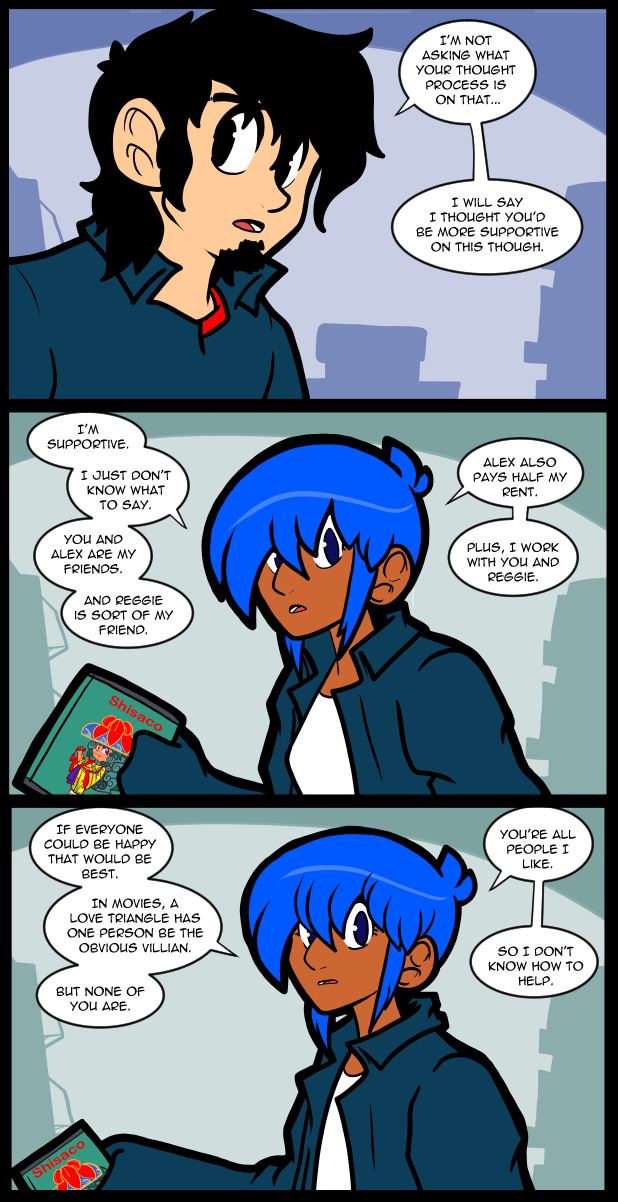 It’s always a problem trying to find something to paint on a prop, like a DVD. I could just leave it blank but I dunno. I feel like I need to put something there. So I’ve been dipping into my archive of random images. The one for tonight was a commission for a friend from many years ago. He was living in Japan and doing some cultural festival stuff. My guess is he won’t mind if I use it. It probably didn’t set the world on fire, so no one is likely to notice one way or the other. I only really bring it up because the previous one was a meme I made and this one isn’t, but I suspect people will think it is and wonder what the hell it’s supposed to be. I can’t remember what exactly it is but it’s sort of a Japanese lion dog which I think is called a Shisa. It’s something like that because it’s part of the file name. This was at least ten years ago though so if you go researching it may be off a bit.

Commissions are how I used to supplement my income but now I use Patreon and other services, which i mention at the end of all the blogs now the way youtubers do. Because not saying anything wasn’t working at all. And now I’ve done the thing, so we can go about doing the other things for another day.

I was a young teen when I read the Heinlein novel _The Moon is a Harsh Mistress_ and one thing from that book that deeply impressed me was the idea of “line marriages”. One or more men marries one or more women. Heinlein explained that this evolved from the time when the moon was a penal colony, and more men than women were exiled there, and it evolved as a way to have multiple men orbiting the rare women without fighting. At the time of the events of the book, the moon no longer has such a lopsided distribution of men vs. women but the custom remains.

One point that struck me. Imagine a marriage with three wives and four husbands, and then one of the spouses dies. Compare to one man and one woman losing one of the spouses. It seems clear that it would suck in both cases but it would be easier all around in the former case… more people to console each other and carry burdens.

Ever since then, polyamory has made sense to me. However, I am at least a little bit on the autism spectrum I think… I’m pretty sure that my views are far from mainstream (not just about the above), and I’m not sure how well polyamory works. My guess is that there are a few people for whom it works extremely well, and a lot of people for whom it wouldn’t work so well.

Anyway, ever since then, when I see a love triangle I wonder if “just choose them both” might work. But like Jo, I’m very unlikely to say anything about my thoughts.

P.S. Today’s comic is another one I really like. I wish I could be friends with Jo in real life.

TL;DR is that polyamory takes all the usual highs and lows of a romance, and then multiplies it exponentially for each additional person involved. It *can* work remarkably well… For people that can make a relationship work, and are willing to TRY to make a relationship work. It can also get ugly, and when it gets ugly it spirals.

Except for one little problem; time is still limited. It’s like having 2, 3, 4 jobs; sure, in theory, you can do that, but you’d have to only work part-time jobs, or have one “real” job and then several part-time jobs. Very, very few people are so motivated and brilliant as to be able to maintain two more or entire careers, and it’s even harder with relationships because then you’d every single partner to click with you so perfectly that minimal time and effort is required–that DOES happen, but it’s very rare, and to expect it multiple times is like making the lottery your retirement plan. I’m a little more open-minded about things like throuples, where all the people involved all love each other and you can economize by working on things as a group, but still, it’s very much a long-shot. Most “poly” people I’ve met are actually referring to FWBs but they refuse to admit it.

Nice to see a few pages dedicated to John, I really enjoy his little stories even if it is him in a bit of a conundrum. I feel for Jo, that is not really an easy place to be when you are friends with everyone involved and there is no real bad guy. Part of me hopes this leads to John / Victoria having more time together. I really liked the few pages of them chatting in the car together.

Those are not mutually exclusive. And he didn’t even admit he liked Alex until it was too late.

Nice to know even Jo dislikes love triangles. *Thumb’s up* Though her explanation hasn’t occurred to me in the same way, it does in fact jive with my own thoughts on it.

Did.. John get a shave since last comic?

No, it turns out that I’m a human being & sometimes make mistakes.

No fooling- I got so caught up in the story, I didn’t see that.

Was thinking Jo’s remarks cut him so sharply he got a shave from them. This is good too.

Ah, you mean all three people must be attracted to both of the other two. I see your point but, while that’s logical, I’m not sure it’s actually the definition of “love triangle.”

It’s even more frustrating when you’ve known the characters long enough to know that none of them are secure enough to have some flavor of poly arrangement. I would hate to see how much of a nightmare of jealousy Reggie would become, especially since he’s on a big upswing of growth right now.

John’s certainly not a bad guy in any way, but as I recall, he clearly and repeatedly rejected Alex, right up until she moved on. I mean, hey, we’ve all done mistakes like that, not appreciated something we had (or could have had) until it was gone, but it seems a little unfair of Jo to put him on the same level as this whirlwind romance between Alex and Reggie just because he’s having regrets. Especially since John doesn’t seem the type to struggle mightily in attracting women. ‘Course, I don’t expect Jo to SAY that either, but still, the situation seems less like a love triangle and more like a guy who is envious of another guy’s happy situation (and I have totally been there).

I can see that.

These are my opinions:

This might be TMI about me, however:
when I was in college, I had a chance to join a woman in a polyamourous-type romance, (she offered me this chance). She was very- pretty, smart, happy, friendly, + fun to be around.

But…soon after I got the offer, she let another guy into her group, + his actions, with girlfriends or not, were very stuck up, + insulting to a lot of people.

I ended up turning down this offer of hers, probably…most likely, because having a fun relationship with her would have meant I would have to spend a lot of time with HIM.

But, part of my feelings still tell me, from time to time: [Hey, you goof! You could’ve had a romance with a very pretty, + very fun, person! Why’d you do that?]

Oh well. sometimes you feel bad, about [not] picking up a relationship, that probably would’ve driven you nuts, if you had. Go figure.
:)

This is not an unreasonable way to define things. But I think the mainstream does not insist that in a love triangle that c must be interested in a.

There are also plenty of examples where one person can’t make up their mind between two other people. That would be: a c (Or if you don’t like left-arrow, b->a plus b->c) I think a lot of people would call this a love triangle too.

Oh huh, I drew a left arrow, and a right arrow, and I guess the markup system thought that everything inside the less-than / greater-than characters was one nonsensical tag, and doesn’t show it all.

That would be: a left-arrow b right-arrow c

If I could edit comments I would fix the previous one instead of leaving this one. Sorry about that.

It’s not a category in the mathematical sense, because A -> B and B -> C usually implies that NOT A -> C; instead, some degree of A enmity C.