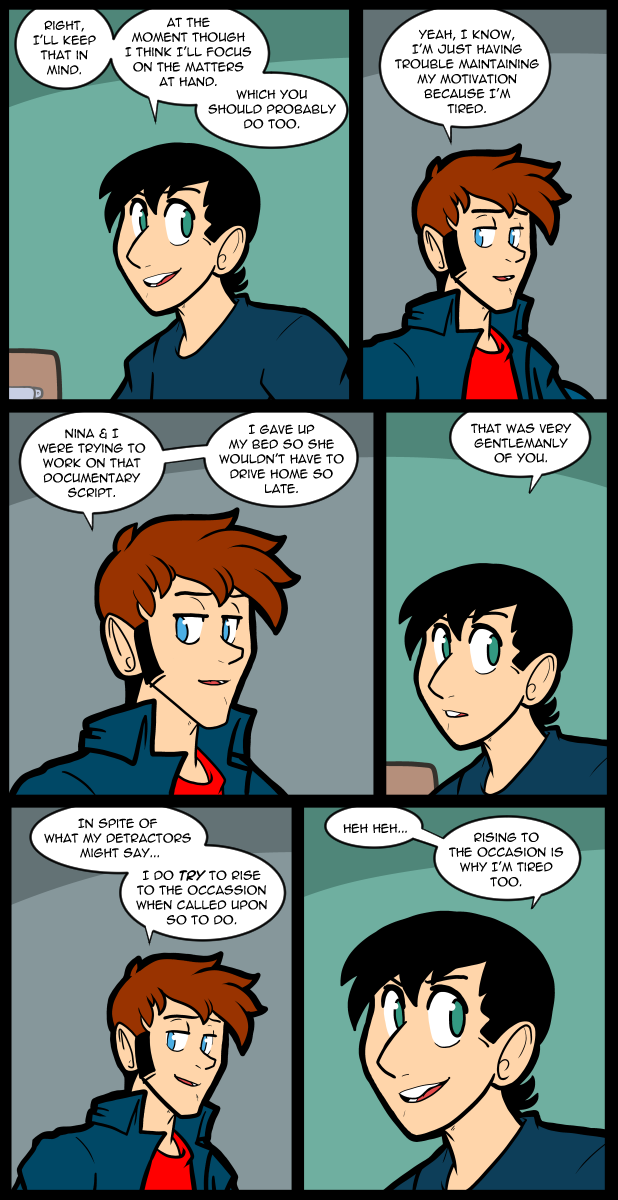 Hethander, many thanks to you. I appreciate the good turn.

There are piles and piles of boxes of mementos in the house & have been ever since we started dismantling my Grandparents’s lives. Grandpa is still with us, after a fashion, but in some ways he is also gone, so really there’s a preparatory aspect to the process in addition to everything else. There’s these little reminders of the past just kind of around in the corners of many rooms. Mom found a newspaper story from 1998, or there abouts, where I got interviewed about Magic The Gathering. Partially because since Kansas is full of dipshits said dipshits thought Magic was the work of the devil. I knew the guy who wrote the piece & he kind of wanted to help the gaming community get ahead of the stupidity. It’s not really a gripping read, but it does what it set out to do, which is show a bunch of harmless nerds nerding around & not worshipping Satan via a commercially produced collectible card game. I had completely memory dumped the entire affair. That was getting near the last year I ever played before I sold off all my cards. Looking at what Magic turned into over time it’s insane seeing what it used to be before it kind of turned on the people who got it to where it was.
Grandma saved that article, so a lost part of my own history was filled in again until the next time I forget. Ghosts of nerd past flickered across my mind briefly. I kind of wonder what happened to some of those guys. Almost none of them would be counted as friends & it’s hard to imagine any of them ever finding love & I expect that feeling would go both ways if any of them were reminded of me. Then again who can say. They might all be raising gaggles of greasy little nerdlings. Or maybe, in keeping with the ironic nature of genetics, children who are into sports and normal in the classic sense like their grandparents were & perfectly capable of being worthwhile adults. That’s an amusing thought.

I love the smell of innuendo in the morning

I want a Loony Tunes end frame on the last panel.

The appearance of Happy, Pleasant Reggie is good to see.

I enjoy Jackie’s construction of characters and then sometimes pivoting to unexpected facets away from the initial impression, giving a complex whole.

I started playing D&D in 1980, still do to this day, and yea that brings back memories. It is funny to see what the hobby has become as compared to those days. Our local librarian would not even let us read D&D books in the library back then, now it is considered fashionable to play.
I never got lucky enough to be interviewed about it though.

I don’t know if I would call being interviewed about any of it an expression of luck. It had, as far as I know, almost zero effect on my life until today possibly.

Reggie is pretty- charming + friendly, today.
I like it. :D

Hey, are you possibly referencing Flander’s of limits room that Bart gets into?

I have almost no memory of The Simpsons past common meme episodes.

They’re all men’s episodes though

I kept a couple decks of MTG on hand for old times’ sake, but haven’t played in decades. I think most of my cards are technically banned now because they go back to Ice Age.

Still, bet these kids today wouldn’t know what to do if a Red / Green cheese deck showed up. Old man still knows his way around a Disintegrate, whippersnapper. :D

Especially with some Orcish Lumberjacks to back it up.

Reggie Boothe: The Man with No Filter

For better or for worse