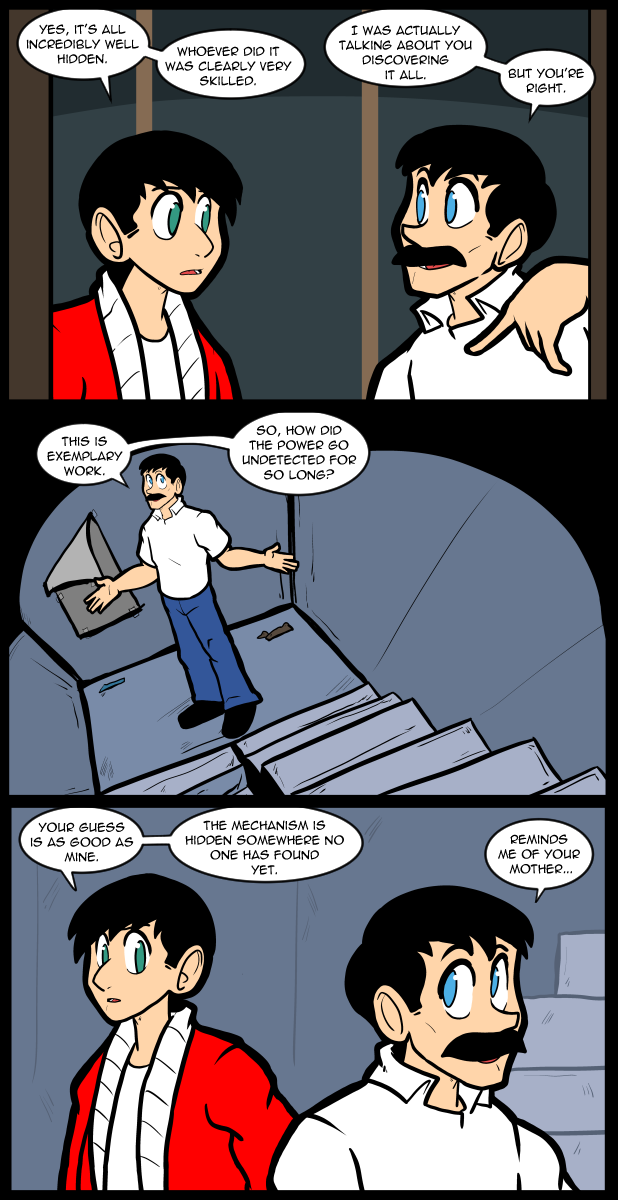 My stylus broke yesterday. The one I’ve been using for, like, 7 years. It may seem silly to someone who doesn’t do art, but it feels like part of my hand is gone. Hopefully I’ll have a replacement that is similar enough to make it feel normal by Friday. They are very expensive, but since so many people support me on Patreon I didn’t have to wait to replace it. They don’t make the exact kind I use anymore, but the next one up is pretty similar. The battery is smaller so it may be lighter, which I don’t like. I prefer a heftier feel in my hand when it comes to a stylus. I have a similar preference with women. Anyway, my backup one is so light & it’s rounded, which I don’t like.
The newest version of the Surface pen is slim & costs $100. I don’t like the look of it, but I expect I will eventually be forced to get one. Hopefully the new stylus will last for 7 years too. XD

I know what you mean about the stylus. I had a steel mechanical pencil all throughout high school and college. Plastic ones are too light for me, and steel ones sometimes come with cushioning. I loved that thing, and when it finally broke no other pencil could match up. Stylus is no different imho, just different medium.

That’s me and my Zebra M-402, my favorite mechanical pencil ever. For some unholy reason, Zebra discontinued them years ago, so I just have to see how long my hoard will last.

I too have a stash of discontinued mechanical pencils. XD

I feel your pain, I had two Staedtler mechanical pencils I bought for drafting class in university, I discovered they made great drawing pencils. Years (many) later, I let my son take them to high school for his art classes, and of course never saw them again. When I started drawing again, I replaced them with new ones, but they are slimmer and lighter than my old ones, and I don’t like the feel, I miss my old pencils.

Panel one: Garret comes through. He may be not so very practiced in directly saying such things, but that is what I thought he meant yesterday.

This is something I really like about Garret, he is Reggie. A better, more well adjusted Reggie, but still Reggie. It’s like he’s grown-up, become nicer and a better person, but still does stuff every now and then that subtly remind you he’s Reggie. Like telling Alex about the box of files in his car and telling her to drive it around. This definitely came off as more of an order than a request, though he doesn’t seem to mean it in any negative way, just a guy who’s used to giving orders and having them followed.

I am already a patreon, but I’d gladly donate to help with a new stylus. This is one of the few web comics where I Love just going into the archive and binge read from the beginning a lot.

I have savings to draw from, so I don’t need extra money for it. Just regular support is fine. I appreciate the thought though.

I think he wants an old stylus.

Careful if one of these large corporations find out one of their products lasted 7 years they will be looking to fire the guy who designed it. It was probably supposed to die the day the warranty ended.

My condolences on the missing piece of your hand.

Isn’t that what his friends told Sweeney Todd?

I’m only an occasional stylus user but I totally understand having a favorite writing/drawing tool. I wonder if it wouldn’t be possible to add a little weight to the new stylus to give it the same heft. I’m all for improved functionality but it is a pet peeve that things, particularly in the technology arena, get changed up primarily for the sake of novelty. There’s a special hell just for marketing executives.

Not just novelty, but it’s also a money making scheme. I dropped my phone the other day and the screen broke, couldn’t find a local repair place to fix it so I bought a new phone, just the newer model of the same line. I’ve been using this line of phones for years, and two models ago the camera/light was in a circle in the middle, last model it was in a rectangle on the side, this model it’s back in the middle but this time it’s square. So now I have to buy a new phone case, again, because the old one doesn’t fit, again. I swear, they move that crap around just to force you to buy new cases. At least I’m not using apple where they change up the ports every model as well.

The poster-looking thing, looks like a notice, to me.
Would you put up a notice, just for [you] to read?

I wonder- did someone else, besides the owner, visit this bunker a lot?
Hm.

It was probably put up for the benefit of his wife and child.

That’s a weird one. Maybe the ECU in the worst case? Or in the best case it’s a short in the battery terminal cable.

It could also maybe be a alternator, but I imagine you guys tried to jump it and if it didn’t start with that, then it’s probably not a alternator.