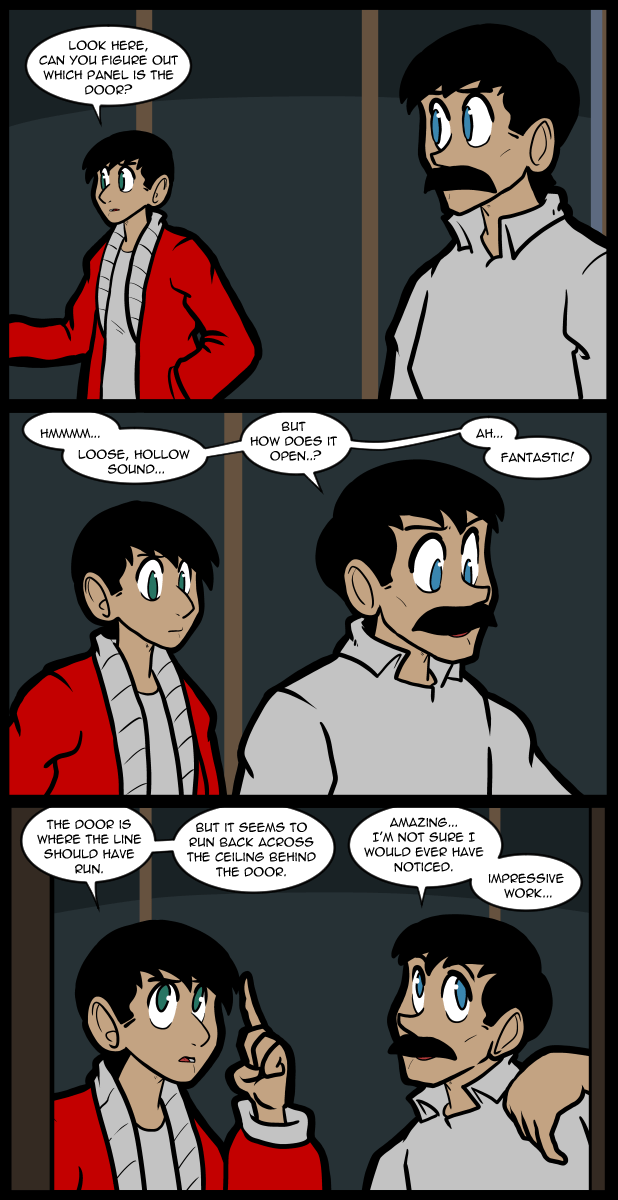 You know, I always think about streaming games because it seems like such an easy way to get attention. I never actually get around to doing it because I don’t really have anything to say about games while I play them. Also the kinds of games I like don’t lend themselves to streaming, I think. Maybe Splatoon, but even then I feel like I might say something inappropriate because I am so old being inappropriate is just part of what gaming is. It feels like I missed the window to do it. If I had the know how 10 years ago I might have been able to get in on it like Keemstar, where you can be a terrible person, but get grandfathered in because everyone else was at least as terrible as you at the time. I may have lost my window to be a streamer, but you haven’t lost your window to become a Patreon supporter of the comic, so you still have a chance to avoid that terrible mistake. I hope you consider it, before it’s too late…

I also am not sure about monetizing the last thing I can reasonably call a hobby. I draw for work now, so that aspect of my life is kind of tainted forever with the feeling of being connected to survival. It’s not the worst, but it is there. If I try to monetize every aspect of my life then everything becomes a job. Then again people get paid to just build lego sets on camera. I could do that. At least I might be able to. Pretty much the reason I started the comic was because I saw the people doing it back then & thought the same thing. It’s not rocket science. I’m quirky. Maybe people would like it. I dunno. I think about it more and more because I can’t shake the feeling that I could be monetizing my down time & the idea of wasting time bothers me more & more all the time…

I guess it’s a point of privilege to insist you need something that is just for your brain down time. Bread and roses are separate things and I think it can hurt if you spend all your time monetizing each moment of your life.

Wait, so what? Reggie makes that comment and his Father has literally nothing to say about it?

His silence says quite a bit. Lack of a ready answer, namely.

Mr. Boothe seems the sort to consider his words carefully before speaking, and previous comics show he tries to avoid taking bait when Reggie invites an argument like that.

Add to that, Victoria outright stated that she and Reggie’s tendency to snipe like that is a watered-down version of their mother. From experience, people like that can be worth the effort to deal with (as Reggie himself is), but you also have to develop a thick skin and a heck of a lot of restraint to avoid fighting all the time.

As her husband, Mr. Boothe’s probably got a lot of practice.

The entire scene seems pointless if it’s just going to be ignored. No point in even having it .

Just because they didn’t have a big damn blowout, with a bunch of screaming & crying, doesn’t mean it was ignored. Not everyone exists in a real housewives world of caterwauling & throwing things.

You can choose not to rise to bait.

But so few nowadays seem to have been taught the self-control and/or have the maturity to see any value in it.

Aye. But Reggie’s dad seems pretty damn cool overall, even without factoring in the awesome mustache.

The main knock against him is he has, seemingly more than he intended, aloof and formal.

I’m reminded of a really poignant scene from MASH, where Winchester is talking to Hawkeye. “Where I had a Father, you had a Dad.”

Was it bait? When I read the comic, it didn’t seem like a hostile challenge, just the sort of mild challenge people inject to make things interesting while talking to each other. Reggie didn’t have angry eyes or body language. Like if I was giving a talk and showed a problem and said “think for a moment how you would solve this.” If I did that I wouldn’t be trying to make anyone feel bad, just keep them engaged.

His dad is not withholding praise tonight, at least. Maybe on other occasions, but Reggie did a good job here and his dad is willing to say so.

Hmm. I may be hearing what I want to. I’m hearing his dad say “impressive that you figured this out” but he could be saying “this is impressive workmanship on the wiring.”

what about streaming a lego build? You could talk about the model and chat as it came together…

I follow about streaming. On the surface it seems so simple; play games and crack wise. There’s got to be opportunity therein. But it also seems like it’s so simple that it’s been done to death. You can only draw so much attention in a field so thoroughly crowded. You can only read so many books, and you can only listen to so many podcasts.

I feel like the whole streaming/online infotainment industry is just now beginning its adolescence. People have realized that there is money to be made but the questions of monetizing and what is acceptable content still are in flux. The comment about only reading so many books or listing to so many podcasts is accurate for the individual person. I will also agree that some topics are pretty thoroughly flooded. I only watch two gamers and one of those is a relative. The other side of this is that the audience is vast. Some of my interests which I would have thought of as a pretty small niche still have enough people interested in them to support thriving podcasts and video channels. You are going to have more difficulty breaking into the gamer or fashion influencer market but there seems to be untapped audience for other areas of interest.

Streaming does seem to be the big thing during this pandemic. But, if you don’t have a gimmick to separate yourself from the rest of the pack, you will be lost in the shuffle.

Still, I would give it at least a college try. Doing an art stream does have some interest and it can help boost eyeballs to the comic itself.

I am thinking of starting a Twitch stream myself with my own gimmick but it needs careful planning.

Streaming can be very oddly draining. The only way it can not be so is if you’re not paying attention to how you’re behaving at all and don’t make any attempt to engage with/interact with/ see if you even have an audience. Even if no one is watching at the moment, you have no idea when someone is going to pop in.

I made an attempt at one point and spent months doing streams for 8hr+ a day with 99% of the time an audience of 0. Had like 1 semi regular viewer. How does one even gain viewers if no one is going to check your stream?

It’s a problem for writers, too. It’s hard to get published, even for good writers. And once published, it’s still hard to get an audience, even for excellent writers. There are a few best-sellers. They get known by the public (somehow) and they are the easiest for potontial readers to find. A positive feedback phenomenon. Equally good books languish on the bookstore shelves because no one has heard of them.

You can always stream and just hope Mr. Beast drops a pile of money in your account. Or, find an attractive girl who wears minimal clothing and have her pretend to be playing while you control the action. Less extreme would be to at least commission an attractive…avatar or whatever they call it for v-tubers, because that’s apparently a thing that works for some reason.