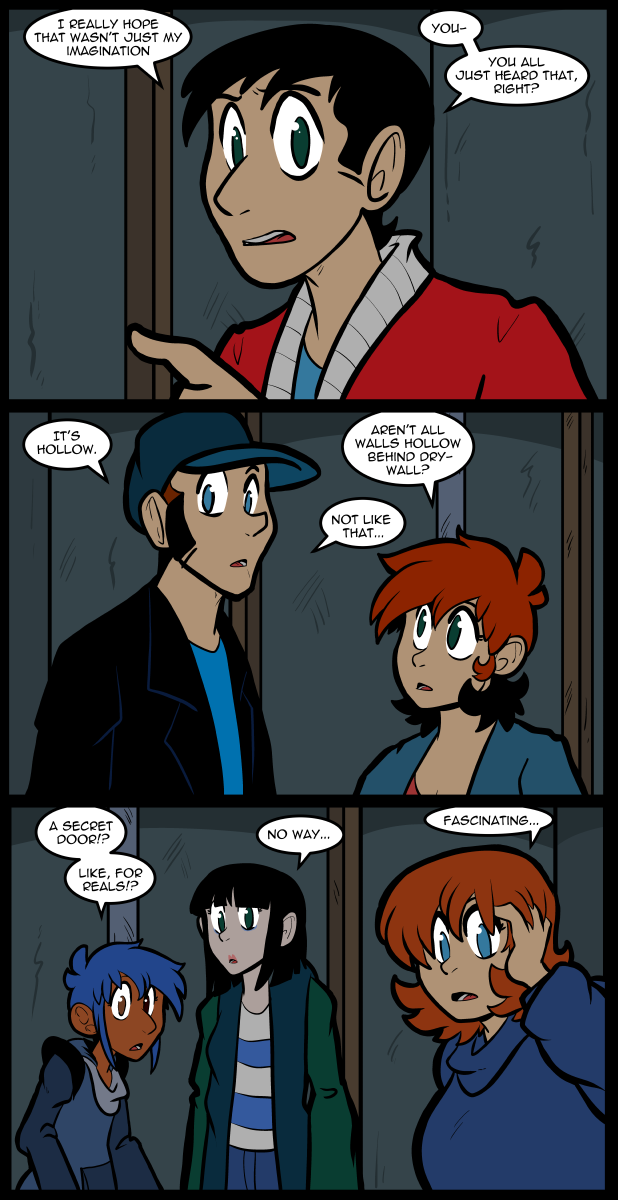 I have to say, it was a little weird typing 2020 in the date range. At least in part because everyone keeps saying it’s a new decade so my brain keeps trying to tell me it’s 2021. I guess it depends on when you start counting. Anyway, nothing is going to change, other than what I typed on the page date this time. Nothing I was told we were going to get by 2020 has appeared. No moon base, flying cars, jet packs. At least iPods are pretty cool. I like having a computer that connects me to people every moment of my waking existence way better than stuff that flies. I’m terrified of flying. I only like the concept of the moon base because of discoveries that will improve my surface dwelling life.

Anyway, I got a resin printer for Christmas, so if any of you have any hot tips on what software I should learn to start making awesome things to print let me know of them. Obviously I want to do character figures at some point, but if I can just get to where I can make custom Transformer guns & stuff that would be a good start. It’s an Elegoo Mars, which is the popular budget unit going around youtube at the moment. I don’t have all the stuff I need for safety so I haven’t done a test print, but it appears to work as far as I can tell.

As long as I’m thinking about it, thank you to the various people who sent me anonymous gifts this year. You found a way to stop me from offering you drawings in return. Although if you can tell me what you sent me I’d still do one for you. I assume you didn’t tell me who you were specifically so I couldn’t. In any case, thank you for thinking of me & for trying to keep me from adding more stuff to my list of things to do.

My entire life is a huge mess right now. There’s boxes all over, my stuff is in complete disarray. I’ve basically lived in my bedroom for 4 months because of the random sicknesses I keep experiencing. My weight is the highest it’s ever been in my life from the lack of activity, which is destroying my joints & back. I am doing better recently though, so maybe I can turn that around. Get things cleaned up so I can throw out my old bed & get a new one.

It all started with my shoulder getting badly messed up, which set me to staying in bed because I couldn’t get up and down from the floor anymore. I didn’t really talk about any of it at the time. At least not in enough depth for you guys to know exactly how bad it was. All my plans outside of doing the comic and patreon stuff just sort of deteriorated from there. My lego project stalled out & someone kind of beat me to a different version of my basic idea, which took the wind out of my sails. I kept adding more and more stuff to my art workload too, which kept me from having time to even move around. I’m going to try & not say yes to every project that comes along now. I just can’t work fast enough to keep up with the constant stream of things. At least I’ll think about doing it. Chances are I’ll just keep doing what I always do & reach well past my abilities at all times. XD

Things are okay, except when they aren’t, but I’m glad you all come here, day after day, to watch me dance. Serving you all has been my most rewarding experience out of any job I ever had. Hopefully you’ll still enjoy my services in another ten years…

Depending on when you start counting.

I remember going through this whole debate around the turn of the millennium, and the general consensus was that *yes*, 2xx1 is the start of the new (millennium, decade), but 2xx0 is the more important number to people.

Technically, both sides are correct if only for the notion that a decade, century, millennium can start at any time provided that they end 10, 100, or 1000 years later.

Except, Morriy, there was no year zero. When the current Gregorian calendar was set up, it went from 1 BC to 1 AD (1 BCE to 1 CE for those of you who feel you must). Even other calendars that exist (Jewish, Chinese, etc.) have no year zero. THAT is the reason decades are slightly off.

Zero exists in the Bhuddist and Hindu calendars.

The astronomical calendar also has a 0, because otherwise the math breaks. 1 BCE is astronomical year 0. And has been occasionally used as such for 300-400 years, more commonly since then.

Dave Barry, as he is known to do, settled this all wonderfully with a look at the history of the millennium 1000-2000.

And so let us now press the “rewind” button on the VCR of time. Let us travel back together, back 1,000 years, back to …

This was the historic day that humanity celebrated the dawn of our current millennium. The occasion was marked by feasting, dancing, and the public beheading of a whiny, tedious group of people who would not stop insisting that, technically, the new millennium did not begin until January 1, 1001.

Happy new year, Jackie! For what it’s worth, I’m glad we’re both here for the mutual benefit of creating good art and being able to let you know I appreciate your good art whenever I remember to write a comment. Lopsided though this definitely is, I’m glad there’s some small way in which we can give each other a modicum of support through hard times. Best of luck in the new year!

Since there was no “Year Zero”, technically speaking a decade goes from ‘X1 – ‘Y0. That said, calling “2030” the last year of “The 20’s” sounds wrong linguistically, so we collectively short-changed the first decade by a year. It’s not “technically” wrong to call this year the end of the “10’s” decade, but everyone else is going to call this the first year of the new “Roaring Twenties”.

say what, Alex we get to see eyes! Well if that’s not foreshadowing…

That’s what I was thinking. Yeah!
All the big, spooky eyes,in the last panel, remind me of the Grandpa + the bottle of Pepsi-scene, in The Lost Boys.
This is getting scary! ;)

I know! And just when I thought I couldn’t find her any more attractive…

(Okay, she doesn’t need glasses. But maybe in a decade or so, she will.)

Forbidden fruit is the best fruit after all!

The big reveal for 2020! Nearly as momentous as carol and Thomas’s first kiss.

Actually, as shown there has to be empty space on the other side of that wall. Drywall is attached to studs and the studs are shown on the near side of the drywall. After all, one does have to be on the drywall side in order to nail or screw the drywall to the studs. Unless, magic?

Last I recall, a typical wall construction is a layer of drywall over the top of a layer of insulation between the wall frame boards, with a layer of plywood / wallboard on the other side, then any applicable siding.

Given that they’re currently in a basement, that’s an even bigger proposition, with drywall over framing boards against a concrete foundation.

I guess some construction companies do things different, but in most houses I’ve lived in interior walls had no insulation. If they did you could tell the difference easily.

The version of ChiTuBox that Elegoo suggests/gives with the Mars is solid and usable. My workflow for printing minis/figurines is to use the orientation tool in meshmixer, export back to .stl, then create supports in ChiTuBox.

I’ve had fair success that way, printed several parties and one oneshots worth of models with very few malformed prints. Send me an email if you have any questions!

I second what bozotexino said. As a resin user also, you really wanna learn the in’s and outs of Chitubox. Level your build plate and stock up on resin. And have fun! Welcome to the maker world :)

I would be more of a pedant about when a decade begins, but I was on call for IT when Y2K happened, so I am practical about it. Like 99.999999999% of everyplace else, we got our stuff done properly so there was no aftereffect.

Most people have no idea how much work it takes on a computer system to make sure that “nothing happens”.

My experience is primarily in the remote control airplane world and using the K40 laser cutter. Getting the most out of one of those things is a hobby in itself. 3d printing gets used a lot for making detail bits for scale models and I hear those guys talking a lot about using a free version of Fusion 360. It will be a time sponge at first but finding a good discussion forum can help with tutorials. Hope you have a healthier New Year.

For designing artistic 3D stuff, best start with Sculptris to get into it.
It’s not the best for weapons and stuff, but phenomenal for creatures of any kind.

I’ve always felt that since a new day starts at midnight, not 1 am that a new decade should start on year zero of that decade. Claiming something starts when it turns to 1 is weird.

I also give literal zero fucks about New Year’s though as it’s arbitrary as fuck. Beyond the stat holiday pay, that’s always nice no matter what the holiday is.

Happy New Year! Just think we are alive for the new Roaring 20’s!

Of course, that was followed by the massive depression in the 30s…

and of course a world war in the 40s…

good. in the thirties we’ll get a revolution or, failing that, in the forties we get world war 3. and to top it off we get a party beforehand. this will be a good century. (i’m including the war as good because it could also spark a revolution)

Meh, I’m not so hip on revolutions. They tend to eat their young. The only reason it didn’t happen with the American revolution is that they were too busy killing off a continent full of locals.

Not to mention, Epoch just turned 50.

Didn’t Alex show her eyes once before? Some sort of cosplay?

They’ve been seen a few times including the one you cite.