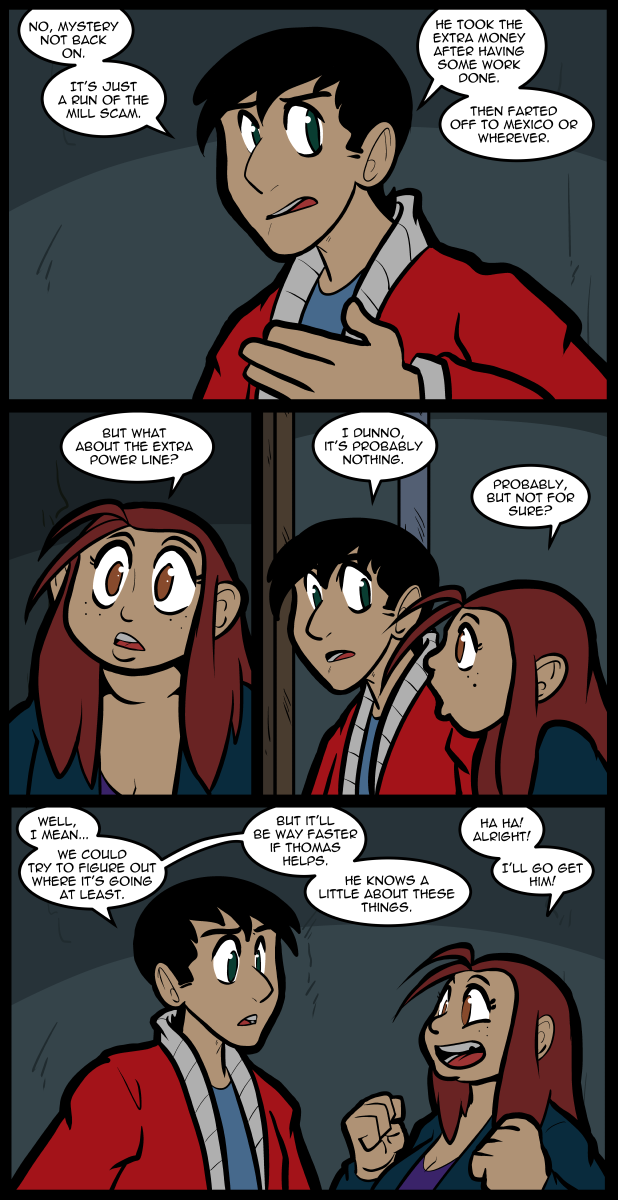 Well, I’m in Christmas recovery mode. I’m vaguely sick with nonspecific symptoms that come on after having interactions with other humans two days in a row. Hopefully it’ll pass quickly.
It was a nice holiday. My cousin Jake and I discussed how the powers in the Marvel movies are wildly imbalanced & not comic accurate based on existing continuity. His main argument is that the Hulk & Thanos shouldn’t have been harmed by the gauntlet. Which is a perfectly valid argument.
Anyway there is too much noise in here at the moment so I can’t think clearly. I’ll update more later.

Do we have a pun jail?

Yes, but everyone is quickly discharged so it has an effectively infinite capacity. This leads to there being no effective resistance to puns.

Watt’s the matter with puns anyway? We should certainly pun if we get the ergs.

Well, they certainly Amp me up when Ohm getting low …

I like puns. I see no reason to resist them.

There must be.
Otherwise, how would their be proper pun-ishment for these jokes?

“Hulk & Thanos shouldn’t have been harmed by the gauntlet.” and Hulk has a healing factor up the wazoo anyway, so should have healed from it in like 5 minutes.

I think they’re about to disappoint a lady hankering for more than that, if they interrupt Thomas and Carol…

Thanos, Thor, and Hulk are actually severely Underpowered relative to their comics incarnations.
Which wouldn’t be a bad thing if, in fact, some other characters weren’t absurdly OVERpowered.
Captain Marvel, for instance, is a lot closer to her “Binary” cosmic-powered, Near-Silver Surfer “godhood” level than her modern comics Captain Marvel levels.

I suspect some of Captain Marvel’s OP-hood is politically motivated.

Marvel? Politically motivated? Nah, not a chance. They only publicly threaten state legislatures with financial blackmail if they don’t do as Marvel’s CEO instructs. There’s absolutely nothing wrong with that picture.

Sorry, but I’m tired of Hollywood telling the rest of us how to live. I don’t need a nanny, and even if I did, I sure as heck wouldn’t choose any of them for the job.

I’ve often wondered on that point. Healing factors are great and all, but all these “return from being a pile of ash” heals strike me as a bit too far.

Maybe the power line goes through a door…a door hidden by a book case.
So, when they come to the end of the power line- Reggie + Patricia find…..Dexter’s Lab! O.o

Dee-dee, no! Not that button!

For someone who just wandered into this endeavour, Rulette is pretty into it.

Nice to see the curtain pulled back just a little bit more on her character.

Yes, what ABOUT the extra power line, Reggie?
Do you like BREATHING, Reggie?
Don’t shit on our adventure, Reggie.

Man Reggie seems really against their being a mystery here, to the point that he’s overlooking some previous obvious details. Like if the guy just took some money and ran, why’d he leave EVERYTHING else behind?