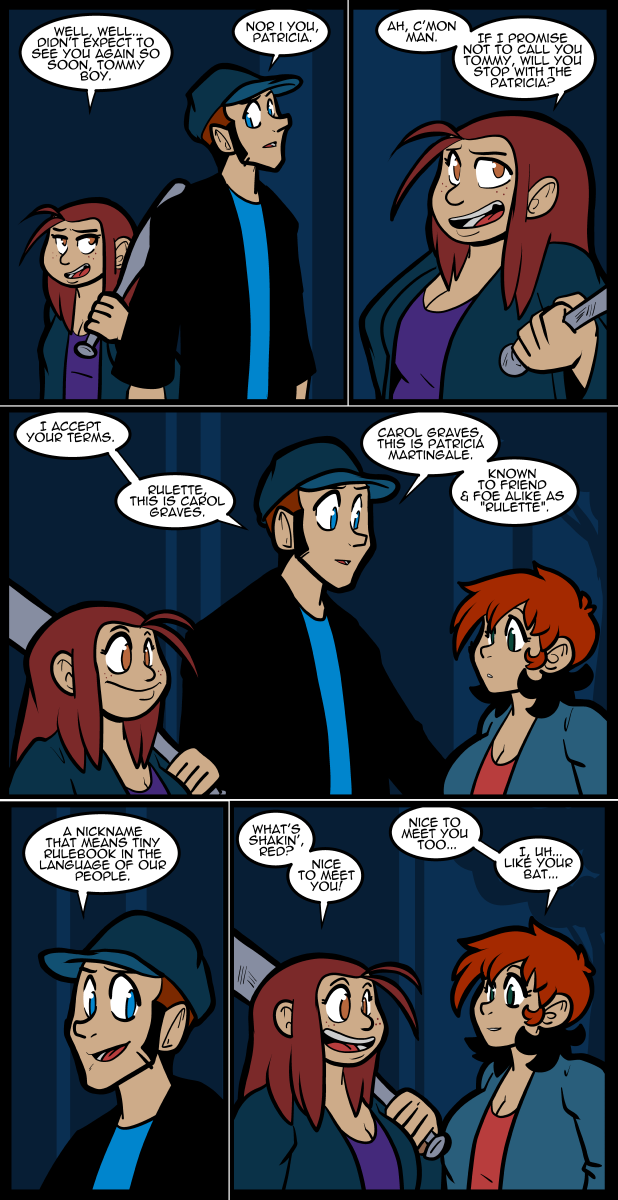 People rarely do introductions anymore. Or at least they didn’t very often when I was around people regularly. When I was little they actually took time to teach us about introducing people to each other and other forms of etiquette. Honestly, a little time spent on buying a car, or balancing your checkbook might not have gone amiss, but there we are. That’s not to say that there’s no value in etiquette lessons, just that maybe spending a day on some other things might have been a good idea rather than the time we were instructed on how to best cheer at sporting events. Introductions were always something I wanted since as a shy person a little ice breaker would have been nice, but they had fallen out of favor by the time they would have been useful to me. For my part I tried to introduce various friends to each other whenever I could, rather than just letting things go however they went, but sometimes things are just moving to fast & you can’t do a proper introduction. Anyway, maybe it’s just an archaic thing that I have in my head because my schools were caught between modernity & the rites of ancient times longer than other establishments.

After Shaggy, Blue, Specs, and Biggie, we now have Red.

Given her nicknaming everyone else, I wonder what Rulette would select for Thomas. (We haven’t seen that yet, have we?)

Well, the first line today have her refer to him as “Tommy Boy”. I think that counts ;)

I liken that to the snarkasm that is calling her Patricia.
Mind, still better than Pat which as a kid you did to a cake and not actually a name.

Unless you come from a largely Irish family, in which case there are several, both male & female.
Of course when the other side of your family is largely English & Scots, you have a lot of Thomases as well. And not the english muffin kind.

Are they better with or without Robertson’s on top? ;)

Who is Robertson’s?
…And can I have her phone number??? ;D

I think introduction are actually really nice. I usually don’t do any, but I’m often criticized bc of that

In watching a young relative (7 y.o.) on a play ground in Europe, i was surprised to see him walk up and shake hands when greeting with classmates he saw just the previous day. I asked and he said, “Isn’t this how you greet someone?” Not merely a Hello, but a Hallo & a handshake.

Introductions are making a comeback. We’ll bring them back.

It sure beats “Hey you” which irked me to no end for the longest time until I gained some notoriety.
Latter on in life people actually bothered to remember my name or, as I also tend to forget names easily like some, be diplomatic with informal conversation.

Today I think introductions are replaced with liability waivers and consent forms.

To some degree, it’s still around. It really depends on where and how you were raised.

Apparently, it’s not okay to introduce people to other people without asking how they want to be introduced. As my friend in Jersey said, “If you introduce me to your friends by any other name other than my accepted nickname, I will f**king stab you.”

New Jersey and their ridiculous nicknames.

At least you know where you stand with a person like that rather than “are they truly my friends or are they gonna cloak and dagger me at the first opportunity?” you get with some. They could also be half joking.

True, but you’re still going to be in a position of choosing your words carefully.

And if you’re face-blind, you appreciate introductions to people you already know.

*Looks nervous*
let’s all be friends with the goofy-looking person, with a bat, in panel 3. :)

Introductions are very useful. However, I am awful at giving them because most of the time I’ve forgotten who at least one person in the group is. I’m really bad with names, faces, and pretty much any personal details, so I try to avoid having to introduce people as much as possible.

I’ve skipped doing introductions, forcing the new person to introduce themselves to everyone, just so I can re-learn the people’s names that I’ve forgotten. Feels real bad, but it’s a valid technique.