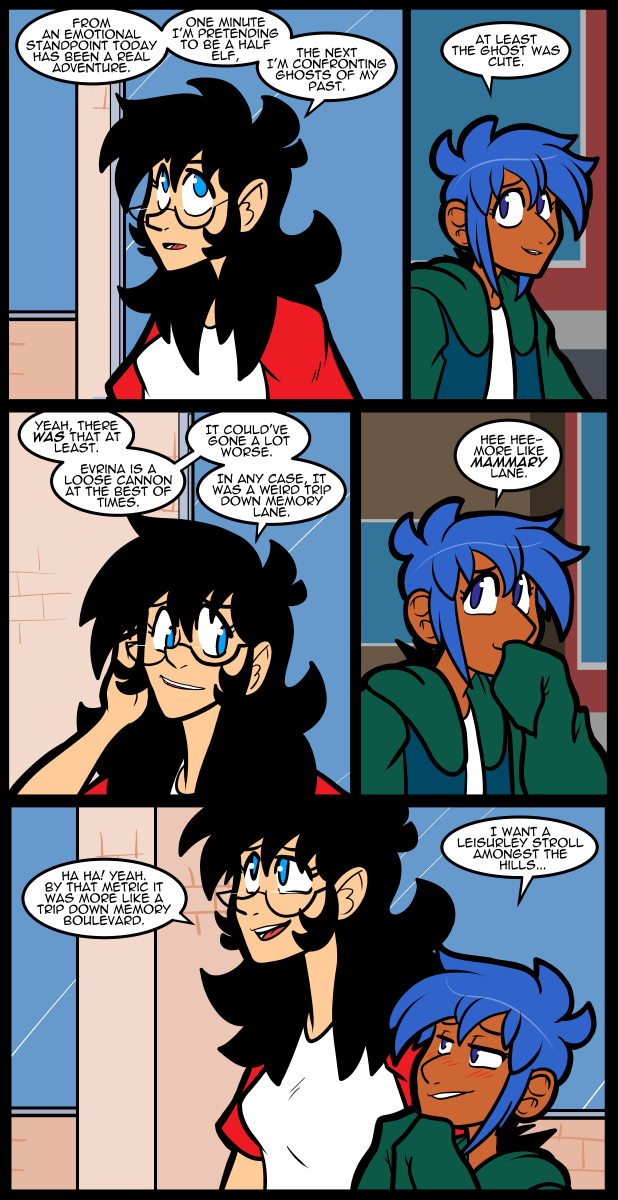 My allergies have been bad on a level that’s totally beyond the pale for the last 2 days. I was going to use the eye drops I had but the bottle has gone missing. I only use the stuff in the most dire of circumstances because it seems like it gives me a headache sometimes, but I guess the point is moot since I can’t find he effing thing. I think it’s possible that things are being exacerbated by needing new glasses. My eyes get tired a lot faster recently & it makes me dizzy as they try to keep up. I stepped outside today & the smell of plants having an orgy was everywhere. It has rained so much more than usual in the last couple of weeks that the plants, which are usually on the verge of death, are having a field day, so to speak. I’m sure the dogs are rolling around in it and bringing it inside. I’d shave Crow if he wasn’t so terrified of everything. Not only would it keep him from dragging in so much filth. but he also likes not having long fur.

Heehee. Jo is really getting un-shy about this. And the looks she has in the last two panels!

sure that ghost can come to haunt me anytime

Jo is hoping for a river in those hills so she test out her motorboat.

Sorry to hear your feeling rough, i hope you find your eyedrops and are able to get new glasses soon.

*innuendos intensify…* I’m looking forward to how the situation over the next couple comics will develop.

“I want a leisurely stroll amongst the hills.”

I live in Nebraska, so I understand the whole outdoors thing.

The rain has literally flooded my state into a standstill right now. Omaha – being on the Missouri River – has so many highways you can’t use due to all the excess water being released and from rain, etc. The standing water in some places has started to get mold, and my allergies are going through the roof!

Lincoln-ite here we have missed out on a lot of that but I have some friends who are dealing with it in your neck of the woods.

If you have your prescription (and in particular your pupilary distance) you can get single vision glasses from Zenni Optical(not bi focals or no lines like I have) for under 10 dollars. I got a pair with a saddle bridge and a tint for under $20 shipped. I would be hesitant to get bi focals or no lines online though. They were as good as most glasses I’ve had, and better than some.