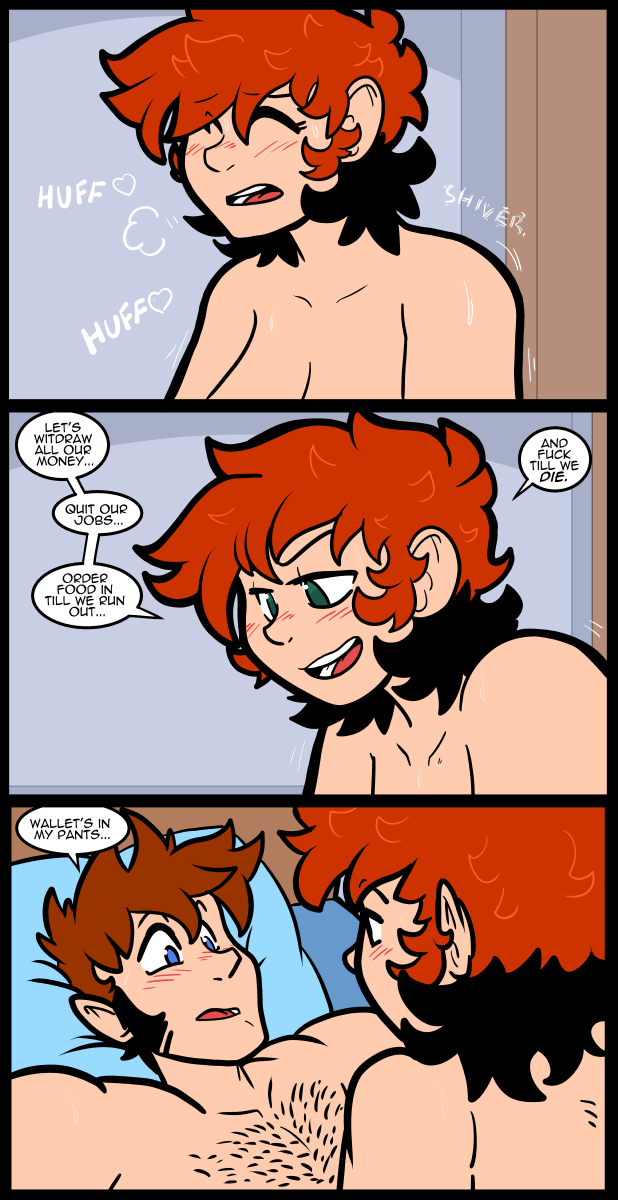 Since I’ve been playing South Park games I can’t help but hear Chef singing I’m Gonna Make Love To You Woman (Love Gravy) when I look at this page… The story of Isaac Hayes falling out with the creators of the show is kind of sad. He died before they managed to make up with each other. Che’s character arc is really brutal because of that. He’s a boss at the end of Stick Of Truth and there’s one other little nods to him in the game, one of which is his abandoned PO box. When you find the key for it whoever your buddy is will say a little something about missing him & it’s kind of touching. His songs play in the background of some areas. They audio is taken directly from the show for some reason. If you listen to some tracks long enough you can hear other characters begin to interrupt him. My guess is that the audio from the show doesn’t require getting legal permission from Hayes’s estate.

The start of Fractured But Whole begins right where Stick Of Truth left off and the town mostly conforms to the map from that game so far, which I really like. The idea of the town having a consistent map is cool. The insides of the houses are different in slight ways. Like rooms being in different places sometimes. I really like that they made the story the continuation of the games the kids want to play.

I LOVE that plan

That’s an interesting metaphor for a dead-end life.

That said, there are certainly worse ways to go; Rulette’s Dad being a prime example.

I don’t see Rulette’s dad as necessarily having gone out in a bad way.
I mean, he didn’t leave the mortal coil with dignity and no one will ever build a monument to him, but he died doing what he loved. And what more can any of us ask of life?

I can agree with that.

Well let me tell you I do not want to die in the middle of something I love. I would much rather drop with a snow shovel in my hands, even better if it happens on the
the first shovel full. I have informed my daughter-in-law that if at my memorial anyone says “well at least he died doing what he loved” she is to punch them in the face.
love to all
ulrich

That’s true.
I wouldn’t feel to badly, if I die while cleaning out a cat’s litter box.

Or things like adding basements to houses that didn’t have those doors before. I enjoyed it while I had the two pack but sadly mine got stolen and I haven’t rushed to replace it yet.

I’m trying to decide if I want to get the DLC or just play the game and be done with it.

The Casa Bonita DLC is pretty good, but Bring the Crunch is kinda meh. Great music though, big fan of john carpenter style. Wait for a sale on the season pass to get it.

Thanks for the advice.

You know, I didn’t really enjoy the ending of Fractured but Whole. It was a great joke and all, but it seemed like I played all the way through that for a comparatively unsatisfying payoff.

I love it when a plan comes together. Or you and your significant other.

I would assume the NSFW version of this lol

One film said-
the boss at the restaurant, where Bruce Lee worked, thought he was smart, + prone to find trouble.

take this money. Take it + get a college degree. or…take it, + take your girlfriend out to a hotel, + have lots of food + SEX! If you don’t take the college option, great! You’ll just come back + be stuck as my dish washer.
{She sneers + and says]- And I can always use…A GOOD DISH WASHER!!!

Were you having a stroke when you wrote this?

Heh, heh!
When writing that- I was up late, + trying to write a quick comment, before “caring friends” could come in and scold me…for staying up so late, so- yeah…I was KIND OF out of my gourd, back then. My apologies. :)

I didn’t find any quotes or scripts that mentioned any of that.
I also don’t remember that scene from “Dragon:The Bruce Lee Story”.
Mind you my Google-fu is not that strong.

What I did find more appropriate in general.

“Linda Emery:
[Sees Bruce pulling into the driveway in a new car]
You steal Steve McQueen’s car?
Bruce Lee: He stole mine.
[Stops car]
Bruce Lee: Come on, get in. we’re late.
Linda Emery: Okay.
[Opens front door and settles herself down on Bruce’s lap]
Bruce Lee: What? Linda… Hey.
Linda Emery: You do the clutch, I’ll work the stick.”

Sorry [notsorry] for the pun

The scene that I remember is from the film- “Dragon: The Bruce Lee Story”.
I guess the scene happens kind of quickly, or maybe it was cut down.

The scene is described in wikipedia’s article of the film, over here:

The scene is in the paragraph, that starts with: “In America, Bruce works as a dishwasher at a Chinese restaurant, until a violent brawl…”.

Thomas withdraws, and then advances! :)

Of the various ways to die, this is pretty top of the list.

And then keep going and starve to death like lions.

Holy cow, that first panel.
Um, wow.
I… I think I need a cigarette…

I hope that I die in a way that is hard to clean-up, highly publisized, generally a great deal of bother to everyone around me, but only kills me.

I think, in the film, The Royal Tenenbaums, a guy puts a false event on his tombstone, like:

Drive a bulldozer off the top of the empire state building.

I should probably point out that I am not recommending that you do this.

But if you do, I will dress up like the grim reaper and hang around your funeral service.

For my taste- bulldozers are kinda heavy.
Maybe a Michael Keaton-like Batmobile, with gold + purple accents, instead?
:)

Does the store has a matress on the storage?

The problem with that plan is that you have to time it so you both die at the same time, otherwise you end up with one very upset accidental necrophiliac.