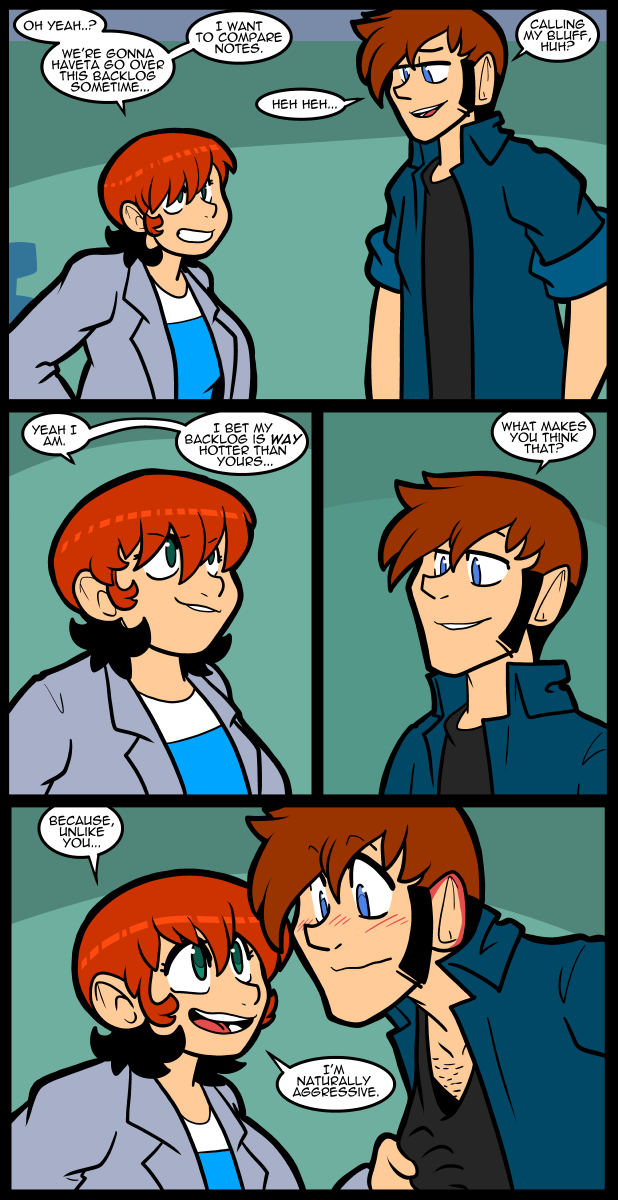 Carol & Thomas have sort of opposite personalities of what they should if you go by traditional gender roles. Thomas is very passive, avoids conflict, and does things behind the scenes whenever he can. Carol is forward, combative, aggressive, & doesn’t generally hide her motives. A lot of the time her personality is framed as unpleasant, but she’s actually very truthful and easy to deal with compared to Thomas’s sneaky nature. Framed in another way she would be the obvious hero & he would be the wormy guy. I like upsetting expectations, but from my perspective this is normal since I’m a very passive person who sneaks around. Really though, none of the girls are “girly” in a traditional sense. Not that women like that don’t exist in reality, I just find it hard to work with since I very rarely encountered it in my life. Of course, as I’ve often shown, people aren’t ever just one thing. Shy people can be open and aggressive in situations where they feel comfortable and extroverted people can whither in places they feel uncomfortable.

I’ve found all the girls in your comic girly in their own ways.

dude, prepare to get DESTROYED

“Tradition is a clock that tells what time it was.” Figuring out one’s own relationship dynamic as one goes along is half the fun. Or so I understand. :)

It’s funny; they can talk dirty as much as they want, but it isn’t until Thomas’s ears get red like that I feel like I’m butting in on a very private conversation.

It’s kind of how I show when the characters are at their most vulnerable and real.

Your characters could cheat, by rubbing lipstick on their ears. ;)

Nice one. No, not her, the dialogue – well played. *own ears turn red*

I certainly wasn’t trying to say that. Still waters run deep and all that.

But now…
I realize that I’m arguing with Carol, who is a cartoon character, so I guess I’ll drop my line of thinking, now. :D

I love upset tropes. :) Except in superheros, apparently; I goofed pretty badly in a comment on Evil Plan. That was a sudden major twist against genre, though. I wasn’t expecting it.