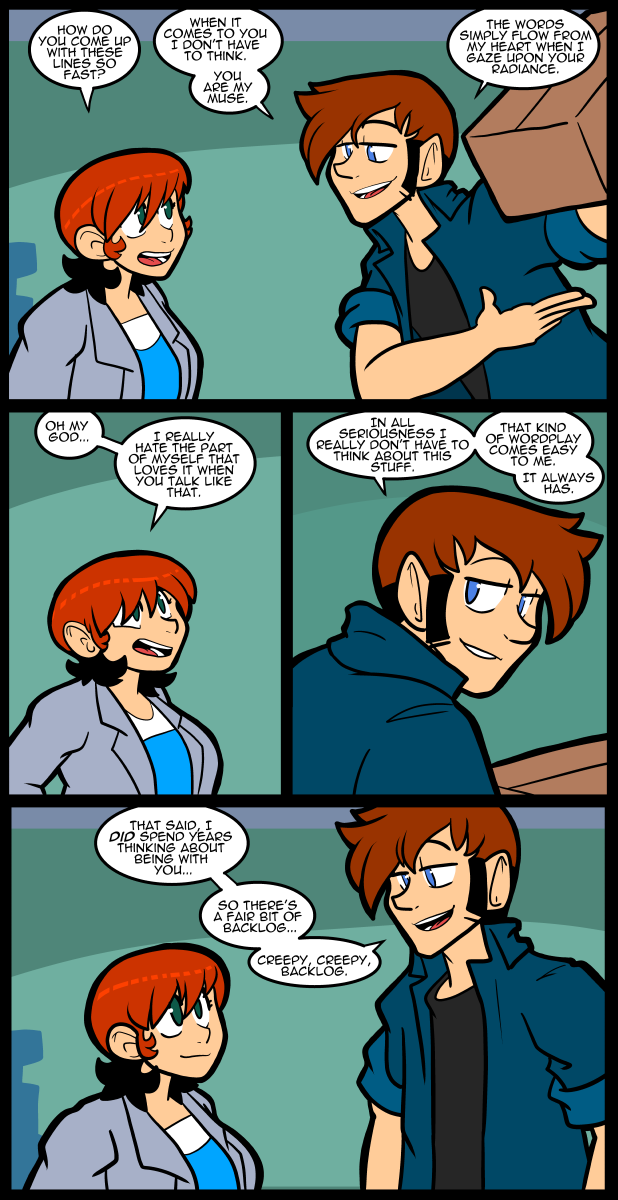 I just found out that Adam Ellis, who’s that one cartoonist for Buzzfeed, makes “real” paranormal videos. I saw the videos ages ago, but I didn’t realize it was him doing it. There’s so much garbage surrounding the whole story I couldn’t find if he ever casme out and said it was all bullshit or if he’s still peddling it as a real thing. It’s just a weird thing I heard today & because it’s a comic person it caught my attention.

Anyway, I felt really sick last night for some reason. Well, and still today, but whatever. I fell asleep at one point and then woke up and the fan was off and my computer was moved slightly. So now I wonder if I did it in my sleep. If so that would be my first ever sleepwalking incident. I have no memory of turning off the fan, there was no power outage, so I don’t know why it happened other than I must have done it in my sleep somehow. Since I was feeling sick it freaked me out way more than it should have for some reason.

The only good thing about Wednesdays a new between failures.

This Wednesday is exceptionally good, my dudes.

(or, as I call my birthday, National Brownie Day).

i know what its like to get freaked out by your body doing odd stuff.., anyways i hope you feel better soon jackie. *big hug*

My brother from another mother XD

I take it you aren’t a fan of the “Piecemeal Paranormal,” Jackie.