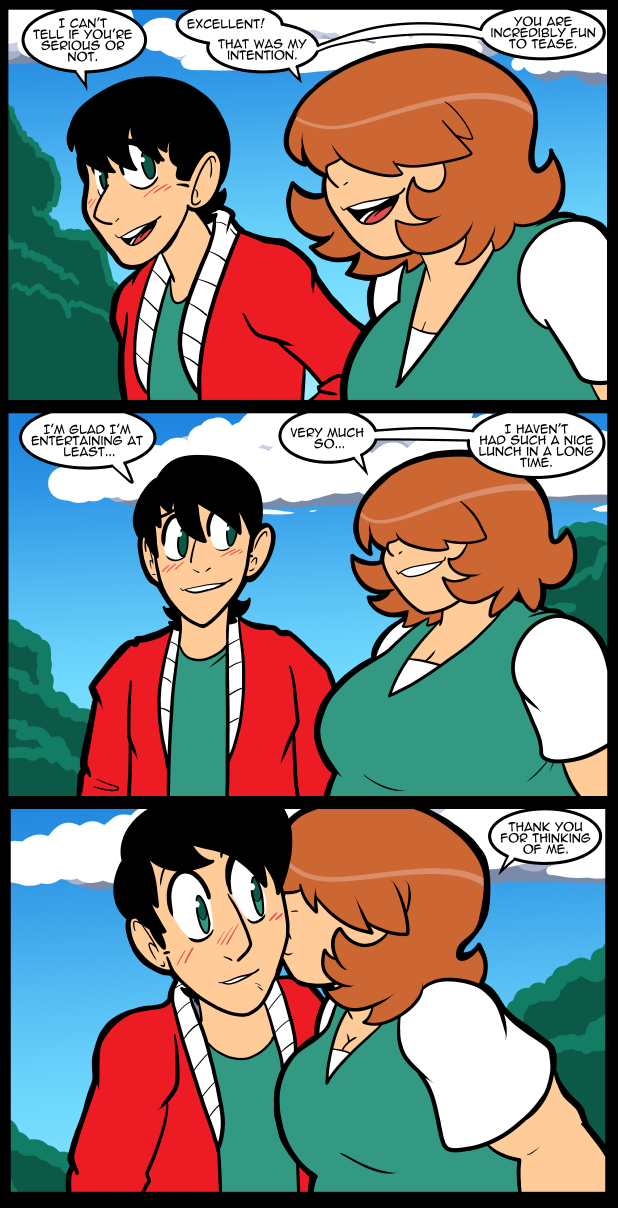 Reggie gets all the ladies.

The other day the Teen called my mother, but she was driving so I ended up taking her call. She’s been working at a place for quite some time now & since she’s honest & shows up to work she’s sort of fallen into the management program by default. Honestly, that’s not an uncommon way to rise to power these days. The bar has been lowered so much that just doing anything above the bare minimum can make you a candidate for promotion. I suspect she’s more competent than other people too, but that’s just a guess. In any case she’s trying to go to school so managing a place that is in a perpetual state of falling apart isn’t part of the plan, but she didn’t know how to back out gracefully. That’s something I have some experience with, so I instructed her on it briefly. She already has another position lined up, so no matter what happens she’s fine, but she didn’t want any hard feelings.
She’s talked to me about the state of this place a few times & the mismanagement is frankly appalling. I can’t say it’s a surprise for the area, but it’s impressive how bad the turnover is. The hiring practices are garbage bordering on harassment in some cases. The managerial oversight is limited at best. The workers have essentially revolted on at least one occasion. It’s just the worst kind of disaster zone & I can’t believe no one is getting food poisoning regularly.
All of that said, if a person wanted to get ahead quick & didn’t mind hard work they could take over and rule the place so easily. Places like that are full of easy opportunities for the industrious. A friend of mine has been rocketing up the ranks of a place he just started at a few months ago. Starting from stocking frozen food to running all the grocery stuff for part of the chain soon. He’s got a no nonsense attitude, a clear set of goals, and a plan to enact them. They have been shocked at his extreme competence. People waiting for promotions for years have given up on them because they know they can’t beat him as far as work ethic goes. Honestly I feel a little bad for them, but at the same time their jobs are going to be way easier because he’s streamlining everything as he goes.
Earlier in the year he was in a really bad place, but now he’s on top of the world. It’s nice to see someone you know is a capable person succeed.

Well, now I have something else to which I can relate with Reggie. We are perfectionists in the workplace, and we’re incredibly entertaining to tease. Especially in regards to our wording of comments.

This is especially true in retail. Most don’t really care about their job to be fair there not paid enough to care. And for those of us that do care we can forget sometimes to have a little fun and joke.

Normally, turning down a management position isn’t all that career shattering. Most big businesses (and some smaller ones) have come to the realization that some people just want to be workers. Get up, go to work, go home at the end of the shift and be done. Management kind of skews that reality – you never really “leave” work when you leave work. It follows you around, because you’re expected to be available at the will of the company and be the example for others. People watch you like a hawk and more crap runs to you than upward or downward.

Being in management for me took years and years of going from being a military officer to a civilian manager. I was used to being a “leader” and a “motivator” for everyone around me at all times when I was an officer. Even when I wasn’t on duty. However, once I dropped into a civilian management job, I had to look at things differently. People aren’t always looking at “improving” or “moving up” or following every rule to the letter. People just want to get paid, and they want to do it with the least amount of bulls**t. Of course, a lot of them want to do it with the least amount of effort, too. I’m still filling a leadership role, but now I’m more of a coach. I’m not telling people what to do, I’m encouraging the best from them. Trying to help them achieve their goals. Not everyone wants to move up, and I don’t blame them.

When they say managing is like herding cats, I went from herding well trained tigers to basically alley felines. No offense to the civilian worker – you guys often rock and do what you’re supposed to, but military people have to do what they are supposed to even off duty, and they can kill you more easily.

You realize that now I have to post this link: https://www.youtube.com/watch?v=m_MaJDK3VNE

I have a mild form of autism and am therefore incredibly easy to tease. I also have a good memory. One time my shirt collar was up in the back and a pretty girl approached me and fixed it. It has never happened again but I always leave the house with my shirt collar up in the back.
~ulrich

Try forgetting your pants. If nothing else, at least you’d be cooler.

Welp, in the end everything turned out fine!
Also, what is the teen studying?

Amarillo comic con August 4th and 5th. If by any chance you go Crave, I sure don’t want to miss you. Info ama-con.com Edward James Olmos is supposed to be there. Maybe he can give advice on avoiding acne scarring.

The last 4 places I worked have been very mis-managed, such that I wonder how the heck they stay in business. To be fair the one place did go out of business, but even that was more from the owners retiring.
Currently I work nights at a grocery store. We have 9 people on the crew, we really need 12. We are almost always getting 5 to 10 hours of overtime each week, but told we don’t need any more help. Our over night cashier is the former manager who is lazy, rude, and a general trouble maker; she stopped being manager because the crew flat refused to put up with her any more. But for some unknown reason the store director thinks she can do no wrong.
The new manager is a brown-noser from days, pretty similar to Reggie but not nearly as smart. He has no clue how to do the job or set priorities, makes sure to wear a nice shirt and polished shoes at all times, meticiously double checks everything no matter how many hours behind we are, and is baffled why the crew has zero respect for him.
Current assistant manager is a former manager, he knows what he’s doing but doesn’t have much of a filter on his mouth. Was almost fired for saying what he really thought in front of a customer, the now-cashier talked the customer into complaining, which is how she became a manager in the first place.
Most of the crew is there to pick up a paycheck and zero else. Some of us used to care but management has methaphorically beaten that out of us. If the place were to burn I think the only question is do we run inside to fetch marshmallows?

Alex is a delight.

Also reggie… yes. Yes that is alot of breast crushing itself against you, but don’t look too happy now.