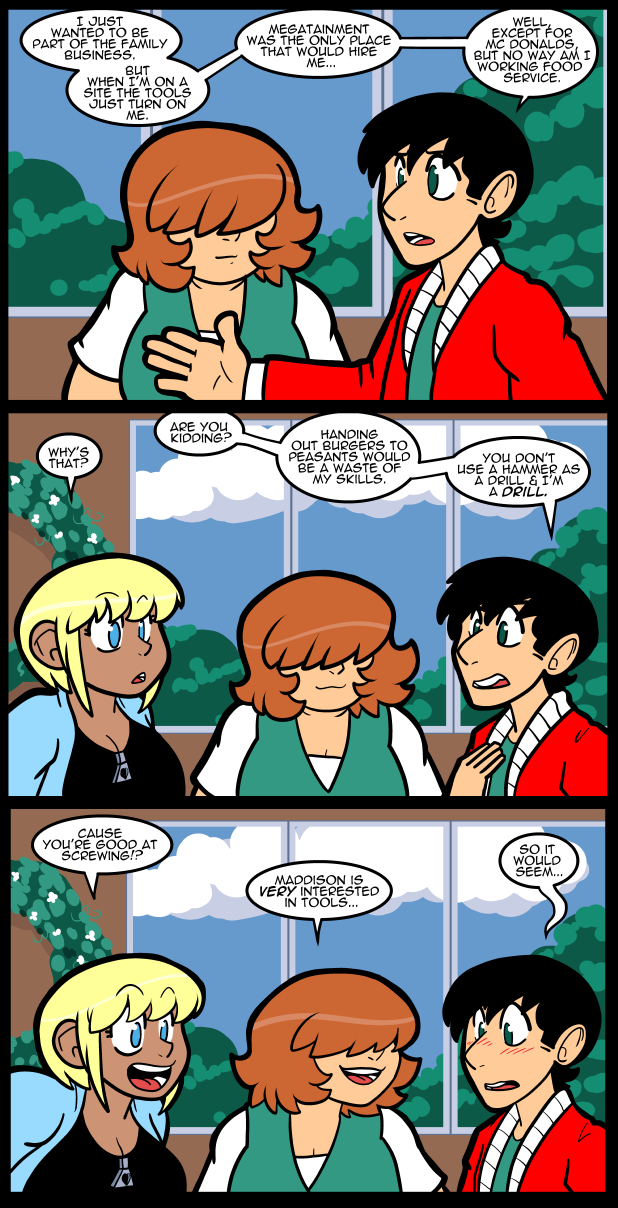 He just wanders right in to these interactions.

The new Jurassic Park Lego sets have dinosaurs you can mix and match to make new ones, but there’s only aggressive ones. I want more kinds of dinosaurs, but the whole line is action oriented. They also made a throwback set to the original film, but Ian Malcom isn’t in it, which sucks. What I want is another throwback set to the original that’s the scene with the sick triceratops. That way I get the dinosaur I want, a Jurassic Park jeep, AND Ian Malcom. Set 75932 is the throwback one that’s out now if you want to look it up. It’s a diorama style set of the velociraptor chase in the kitchen. The only other set I really want is a huge façade of a mansion with two big dinosaurs. Mostly I just want the mansion parts, but it’s sooooo expensive. It’s going to be hard to snipe it when it goes on clearance. 75930 is the set number. I just looked it up. It actually comes with one big dino and a raptor, but the mansion is soo cool looking. It’s like a friends set but with normal colors. Honestly I really just want more sets that are cool buildings. The sets that are just that tend to run a little too costly, since it doesn’t grab the kid market. The last round of creators sets was really good for structures, but I didn’t get all of them. They moved on to sort of a summer activity theme for this season, which I don’t have as much use for in my projects.

Oh, as long as I’m at it, do you know what the going rate for an indomunus rex figure from Jurassic World is going for now? $169 out of set. The raptors from that series are about $40 each. If you want specific Lego it pays to get the sets BEFORE they are retired.

I make it look so much harder than it is.

No, it’s plenty hard. Take that from someone who tries and doesn’t always succeed.

Your title for this one reminded me of a fun game boy advance game of the same name. I dont think it was particularly challenging, but there was 1 puzzle called the enigma that I never figured out how to solve…

It was by the same company that made pokemon.

I read this too quickly. + thought that Reggie said:
“…tools just turn me on!” :)

The above comment is mine. I forgot to put in my email addy.
Stinkin’ late nights! :)

Yes! Me too! (but not hashtag metoo) It fit so well with the rest that I was puzzled as to why Reggie was moaning about it.
(Whoops I did it again. )

Am I the only one having problems with Patreon this month ?

Nope, Patreon are having a problem with some of their creators! Handing out lots of suspensions for content deemed NSFW.

What specifically is happening?

From what I understand (and I have been tracking this because of my study), Patreon still has people who can’t seem to understand the following policy:

“We have zero tolerance when it comes to the glorification of sexual violence which includes bestiality, rape, and child exploitation (i.e., sexualized depiction of minors).

We also do not allow other fringe sexual fetish content, such as incest, necrophilia, or fetish content that is hard to distinguish from non-consensual sex.”

Some of the suspensions are from people posting underage characters in sexual situations, and some questionable sexual content.

Screwing with a drill does not sound safe… or productive.

Yeah, a drill is only used to make holes. You need to use something else to fill them.

Thinking along those lines, I just found a World war II, canadian poster, named: “Lick them over there!”

I can feel Reggie on this one, when I was looking for my first job one of the first rules I set was “No fast food”

I read your twitter in the sidebar, and I have to ask (if it’s not too much of an imposition): do you have hemochromatosis? When you mentioned you have high iron levels in your blood, that is the first thing of which I thought. My partner’s mother has it, and my partner has a *low* level of it, and I have to say they both have experienced similar physical symptoms to what you’ve described. While I’m not *that* kind of doctor, it could explain a lot of the physical problems you’ve been experiencing.

Here is the Mayo Clinic page on hemochromatosis: https://www.mayoclinic.org/diseases-conditions/hemochromatosis/symptoms-causes/syc-20351443

Mine is from sleep apnea, weight, and possibly early heart disease.

I am so glad that I finshed my tea before reading this. As the saying goes, “When all you have is a hammer…”.

My father (former construction contractor turned Pastor), used to say “When All Else Fails, Use a Bigger Hammer.”

That’s what the dudes at sex toy shop tell me! ;D

In most any shop or construction site, when all else fails, they call for a BFH. Big F@#*&ing Hammer. They just all instinctively know what the BFH is.

“When all you have is a hammer, everything gets nailed.”

“He just wanders right in to these interactions.”

Eyes closed, back-asswards, and with the lights off.

I’ve used a drill as a hammer, does that count?

Hm. My linguistic instinct is telling me that it should be “You don’t use a drill as a hammer and I’m a drill”, but I’m no native speaker. I also almost wrote “language feeling”, which is a too literal translation of “Sprachgefühl”. Then I wrote “language sense”. Then I looked it up.

So anyway, is the hammer sentence an idiom I’m not getting? Cause it feels kinda incorrect to me, from the logic point of view.

I really like how you curved Reggie’s lips in the last panel for the embarrassment, lovely little detail. Haven’t it noticed until now, in case you already did this kind of thing in earlier strips.

In the hammer sentence, I’m guessing that- Reggie is talking in symbolic ways.

Now I wonder about Auntie Sylvia.

So do I, as I remember that he mentioned her in comic 412 and I am sure at least one other comic.

No Ian Malcolm in the Jurassic Park toys? Well, that’s a bummer.
Well, maybe when he was a kid, Jeff Goldblum stole Mr. Lego’s lunch money, or something. :D

I’m sure they’ll get to him eventually.