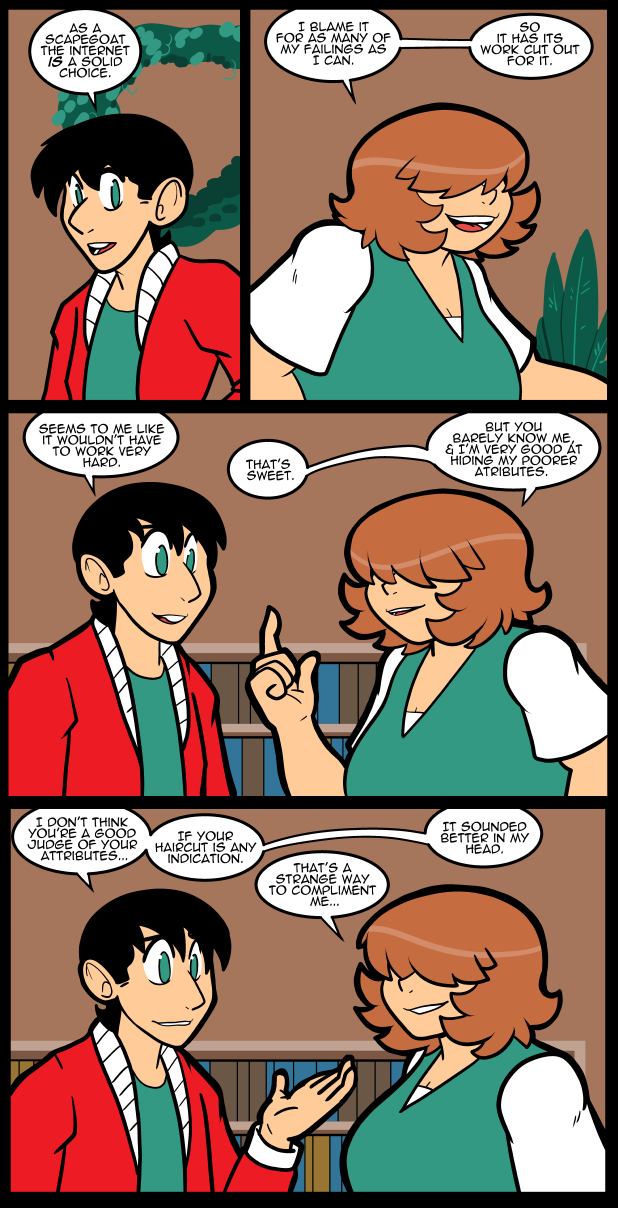 My mother bought my dad a giant TV for Xmas 5 years ago or so. It was top of the line at the time. Shortly after we set it up a lightning strike ruined the HDMI ports. So my dad couldn’t use the highest settings for the picture. Last year, or there abouts, mom replaced that TV with a new one that functions properly. I got her smaller tv and she got dad’s broken one. Except it’s too huge for her office, so she wanted to trade it to me, but didn’t want me to have to settle for less than the best image. I was unaware of this but she researched a workaround for the HDMI issue. There’s a serial port for a computer on the back and it doesn’t know the difference between that and HDMI in most cases, so she got a little converter, as shown on youtube, and we moved everything around.
It works just fine on most things, but the PS3 doesn’t get along with it quite as well as everything else, but I don’t know why. Most of the time you don’t notice anything, but Netflix won’t work via that method. I’m going to try it over the xbox and see if it likes the compouter hook up better. I expect, as it’s basically a computer already, the xbox will work better.
Apparently all the tv needs is to have the motherboard replaced, but it’s not something I know well enough to do myself. I don’t even know where you can get the parts for such a thing.

Looks like Reggie needs to have his filter changed.

I mean what Reggie said.

Change his filter?
That’s a strange coincidence.
Meaning, have you seen the latest comic, from Questionable Content?

This is the one- http://www.questionablecontent.net/view.php?comic=3758

I thought it was a very sweet compliment, in context. It basically translates to “you have pretty eyes, and you shouldn’t hide them.”

That was my take also.
That said, I totally see how easily this can be ‘spun’ into a put-down.
Reggie, dude, you can do better.

Without the arrow read panel 4 in reverse, still incredibly fitting

He has a point: her eyes are lovely, but seldom seen.

“I don’t even know where you can get the parts for such a thing. ”

And what are your characters talking about?

Knowing how to look and knowing where aren’t the same thing. I wrote what was true to my knowledge.

Is it me or does Alex bust looks different from panel 2 to 3?

It’s an illusion caused by the panel break.

It might not make a difference if you use the xbox instead, it sounds like whatever port you’re using on the TV instead of HDMI isn’t HDCP compliant – meaning it doesn’t meet the digital copy protection standards required to stream netflix.

Ah, good ole Hollywood and their DRM – openly screwing over the public domain since prohibition if not before.

On my old computer monitor, it was so old that I had to manually change multiple settings just to get Overwatch to run on it because of some weird fuckery with protocol compliancies.

If you ever go future X-Box, I’m just going to let you know ahead of time (since I get Microsoft info beforehand) –

Microsoft has not left the streaming video games idea behind. They are going to try again at E3 to sell everyone on their concept of removing physical media from the gaming world so that eventually, they can sell you a Rokku sized X-Box to play your games. They also want to push another Kinect like device with their new console, only I believe it’s a VR thing. Not sure, there were no exact details, just a stat sheet.

Apparently, Microsoft has not learned from the previous backlash that people don’t want to stream video games or always be ON the Internet when they play games. Not that Sony and Nintendo are blameless, since Nintendo is going to value digital downloads with more points and bennies than if you bought the game at the store (and Sony may never go backwards compatible so you’ll have to stream the old games, but I have no source inside Sony to tell me if this is true).

It’s just part of the war against the user that Microsoft’s been waging since the beginning. Microsoft hasn’t sold software since the introduction of the .NET protocol; they’ve only sold licenses. Sure, getting rid of physical media makes distribution cheaper, but I believe it’s more about control than anything else.

Reggie has a crush on smart/intelligent person. Even if they are overweight.

I had a TV that had shorted out HDMI Ports a while back. I took it tona repair shop and had it foxed for under $100. Is there something like that near you?

i relate to you Reggie. All to often things sound way better in my head, be they compliments or come backs. But put into practice they usually fall short

Why haven’t we heard about tech mom the unicorn before? She sounds great!

She used to run the website in the early days. There are a few comments by the “Magic Web Fairy ” that are her.

meh. Make model of the tv and you can find a board for it. Pass the info to me here and ill go look it up. ive probably replaced more motherboards than all the women here have Replaced Bras combined.

My mother is very smart and intellectually curious. When she comes up against a problem she researches solutions until she decides what to do. She’s been tech support for the extended family ever since computers started being a thing.

Seeing Reggie genuinely smiling like this is so cute, I don’t think we’ve ever really seen him like this. Him in a casual environment, just enjoying someone’s company, and someone he has romantic affection for.

Usually when he smiles he’s about to make a snide or sarcastic remark, or thinks he’s gotten the upper-hand on someone. Makes me wonder how often he actually enjoys his off-time, or how many true friends and trusted companions he has.

As always love the comic. My vizio tv died and after looking it up, it was a motherboard issue as well. I was terrified to try to fix it but I looked through the process.

I found a replacement on ebay.
Opened up the back of the tv. Verified the serial number on the part matched what I saw on ebay.
Bought it ($45)
Replacing the motherboard is about a hard as changing a video card/adding RAM to a desktop. There’s a lot fewer parts in a TV than a desktop.
Works perfectly.

Let me know if you need help finding the right part.

I’ll have to look in to it when I have a minute.

Jackie, every now and then you tell us to read your blog. How do we find it? Does it, for example, have a URL?

It’s right under the comic. You just commented on it…

giv eme make and model of the tv and i can find you the parts and a video on how to do it. i fix samsungs all the time, litterally a power wire and a ribbon connection, its not hard at all

Hahaha, I read poopiness, instead of poorness.
rough day, need new glasses. haha.
jokes on me.