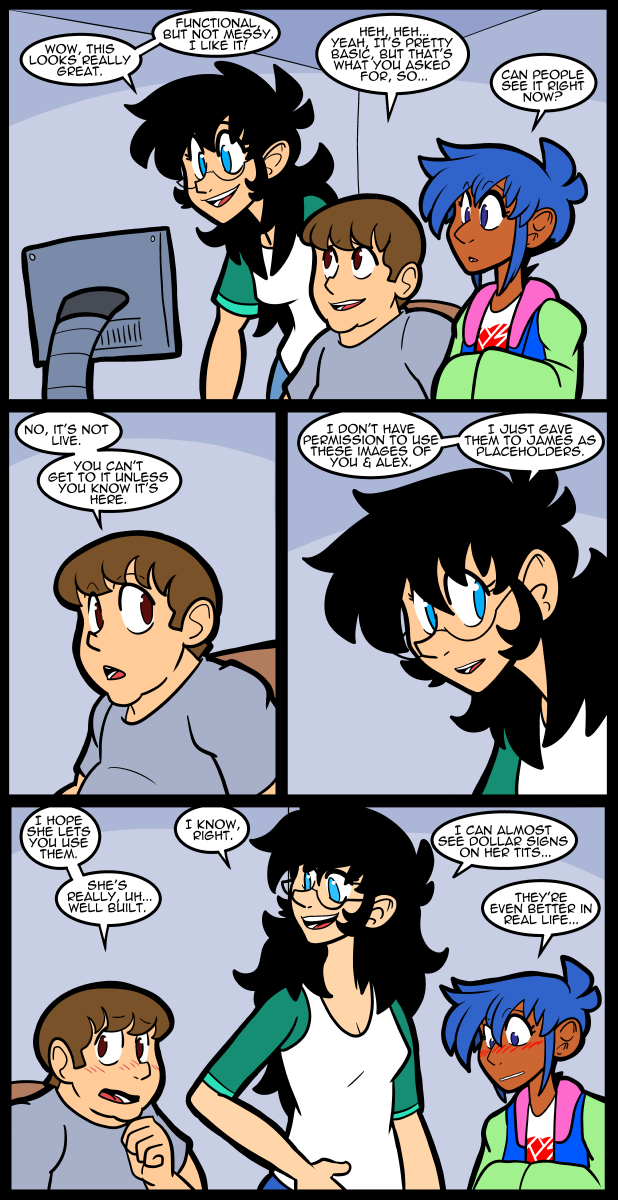 In case you’ve forgotten, here is the interaction they are referencing. Say what you want about Jessica, I’m sure you will, but she’s not subtle about her goals. Subtlety isn’t her thing at all really.

As you may know, I really want to make a Lego model that gets made into a real set. They have a voting process you can submit stuff to. I’m working on a set right now, but I don’t have all the parts I need, so it’s kind of just a proof on concept mess right now. It’s an idea that I very much want, but Lego hasn’t made themselves already. Right now there’s one guy who’s dominating the voting, so maybe I have no chance. In any case it’s something to keep me interested in life, so whatever.

I also really want to make a bunch of trees. A set of cool trees is something I want, so maybe I can make a set that they would consider selling. They sell boxes of just windows and doors, so it’s not like it makes no sense.

Aw shit, there’s a red splotch on Jessica’s shirt. My hand must have slipped…

Slowly, but surely, Alex is building up a harem …

Oh, it’s a new month, remember to click the vote button, people. Just takes a few people being consistent about it to make it into the top 100 for much greater visibility.

A box of Trees sounds kinda cool if you was making a big setup of like a whole street or even a park, i think lego has yet to make a park set….but i could be wrong.

I remember seeing an LOTR Elven forest someone had built as part of a much much bigger diorama for a Brickfest a couple of years back .

It is kinda funny that there are the older one piece trees and the newer build designs that are scaled for the minifigs. I never seem to luck out on coming across those branches in the pick-a-brick walls, or those pieces they use for leaves. I may have to knuckle under and just order a whole whack of them straight from the factory but that means spending more than I am willing to put out at one go.

Ed has enough for both of them.

He may need enough shame for all THREE of them! :)