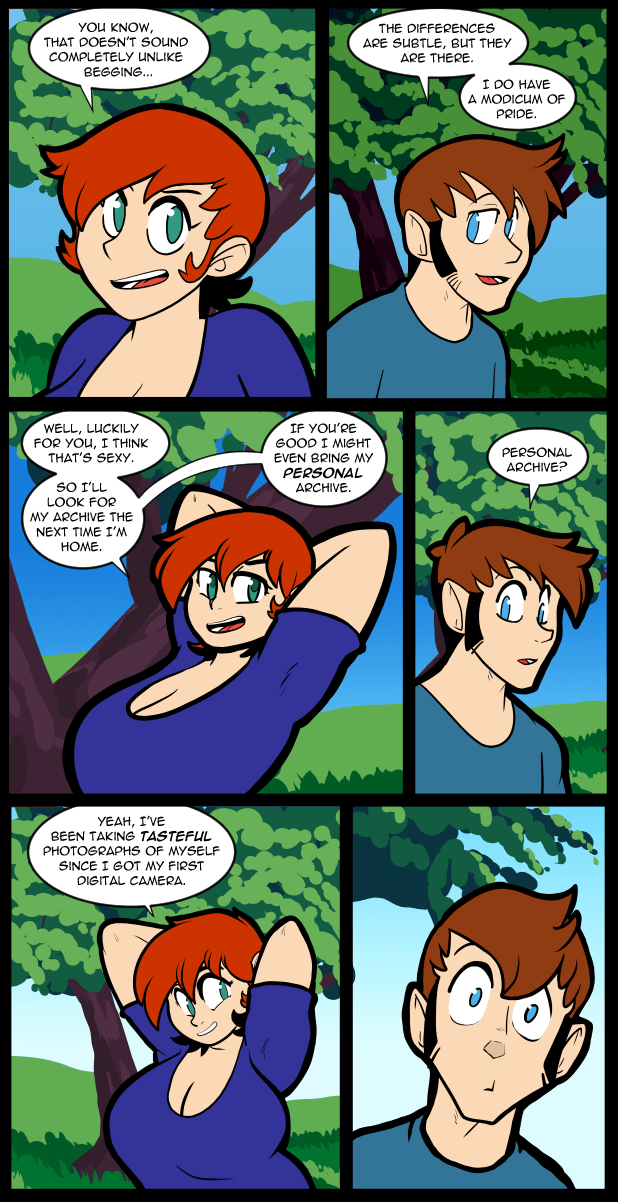 I have never actually looked at Onlyfans for more than a few moments. It’s new and weird. It has that social media kind of energy that makes me feel old. On desktop you can’t even browse anything, you’re prompted to make an account. Which is fine. I’m glad it’s not super easy to get into. I’m just used to the old version of websites where it’s some person curating a group of women.
Like, sites like Onlyfans have given people the power to monetize themselves. They don’t have to rely on some scummy bro to do all the backend work for them and hope he pays them properly. It’s actually a better system in my opinion. Even though I don’t know how fair the payment system is. It’s always kind of been people who do sex work are exploited to varying degrees, but now a lot more control is in their hands so the danger to them is much less & the rewards are much higher generally. That said it’s probably going to slowly end the kind of erotic sites I prefer. Curated videos and photos, like Nadine Jansen’s site has for example. That site is run by a photographer who is apparently a decent person. She doesn’t run it at all as far as I can tell & now she does her own onlyfans and social media herself. So he’s basically cut out of the monetization. He can’t pay the way onlyfans can, so he’s starting to struggle for content. Why share with some dude when you can do it yourself? It’s sad, but that’s the way of things. Industries change. You have to find a way to adapt and for a lot of men who have been able to make a living photographing women that’s going to become increasingly difficult.
In my opinion I think she should pay him to keep the site going and make an archive of her content in case something happens to Onlyfans, but that’s their deal to work out.

I’ve gone through a similar situation as far as monetization goes. I’ve transitioned to patreon and subscribestar (to a MUCH smaller degree). I stopped having to rely on the whims of google adsense for money. It changed doing this comic from a complete struggle to get by to an existence where I can pay for insurance and medical care. I can go to the dentist and have regular checkups. Which is why I take it much more seriously than most people. Even though I’m not the best at art I have something that people want to support. So I try to make sure I’m giving value for that money. That’s why I keep my paywall so low & don’t have tiered pricing. Even though I am a capitalist I still very much want people of all income levels to be able to get the bonus content. A lot of people pledge much more than the dollar I ask for, which is incredibly kind. I have to make a living but I still want to make as many people happy as possible. While I may be a capitalist, I also think it should be tempered with a bit of socialism to keep the soul intact. I like to think that kind of ethical code is why I’ve done better than my skills should allow. I don’t know for sure if that’s why, but ‘s’whatever.

You keep belittling your “skill” and maybe your artwork is not groundbreaking but you do have a consistent, decent style which I appreciate a lot. On top of that (and this is by far the more important point I would like to make), you have a story to tell, in a genuinely delightful style, relateble characters and witty dialogues. To be able to come up with that: THAT is a skill you can be very proud of.

In my mind art consistency is one of the keys for making successful web comics. Unless of course it starts out very rough and evolves into something grand. That’s okay too. I’m always keeping an eye out for consistency in any web comic I read cause I feel it is important for the comic in question. It’s part of the comic’s identity too, and I feel that when the art changes too much it’s like I’m no longer reading that which I started out with. Exiern kinda did this for a time but then the original artist came back. Krakow 2.0 also known as Marilith had this issue as well. The comic must have changed art styles at least five times before settling on the final product. And I remember the final style too. It was a bit rouge for my tastes and was nothing really to write home about. It lacked a bit of quality and that finished product look. I agree with the above. Stick to your guns and keep doing what you do. This was the style you started with and everyone here is enjoying it!

From all the cosplayers and ect I follow on Instagram I get the impression the paywall for OnlyFans and level of what’s behind it is completely up to the individual. So it’s payment is as fair as the person who’s pictures you want to see wants it to be. Also a lot of the advertising for what’s offered is on Instagram and other social media sites as it’s more see this individual than join our platform.

But take that with a grain of salt, I’ve given OnlyFans zero dollars.

The fire has been started, so the smoke is coming soon.

Here’s a video- “Abracadabra” , by The Steve Miller Band.

It has a magician + stuff.

The payment system is pretty scummy. It makes patreon look decent in comparison.

That’s a shame. I hope there are alternatives out there eventually.

I am somewhat older than Thomas and Carol. And I’ve been in his position, but back when that meant sending photos out to be developed, which is an entire greater level of commitment to the art form.

I very much understand how melted his brain is.

Digital cameras really have been a game changer. Way back when, I would take photography courses because I could get unlimited access to the darkroom for cheap development. Even so you still had to work at composition. There is still artistry involved but it is a lot easier to just blow through a couple of hundred shots and discard the one you don’t like.

“Even so you still had to work at composition. There is still artistry involved but it is a lot easier to just blow through a couple of hundred shots and discard the one you don’t like.”

Agreed for both points. Oddly enough, at various times my wife and I will have to tell each other that we don’t have to change the film after 24 shots.

I remember when the word “Polaroid” was virtually synonymous with “Home made nude photos”. They used to work out at around one (UK) pound per photograph – a fortune way back in the day, but some fun to be had…

For the price of an augmented pumpkin spice latte you can Patreonize this comic for like six months.

By the way, he fairly well-known Shaenon Garrity has a mere 423 patrons and takes in $1210 per month. So you’re actually not doing all that badly. (Though she seems to also have a day job as editor at Viz.)

Oops that should be 1210 euros, not dollars. But you’re still pretty close. Also she shares the dosh with the writer.

I love the look on Thomas’ face at the end! I think Carol officially broke his brain with the mention of other photographs of herself!!

“…The elf was by himself! But there’s nothing wrong with a sexual experience alone.”
– UK comedian, Tony Slattery.

It’s the diference between using a feather, and using the whole chicken…

I think poor Thomas is having a stroke, or a minor aneurysm.

much better than the ones I was having when I pulled down the ceiling(s) in the (formerly finished) basement of the house my brother and I bought in May, and kept finding mice nests. Thankfully I was wearing a respirator even though I sounded like Darth Vader for hours on end. It was like “how much bigger can they get?” Of course the largest and nastiest of them all was behind the last piece of sheetrock ceiling I pulled down. 3 weeks of really physical work and one very full 30-yard dumpster later, it is done except for the final sanitization cleanup.

My brain automatically inserted a kind of “poink?” sound effect into the last panel.

I think his brain just lost all blood privileges and other bodily locations got the majority control of it. Lol

That man, is so completely, utterly, overmatched…. I was going to say screwed, but that’s more a perk…

A balance between capitalism and socialism/communism is honestly what I believe can help stabilize society but obsessions with “greed is good” free market enterprise and political disdain towards socialist/communist despotic regimes is what has hurt the core principles of the ideologies over the years. Sadly, it’s not going to be going away any time soon if political divisions in America remain as they are.

Can’t understand the resistance to a little socialism/communism. Just because its failed miserably everywhere its been tried, put untold millions through abject misery and put over a 100 million people in the ground in the twentieth century, what’s there to complain about? And free market/capitalism, just because the tiny , minuscule, vanishingly small bit of it we have left in this increasingly regulated bureaucratic bog has managed to elevate the living standards of even the poor to better than well off in times past,its definitely flawed. We should just get rid of it.