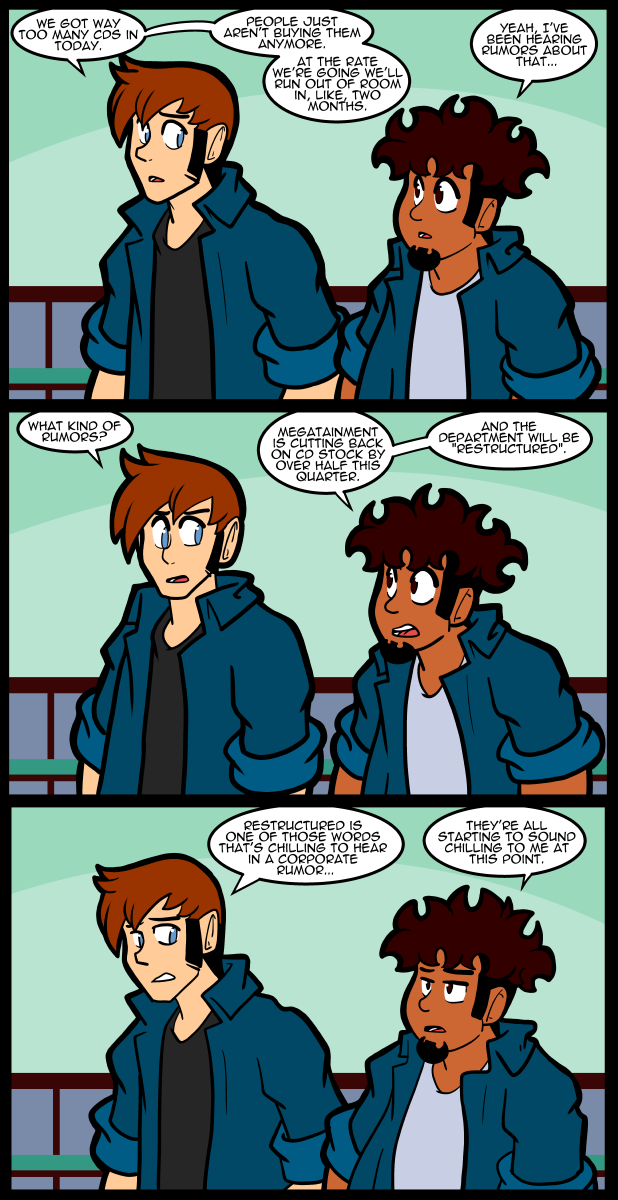 I forgot what day it was for a while so didn’t load this until, like, two minutes before post time.

Earlier today I had some pizza rolls, which are a very rare treat. I bit in to one and the juice spilled on to my chin. It was so hot that it actually burned me badly. I didn’t realize how bad until I touched my chin and a huge blister burst all over my finger. It was surprising because it didn’t really hurt and still doesn’t very much. Anyway, I put some ointment on it so it would heal faster.

The office where I go to the dentist got infected with that bad flu that’s going around, so my appointment was cancelled. I’m gonna stay away from there for a while because I’m not getting that shit. The husband of one of the secretaries had loss of limb control and brain problems because of that strain. It’s some bullshit. Even though I got the vaccine it’s not as effective this year, so I don’t want to take any chances. That cold screwed me up plenty bad enough. I don’t want the brain worms and that too.

Also, I made a desktop from my latest patreon submission. It’s cropped from the full image but you guys can have it to enjoy.

Ah yes. “Restructuring”. Got laid off from my last job due to “corporate restructuring”. Definitely not a word you want to hear coming from the higher ups.

This does not bode well for Nina Grace.

I thought Jo was digital media and Nina was books?

Is there really a music part of the store ? Jo is video, Nina is books, John was games but is now manager. I don’t really think someone is doing music. Maybe part-timers or Thomas ?

If I remember correctly our chocolate haired ‘hero’ is floor/assistant manager, and unless I’m mistaken if there isn’t an official head of a certain department it’d fall to him

In 240, Ed is running music, so I would say part-timers

Working in books, Nina was laid off months ago. She just hasn’t told anyone yet.

Any words that corporates use can be potential bad news for their employees, i think they tend to rotate all the jobs except the management ones in the shop?

I’ve been through something like 6 reorg/restructuring/blah blah blah in the last 12 years. Fortunately my job didn’t go away – it didn’t even change. I didn’t even change desks until a few months ago. The name of the group I belonged to kept changing but my job didn’t. It really seems like some of the people in upper management feel like they have to change _something_ in order to justify their job. I’m fortunate in that my immediate supervisors have mostly been pretty good at just making sure I had the resources to do my job and didn’t feel a need to micromanage me. Some of the folks above them, however, were … …. … not particularly helpful shall we say.

Loss of limb control? Brain worms is scary ***t! I had not heard of cases that bad out East. I’m staying home today, because: corporate downsizing. My whole group let go in one day.

I’ve survived 5 “restructurings” in my 12 year career so far. Traumatic every time! We ended up smaller every time. Go figure…

I’ll get my reorg boots…

I have experienced restructuring numerous times in my career and each time resulted in an altered career path and not always for the better.

It is funny in a Machiavellian Schadenfreude kind of way that the idiots that made the decisions that got the company into the situation were still kept because they met their goals of managing the stock values and anyone with any seniority on the production side was let go. Well they stay until the regulators start sniffing round because product quality drops to criminal levels of crap, then they bail faster than a paratrooper from a from a burning plane while grabbing their platinum parachute. Gold is so 70s after all

Yep, I was ‘reorganized’ during a ‘corporate restructuring’ the middle of October, 2016. I was pushing 60 and not Management, so I was told my job had been “eliminated.” That was Friday afternoon. Monday morning, two people from India were doing my “eliminated” job. Neither one lasted through January.

Nah – like any other classic work of literature work they took Orwell’s 1984 to heart and added it to their P&P alongside Machiavelli, SunTzu, Rasputin, Mao and the rest.

Yeah, but the way they make it sound, they want to put you in a spot where you feel too feeble-minded to talk back, even if you’re fully within your democratic rights to.

As someone who has worked customer call service for 5 years, I should know.