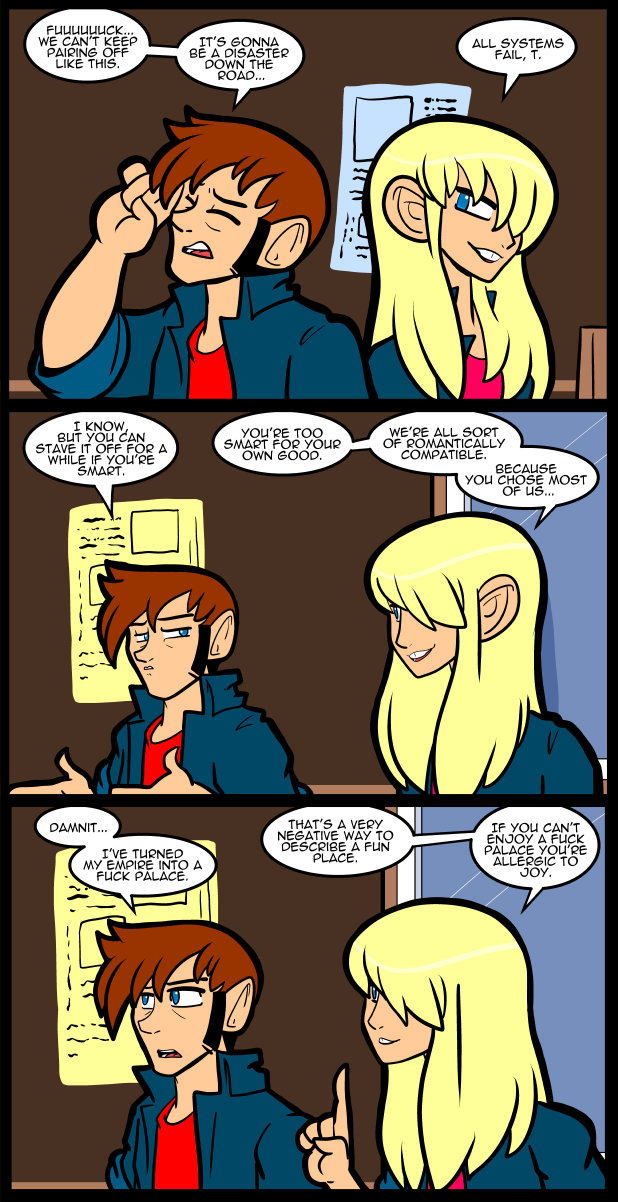 What in the world have I been doing? I guess I drew patreon stuff yesterday. Today I went to the store and then colored this page. It seems like it took a really long time for some reason. Doesn’t make for very interesting blogging though. Oh that’s right, I was trying to find a decent place to buy replacement parts for my Surface pen. You pretty much have to go directly to Microsoft because people on every other site are trying to rip people off. It’s $20 for 3 pen nibs. You can’t just buy the kind you like either. Anyway, I bought two sets in case they quit making them. I can get a decade of use out of three nibs unless I accidentally stick one in a fan like I did the other day.

I don’t know what makes the Microsoft ones special, but the old Cintique ones I had don’t work even though they look really similar. I was going to look up how they work, but I didn’t because I was going to draw moar. I saw in passing that they are magnetic, but that seem like it might be fake.

I love this page.

Thomas has the best expressions when he’s exhausted.

How can he be exhausted? Carol spent the night at her place last night, didn’t she?

The image Carol sent him may have kept him up :-)

As someone who’s woken up feeling this exhausted after a perfectly good night’s sleep, this totally scans as a reasonable feeling. XD I am most definitely not a morning person.

Slaanesh approves of this fuck palace. Although I still think Nina should be with Reggie.

She’s the woman he needs, but doesn’t deserve.

Loving Nina so much more with this arc btw. Great job Jackie!

…and now I’m reminded of the soon-to-be-released game WE HAPPY FEW.

“Have you had your JOY today?”

Oh is that coming out soon? Neat. Was hoping Markiplier would play more of that.

Thomas later makes a sculpture, which has these words on it:
“My name is Ozymandias, king of kings: Look on my works, ye Mighty, and despair!” ;D

I met a traveller from an antique business,
Who said — “Two vast and tenantless halls of concrete
Stand in suburbia … Near them, in the stillness
Half sunk a shattered enterprise, whose sales
And cut-price stock, and fear of cold demand,
Tell that its buyers well those fashions read
Which yet survive, stamped on these lifeless things,
The brands that mocked them, and the art that fled;
And at the portal, these words appear:
‘My name is Ozymandias, King of Kings;
Look on my Works, ye Mighty, and despair!’
Nothing beside remains. Round the decay
Of that colossal Wreck, boundless and bare
The lone and level sands stretch far away.”

That’s really cool! :D
I love the idea of a DVD store, going out of business, in Ancient Egypt, or something.
:)

I don’t enjoy sex, so a fuck palace sounds hideous to me. =/ I’ll find my joy elsewhere! (Great comic regardless!)

I keep hearing that for pen nibs, use bits of uncooked spaghetti. Don’t know if that is just for a specific brand or what, but there it is.

Never heard that one, but I know you can use grass trimmer line for Cintiq and Intuos rigs.

Never mind that his empire is on borrowed time anyway as Amazon keeps eating the market for brick-and-mortar media sellers out from under them….

His empire filed for bankruptcy a few years back. Fortunately, the comic doesn’t run in real time.

You’re amazing at updating, but sometimes it’s so hard to wait for the next comic. It’s like some wonderful meals I’ve had where your mouth would water in between bites.

Only because Joy wears to much perfume.

This is exactly what I wound up doing, apparently, with my group of friends. Everyone in my group has fucked just about everyone else in the group, save for those with incompatible sexualities (and even that’s not a sure-fire thing, except for the Ace in the group, who did once film us all for a college project).

That said, it’s actually pretty fantastic, if you let it happen.

This is right up there with “All life is suffering.” as one of the most succinct summations of ageless wisdom ever written ;-)

It’s also how I start out all my dates.

Hahahahaha I never saw it as a harem manga until just now! XD haha!

Wow she is right.