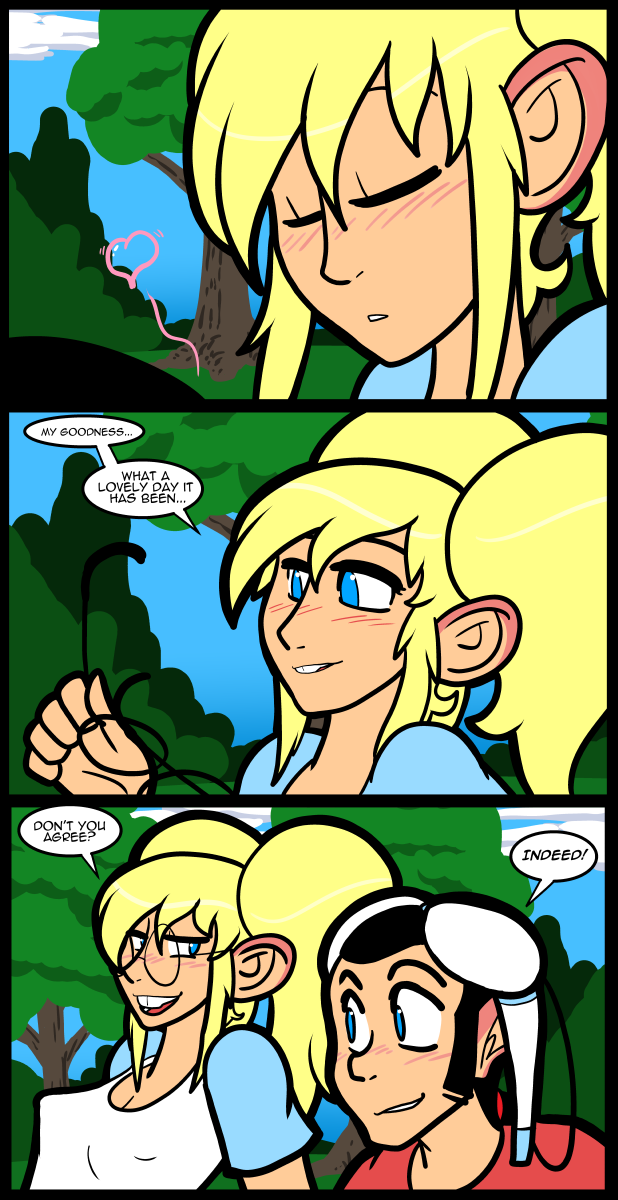 A little fun in the park.

I think the first DLC for Breath Of The Wild comes out tonight, but I’m not sure how that’s going to work. If it doesn’t preload it could be hours and hours before I can play it, so I don’t know if I’ll be able to or not. The rumor mills seems to indicate that it’s going to be a big update with a lot more to do. I’m kind of disappointed that it looks like that means I’ll be having to start over and get all the armor upgrades again. It’s not like I hated doing it the first time, but the late game upgrades take too much effort versus the status boost you get. Maybe the increased difficulty will address that Guess we’ll see. The switch doesn’t have a lot of memory inside of it and I don’t have an sd card for it at the moment either, so if that’s an issue I’m not sure what I’m going to do.

If Nintendo is going to push the eshop angle they really need to take more responsibility for allowing us to upgrade the memory in the device, or putting it in themselves.

When, how, (and optionally) why?

Just now, however they damn well felt like, and why the fuck not?

Now, what’s going to happen when – and indeed IF – Carol learns of this…

And this is a big IF.

I foresee relentless teasing. XD Also, and I’m sure dozens of people have said it before me, blushing Nina is cutest Nina. Amazing page.

I think I’m inclined to agree with you on this point, Nina is at her cutest when she’s blushing.

And I’m pretty sure Ed would say the same thing.

Well … I suck at interpretition, but it appears to have involved his glasses and her bra being removed …

Given both pieces of information, oral in the park.

You see, when mommy and daddy love each other very much…

Well, that black splotch in the bottom left corner of the first panel is probably the top of Ed’s head.

If you can’t figure it out from that, you’re probably too young to have it explained :V

I know clearly something sexual happened but WHAT happened? Yeah I can tell that is Ed’s head but relative to her body…what is going on? With her height, it seems a little too close for him to be eating her out. He could be having a grand ol time with her boobs but is that what’s happening? See, questions man!

Well, if they are facing each other and she is sitting on his lap…

This works for me.

Pretty sure there was some kissing/licking of the breasts. Her bra is clearly off, which connects the dots.

If it’s still not clear, maybe you can convince Jackie to pan out for a Patreon special image. :)

See, that’s what I figured was happening but who know’s for sure cause going by the comments, not everyone seems to know exactly. Some say they shagged, others say oral, I’m going with the breast play.

For craps sake hes sucking one or both of her nipples dont be dense.

Yep, nipples obviously erect and bra on head point to head-boob connection, his head and her (obviously HER) boobs :D :D :D

Going by the bra on Ed’s head, some “Weird Science” happened.

Heh, heh! Yeah!
But I think Ed is being greedy.
He should take the bra off of his head. He already has an awesome, beautiful girlfriend. He doesn’t need a magic spell, to get him ANOTHER one! :D

they must be crazy. they’re in a Park, not exactly private space…. man, wtf

Park sex is the best.

It’s how the Protagonists in Fallout 4 came up with shaun.

Park sex, is best! Put your Ranger to the test! :)

Young and reckless, I approve of these shenanigans. However, something has been bugging me for ages, something distracted her initially when he went for the kiss, I thought evrina followed them or something, did she space out over a bird or something?

Some call it impiety, or lack of propriety, or quite a variety of unpleasant names…

But it’s not against any religion!

To want to dispose of a pigeon!

Sooooo, if…
Sunday you’re free, why dont you come with me
and we’ll poison the pigeons in the park

And maybe we’ll do in a squirrel or two,
While we’re poisoning pigeons in the park!

We’ll murder them amid laughter and merriment/

Except for the few we take home to experiment

It just takes a smidgen

Well, that’s one way to work off the excess caffeine energy. Looks like it was action well appreciated as well. ;)

shadman needs to see this.

Why? So he can cuck Ed and bed Nina down with a dog? :p

And draw Nina as a nazi loli or something

I can see it now: Ed tied to a chair with a ball gag, crying, and a loli Nina lost in ecstasy getting railed by a dog and saying something cuckish about Ed’s size versus the dog’s.

*adjusts glasses* Actually it would be Nina as a Nazi loli with a giant penis. Addendum made.

That title, “Fury Road” ruined that phrase for me.

I chose it specifically because of that.

Guess that implies Ed’s been to Valhalla and we’ve all WITNESSED him or something.

Love this comic so much. Natural character development, good humor and just the right ratio of adulty-ness.

While I know your feelings for doing lewds but Nina has been at the top of my list for a tasteful set of glamour shots since I started reading this.

Holy timing. Gonna check that off the list with the patron email I got.

Would that make Nina fujiko

Do people really do this? I mean how? The lack of privacy…

That’s what makes it exciting.

Hmm dunno how that happened

yes. and thats whats fun. Your parents more than likely did it in the back of a car more than once. AND your grandparents too. Depending on your age, For all you know you may have been conceived in the back of a Mid 70s or mid 80s Chevy
.

Song of the Moment: Jonathan Coulton – First of May

Next song on the playlist: Jonathan Coulton – I Feel Fantastic

Now we only need to know if Jess felt this. You know, twin psychic powers, like she has said herself.

Them ears be burning brighter then a hot fire

Oh, George Takei, your politics may be toxic and you may be kind of a prat about it all but that simple two-word catch phrase covers so many wonderful possibilities.

From the assorted information, I’m guessing she removed her bra, Ed removed his glasses, and his face nuzzled her breasts through the shirt. Somewhat daring in public, but everything remains covered, so not too daring. And a lot of fun, but still leaves something for later.

That was my take, as well. It’s still too early in the day for skin-to-skin, and Nina is being expert (as most gals are) at creating and maintaining the mood. She knows they’re on the road to ecstasy, and making sure that the journey is most of the fun.

I’m thinkin’ Ed motorboated Nina, sans bra, in a secluded spot. Doin’ the nasty can wait until they get back to his or her place. Besides, grass stains are a pain to get out of clothing.

I’d say that Ed’s been pleasuring her breasts both by fondling and nuzzling them and by using his mouth and tongue to suck and lick them. Her loose-fitting cropped top makes it all so easy. The beauty of this comic is that it leaves it up to each of us to fill in the details with our own imaginations and mine is pretty unlimited, but then I’ve been there and done that. She’s not just making love with Ed, she’s making love with all of us.

And that first frame? Awesome! The sensuous pleasure on her face lights it up with sexual pleasure and the deep blushing on her ears and cheeks is just plain cute! I’ve turned that frame into a lovely if NSFW wallpaper for my own viewing pleasure.

How did she do that? And can she do that to me? If this were an anime, Ed would faint from a nosebleed.

Yay! Earblush and sweetness again. And the last time a girl tried on my glasses, she reacted like she’d been punched!

Wow………… She is something else. And her flirty behavior is more believable than those of a lot of anime girls.