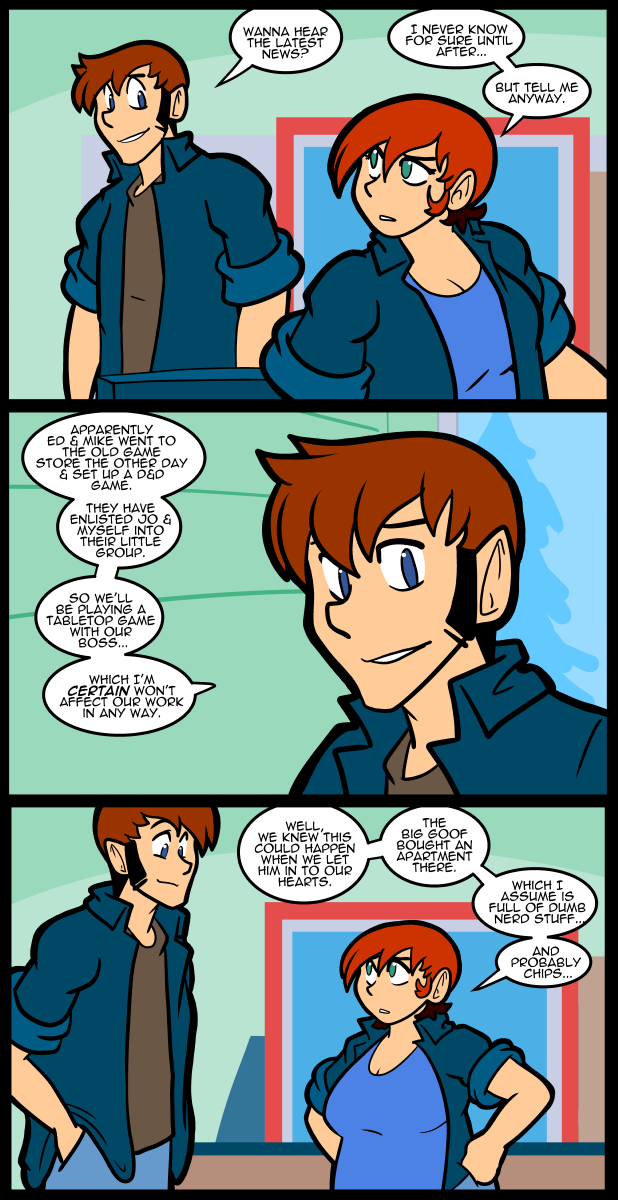 Well, it took about two decades, but I finally watched the entire run of Allo Allo. They used to play the first few seasons on public television when I was in high school. Most of the cast are dead now, which makes it a little sad for the knowing. The casts for are those old shows are mostly gone now. They were older even when I watched them the first time and started dropping off in the 90s. I think Gordon Kaye, the man who played Rene in Allo Allo, died a couple of years ago. Time, as they say, marches on.

I’m kind of at loose ends now. I was watching the series as a way to wind down before bed. Now there’s a void. It’s hard to find shows and stuff that are low key enough to go to sleep to. A few of my podcasts are finished, or have changed too much to be any use in that resect as well. Content. There’s never enough. Never enough, but people still try to keep other people out. I like low key things. Of course I like other stuff too, but chill stories don’t pull in the people the way flash does. Anyway, I’m open to suggestions.

In other news, I’m on the cusp of having a buffer again. Only a day, but it’s been a very long time since I’ve had any at all. Little victories between failures.

What exactly are you looking for in material to fall asleep to? I’ve been using this YouTube channel lately:

And there are several other channels devoted to the same kind of material.

Thanks for the suggestion.

I recommend Wuxia novels. they are…well really cheesy honestly. however they are absurdly long and even when you are really into the story you really can’t quite stay awake if you read them late at night. Here is the first one I ever read, if it catches your fancy, it will keep you occupied for a good while, afterwards there are several more novels with 1000s and 1000s of chapters.

I know this is months late but try The Fat Rat channel on YouTube.

I see all the comments, so it’s never too late for now.

Jackie try classical music or jazz and see if that helps. Slacker radio (via google play or itunes) works out pretty well.

If you’re into cooking shows, or TV hosts that are kind of entertaining-
There’s the 1996, UK/British TV show, called: “The Two Fat ladies”.

There are about 24 episodes of the show. Sometimes I watch the show, to relax, before going to bed.

“Two Fat Ladies” is a joke-within-a-joke, for our colonial cousins.

The English don’t really play cards, in the American fashion, but they DO love gambling, and one very popular form (mostly among older women) is Bingo, played in big halls with a machine which expels balls with numbers and an MC/host who calls them out.

Part of the general patter, is that various numbers have stock descriptions.. “on its own, number one”, “legs eleven” “clickety-click, sixty-six” and so on. It’s a bit like a livestock auction, and about as easy to follow.

That’s cool!
I hadn’t heard about the bingo numbers-thing.

If you’re in the mood for stuff similar to ‘Allo ‘Allo, there’s Dad’s Army. Similar in some ways. You Rang M’Lord is another good one, and also rather long. There’s also Blackadder, but that’s nowhere near as long as ‘Allo ‘Allo.

Only downside with Blackadder is THAT episode from series 4.

That one still gets used in history classes over here. And it’s still by far one of the best bits of television to have ever graced the screen, large or small.

Oh yeah, THAT episode, very true indeedy. But yeah, still one of the best series ever.

It’s just my opinion, but-
yeah- I think year 4 was about WWI.

The new weapons used in wwI- like heavy machine guns, + some new artillery/guns, made wwI, one of the [worst] wars that soldiers + military people, + any people, can experience.

There are ways to joke about wwI, but, to me- if you read a lot about wwI, the tragic events of wwI can quickly emotionally-overwhelm the reader.
That’s that.

You probably have to like MtGO for it to work but I find people recording themselves playing MtGO (without music) like ChannelFireball.com posts on YouTube gives me that comfortable fuzzy feeling ASMR is supposed to have and can knock me right out.

I do audio books myself. If I have heard them or read them before, even better, then I dont have to be as invested and can let it lull me. I know you get home brew doctor advice all the time and I try not to do that, but I have a wheelchair bound, large coworker (400+) with apnea and he has a mask he really likes, its more for the mouth than the nose. I think he said it was this one http://www.thecpapshop.com/respironics-amara-view-full-face-mask-with-headgear?utm_source=google&utm_medium=cpc&utm_campaign=Shopping%20-%20All%20Products&gclid=CIOprsKb09QCFZS6wAod9zECrA I will need to double check with him tomorrow, I didnt have my phone with me to take notes today when I talked to him

If you like ‘Allo’ Allo then I recommend that you try to watch Are you being served? It’s written by the same team that created ‘Allo’ Allo.

Three thumbs up for Are You Being Served, which was great stuff.
For podcasts, I recommend just about anything from Radiotopia, but 99% Invisible is my favourite.

Imaginary Worlds might also be up your alley. (Even if it’s not, you should really give a listen to this episode: https://www.imaginaryworldspodcast.org/winning-the-larp.html)
Ditto for Myths and Legends.

The Beachcombers (the original program about nothing).

With one character named “relic”.

Heh – loved that show even as new characters were added and then they grew up and we drifted away.

Red Dwarf (with computer that has a cockney accent)

Your forgetting, are you being served, and chef. Both classics of BBC comedy

Last of the summer wine, where I thing we only get maybe two or three seasons here – anyone know where you can find the decade or more of material that they produced without kowtowing to the BBC shop?

The Avengers in all its glory from black and white to Mr sPeel in that leather outfit mroowwww aka Diana Rigg to the remake set in Canada with twiggy err I meant Purdey.

If you for something more scifi then anything involving Gerry Anderson and his modelling skills.

The Avengers (with Emma Peel).

Interview of Joan Benny (daughter of Jack Benny) by a Rabbi.

When all else fails, go to youtube and type in COMEDY.

I find Pink Floyd’s “Dark Side of the Moon” so depressing, it cheers me up.

I second Black Adder and Red Dwarf. There are a couple Canadian shows I’d throw in, like Letterkenny and Corner Gas, if you can find those (Corner Gas is on Youtube).

Oh, and also QI. Lots of episodes of that on Youtube as well.

I’ve never understood what foreigners see, in ‘Allo ‘Allo or Dads Army. Both are about as British as it gets. ‘Allo ‘Allo started out as parody of a long-since-forgotten series about the Resistance (hence the running jokes about the two airmen, the radio under the bed and the Resistance girls in berets and trench coats).

Basically, it’s about “pantomime meets comic foreigners” with a LOT of British tv stereotypes thrown in for good measure, especially all the jokes about who is speaking what language.

Dad’s Army was, and remains, a classic ensemble comedy with a top-class cast, most of whom were playing versions of characters they were already well established in, and some very well-defined situations. Much of the humour is really about English small-town life from a very particular period.

What I’ve always liked about it, is that the characters are almost all sympathetic, in some way. Mainwaring is a pompous little man, who clearly doesn’t understand some quite important elements of his status as a Home Guard officer (it’s also implied that he long ago, reached his professional ceiling as a Bank Manager) but he takes it seriously, and on a couple of occasions proves to be quite brave, if lacking in judgement.

‘Allo’Allo was a good show indeed. I can recommend a few others in similar vein for you as well. Dad’s Army immediately comes to mind, though only two of its original cast are alive now if I recall correctly at them time of writing. A tribute movie to the originals came out last year, starting Bill Nighy and Michael Gambon along with Catherine Zeta-Jones. Both Serie were very clever for a comedic protrayal of something that really did occur in wartime Britian.

Another good series for some laughs is Last of the Summer Wine, which would be a good luck thing to watch all of since it ran for over 30 years. But it’s a lot of good laughs. The Goodies are also worth looking into for some chuckles. One episode in particular, Kung-Fu Kapers, actually had someone die laughing when he watched it, though he did have a heart condition. His missus wrote the Goodies and thanked them for making his last moments so enjoyable.

If you’ve never seen them, check out “Batman: The Animated Series,” “Superman: TAS,” “Justice League,” and “Batman Beyond.” The DC series done by Bruce Timm, I think his name is. One of only two instances I know of where DC characters are given worthy storylines and proper treatment (the other being the Arkham games). All the series are canon to each other, which is cool.

You may have listened to it already. It’s called Night Vale and it’s a super weird podcast. It’s definitely not for everyone, but you just might like it.

So, Jackie, what you’re saying is the life is what happens with little victories?

Babylon 5 has lost a lot of cast members too. Many way too young.

Hmm, if you want something low key, how about Bob Ross videos? I have a friend who swears by them, but I haven’t tried them myself.

For sleep, any NOVA documentary, for entertainment failarmy.com, for neat stuff
http://www.lifehack.org/articles/lifestyle/100-life-hacks-that-make-life-easier.html

Anything with Ben Stiller’s voice in it ought to put you to sleep pretty fast.

… Is there something stopping you from just watching ‘Allo ‘Allo all the way through a second time?
Well, then again, I’m one of those people who are perfectly content watching or listening to something ad nauseum. You may not be, in which case, pay me no heed.

Okay, reading through the archive (great comic btw) and no one recommended one of my favorite Britcoms, Waiting for God. There’s also Horrible Histories, which is a highly entertaining British kids show.

Sleep-wise, I use a webpage with a customizable white/grey noise generator with sliders and all sorts of nifty options (including rain and surf) but I can’t sleep with voices going on. White noise is fine, actually preferable, but any sort of voice or music and I listen to it rather than sleep. I’m very used to quiet and my inner monologue tends to be me telling myself stories to go to sleep or counting ticks of a clock (instead of sheep).