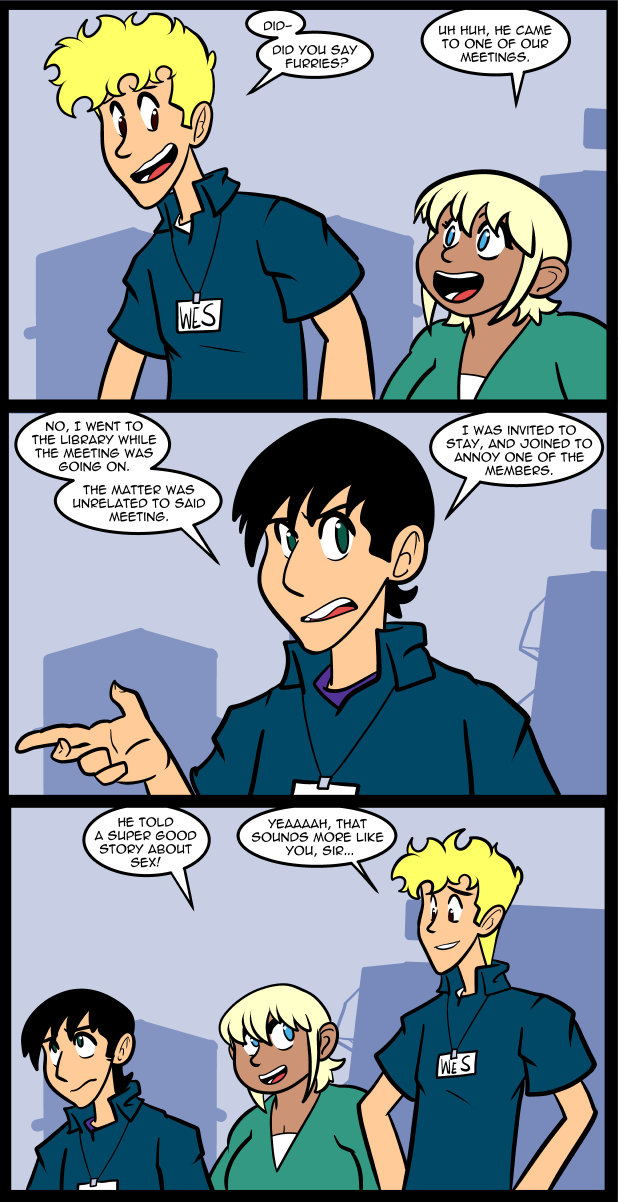 On Friday I went to Garden to see my old workplace one last time before it closed. It wasn’t a grand adventure. There were too many people picking at the carcass to consider actually buying anything. I just took some pictures since I wont ever be able to go back and get any that match the original look. Really the store had already changed quite a lot from my time, so it didn’t look like it did when I was there. Still, the walls and stuff were still like they were from the remodel I was there for.
The guy that inspired me to create Mike was on the team for that remodel. After I left he came back and was the manager briefly. Life imitated art in that apparently everyone eventually came to love the guy, but he got testicular cancer and died. Or so I was told. He was my age, or near it. I was always at crossed purposes with him because he was like early comic Mike who wasn’t very good at communication, but I was still sad to hear he’d come to a sad end. I saw his personality as sympathetic, which is how he ended up as a base for Mike. Out of his element, but trying.

Anyway, I talked with the only person I worked with that still worked at the store. She told me briefly about the grim final days. Honestly, that kind of shop still has a place in the world, but the company that makes it happen would have to be run a damn sight better than Hastings was. Target and Walmart are pale substitutes with their sad little book areas. I don’t know if there are any shops like it left. If there are they’re far from anyplace I ever go.

Sad but true. I used to work at a K.B. Toyworks in Newtown, CT (Yes, THAT Newtown! It’s scary for me to think of it, but many of the young parents who lost children in that tragedy a few years ago may have been children I myself had entertained while working their in 1997-2001) At any rate K.B. sadly went under a few years between then and now and I have to say, i miss the stores when i visit the various malls i find myself in nowadays.

sorry, meant to say THERE!

whoa whoa WHOA, Maddi. What happened to the bond of privacy?

Nina said it perfectly herself: Maddison is as dumb as a rock.

I actually read those lines as if Bob Seger was singing them.

I wrote it thinking how it would sound is he was singing it.

the word you’re looking for is oblivious. Cheerfully oblivious. Less dumb than unaware of social boundaries. Yes, she isn’t exactly an intellectual as well, but the flaw here lies in something else.

Touché, but Maddison is still so dumb that any level of intelligence she has is gravely overshadowed.

I remember that story line being a big part of what made me respect Reggie, despite his many dickish tendencies. I really should do a re-read one of these days.

Every time I see Wes, it’s like “Oh right, he exists!” then I promptly forget he exists the next time there is a page without him. What’s his purpose in the story, again?

Some people exist without purpose.

Totally agree on there being a place for stores like Hastings, but besides needing to be managed better, they need better prices. :p

However, Hastings was always my first place for music, second for movies (I don’t recall the movies being more expensive, but the place was a 30min drive), first for anime, almost never for comics (actual comic book shop for that), and loved going for the little knick knacks. :)

Great birthday and Christmas shopping there!

This is another reason I hope that this webcomic gets popular. In a way, that manager lives on through Mike, just as all of us who pass away live on in the impressions we make on other people.

Hopefully I won’t jinx it, but there is Vintage Stock. Though they’re hard to come by if you’re not in a major metropolitan area. Hell, I’m not sure if Wichita, KS has one. But I know Kansas City does.