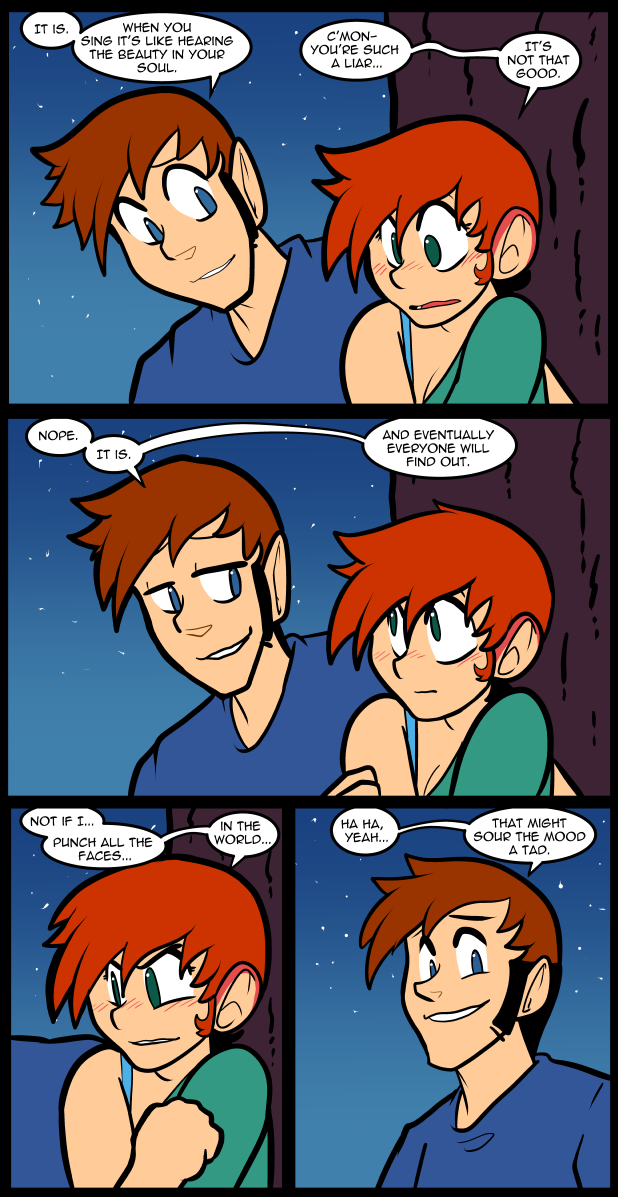 This needs a “PUNCH ALL THE FACES” meme… anyone willing to oblige?

Ask and ye shall receive: http://www.thelonelyisland.com/video/andy-punching

Never until watching that have I felt such an intensely specific desire to punch a man repeatedly in the gut.

Or something. Better than a meme anyway. :x

To this day I’m not sure why that clip makes me laugh so much. XD

Carol punch. Show me your moves

Vocal music requires, shall we say, specialized hardware. Just as guitar can be improved with electronic amplification, so does the human voice need some sort of sound reinforcement. Stringed instruments (the old school ones, not modern ones designed for pickups and amps) generally have deep bodies to improve resonance and timbre, e.g., bass violas and concert pianos. So, too, does the human body need a proper sound chamber for the highest quality singing.

Some successful examples I might offer are Ellen Naomi ‘Mama Cass Elliot’ Cohen, Luciano Pavarotti and Susan Boyle. With the appropriate build, I’m certain even Taylor Swiffer could have had a more successful career. That said, if we were to expect Carol Graves to have any sort of singing career, she should have, uh, that is, um, oh, never mind. Someone hand that woman a microphone!

So. Dinosaurs and Lego. The child within me swoons.

Except she won’t hide her embarassed face in Thomas’ torso, like Brooksie did, but rather punch it :D

She is so cute. Lovin’ the blushin’!

So… has Carol’s arm just gone completely out of her sleeve?

Oops I commented on the wrong panel, well anyway I love toy dinos and I wish they did have more Lego dinos, but I settled with regular dinos destroying the Lego people’s home

Sometimes you have to make due. Dino due…

Panel 2 has the CUTEST drawing I’ve ever seen of Carol! Yay!

It used to be a thing years ago, but I don’t know if they still do, is that if you contact the Lego head office for the region that you’re in, that they could advise which stores may still have certain sets of Lego, as they had a system that tracked which stores had what sets. With bigger chains, that might be a bit more difficult, but Lego are usually pretty helpful on this stuff.