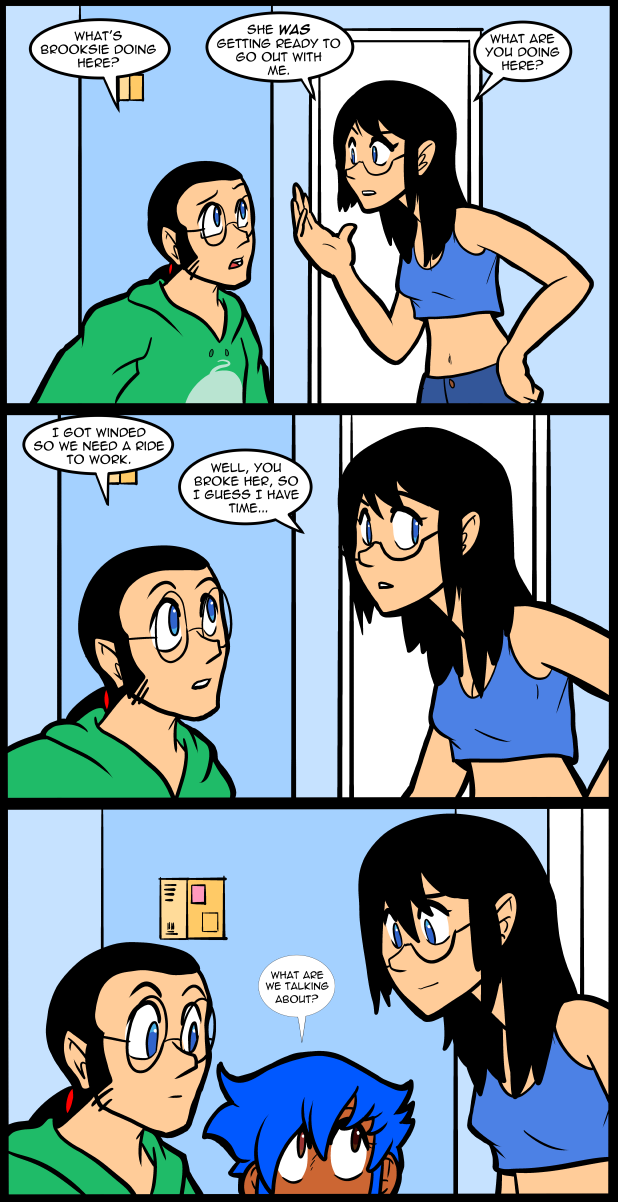 Jo recovered quicker than they expected.

I saw some of those new Star Wars toys at the store. They made some cheap ones for kids that don’t have the massive articulation that they have tended to in recent years. I have to say the lack of quality is pretty obnvious, but for kids it’s a decent trade off. I got a storm trooper because they always look cool. His head was basically so loose it would just spin if you flicked it. I stuck some poster tack in the joint and that sorted it out. It came with this shitty cannon that you can combine with the action features of other figures in the line to make a really big shitty cannon. honestly I think knocking off 3 more bucks and just selling more figures is the way to go, but what do I know? The toy is still pretty cool in spite of the simplicity. It has a place to stick the blaster when not fighting. Which sounds mundane, but that was a huge deal when I was little. Guns had to be set aside to get lost back in the day. Anyway, I really like the look of the new storm troopers. If they are good guys they don’t exactly look that way. I’m still hesitantly optimistic about the new films.

Teen Corner
the teen is back bitches! just kidding, sorry for not posting the last few days ive just been tired and out of words to say. I didn’t have volleyball practice today which was kinda nice but its back to practice tomorrow yay. our junior varsity team won both there games today so I’m pretty happy about that. I’m on C team, my first game is Monday which is also my birthday. so I’m hoping for a win. this Saturday is my sleepover party I’m pretty stoked. we’re having a icecream sunday bar,cupcakes. popcorn balls and other treats that will lead to diabetes I have a history quiz tomorrow and then a Spanish and math quiz the next day, as you can tell clearly I’m thrilled about this…NOT.i honestly thought I had more to say but I’m finding myself short on topics here..school is pretty boring really nothing new going on. I have therapy Thursday which is very much needed I feel I may explode feelings everywhere. I’ve been at odds with some of my friends and am just tired of feeling left behind but I’m getting over it. one of my friends decided to let her boyfriend take her phone and lecture me about how much I suck which was so uplifting for me once again knowing I’m thought of as incredibly awful. teenagers I swear…ha anyways I’m looking forward to therapy which is suprising for me. me and Jackie are watching rick and morty and there is currently a half abrham linkin half Adolph hitler person fighting a black guy, not trying to be racist its just funny and random. seriously the weirdest show ever well besides happy tree friends. now I’m just rambling.. guess its time to say goodnight I’m out of in teresting thoughts night interweb peeps

You can’t keep the Ninjo down for long.

If Nina starts singling in the shower. Jo is probably going to BSOD again.

Not with possible intrigue afoot and secrets to learn. :P

It doesn’t hurt that Nina is skilled at dampening embarrassment due to her easy-going attitude.

Jess doesn’t know whether to be surprised or annoyed that Jo recovered so fast.

The tall sister is wonderfully handsome! So much so that I am compelled to write about it = )

I realise that Jess is wearing glasses with frames only on the underside, and just glass on top, but in this strip she looks like she’s wearing the world’s-least-effective-at-concealing-ones-secret-identity mask :-)

And this, kids, is why we tell other members of a household when we have, or are expecting company.

Isn’t Jess unemployed? How can she afford a car?

Likely from the last time she was employed or a gift. I don’t recall if it’s been mentioned whether or not she’s a college student.

She is, and unemployed. which is why it surprised me..university and college are ridiculously expensive in the States, so a car on top of that seems like it would be prohibitively expensive. Of course, rule of plot might apply.

Depending on the type of car she has, it may be a cheapo hand me down or just a random POS. Lots of students, especially if they don’t live on a campus, have a vehicle to get to and from school and run errands. You can pick up a throwaway car for 500-2500. It won’t last long time, but will usually last for a few years if you don’t mind doing a bit of work on it.

The car might be cheap as dirt, but insurance sure isn’t..at least, not where I come from.

Insurance premiums are usually based to some degree on the value of the car. A $500 beater-with-a-heater is not going to have premiums as high as a car that’s worth $25,000.

Plus, poor people like college students sometimes don’t bother with insurance. In some states, you can get away with that as long as you don’t get into an accident. Other states require proof of insurance when you re-register your car every year. Of course, if you’re really poor you might not bother with registration either, but that dramatically increases your chances of getting pulled over because any police car that gets behind you can see that your registration sticker is the wrong color for the current year.

And no contacts yet, so is she still wearing the towel? Gossip must be the NinJo’s weakness.

I dream of the day we can change eye and hair color truly permanently (as in hair grows that color). I recently did my hair blue – it looked great but faded fast.

And “The Teen” (is that a hero or villain title??) keep in mind that certain flavours of jealous and insecure people tend to go on the attack like that. As long as a) you can live with yourself about the things you do and have done, and b) you aren’t going out of your way to hurt others (mentally or physically) to gratify yourself, you are probably a more than decent person – so tune out the bogosity from the others.