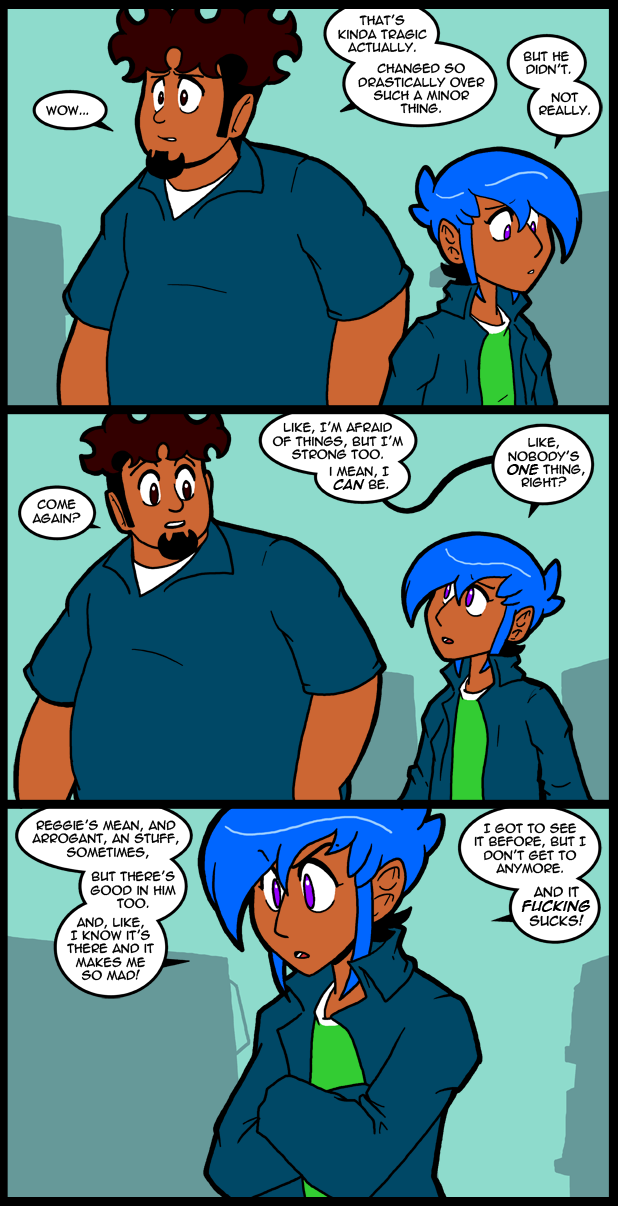 I’ve been in charge of the Teen for a few days now. Because of this she is in the room with me now because she doesn’t want to be alone while I work. I’m using this moment to talk about here without telling her. HAHAHAHAHAHA! I have the new season of Community on to keep her docile. It’s working at the moment, but who can say how long I actually have.

I don’t know if any of you guys pay attention to comic book crap. I don’t really but I’ve been made aware of some of it in the Transformers continuity by way of Tumblr. There’s a whole debate going on about gender, which I can’t bring myself to give a fuck about. I did, however download the first Windblade issue in the series that seems to be causing the angry talking. It was fine, but the whole thing is a little hard to parse out and not a good jumping on point.

I chose that issue because Comixology changed its store in Apple products and they gave users a credit. Which is a whole other comic nerd argument.

Kind of feel reminded of Star Wars a little here by this, if Luke had been an mildly angsty, adorable female.

P.S. I started playing ACNL again, but since your big reset, I don’t have a valid Carol on my best friends list(had your original one still). I’d like to fix that at some point if you ever have time.

I’ll have to make sure I still have your FC. I accidentally deleted a few when I was turnip trading. It’s hard to tell who is who.

I still have yours, and it still shows me when you’re on, so I don’t think you deleted me. My Mii is Kitten, with the shortish brown hair and red shirt with LBW as the favorite game.

Well, I’ll open my gates and leave the system on until you come over.

cool. I think we may actually have different native fruits now, so I can maybe be helpful when you need to offload perfects.

Pretty sure that was English, but I dunno……Anybody here read Murder in the Rue Morgue?

Actually, yes, I have.

Honestly, I think that analogy would leave Brooksie tickled pink!

Jo apparently forgot about the time Reggie bought her a drink without asking for anything in return.

I’m not sure failing to mention a kindness counts as forgetting one.

I remember that incident. I still think Reggie got caught with his hand in the cookie jar and was trying to cover his @$$.

Reggie does have epicness inside him, he needs to be talked to because hes become one of my favorite characters among your cast!

If Reggie can master his two halves he will rule the store and tomorrow THE WORLD!! MUWAHAHAHA!

Jo’s words really resonate with me. I’ve been pissed off at this one former friend of mine who turned into an asshole (although come to think of it maybe they always were one and I mostly saw the good side… Now I am pretty acquainted with the shitty side.)

Even when I’m not directly interacting with them, everything they do in my presence only seems to strongly reinforce the idea that they are a jerkface and I should ignore and forget about them because they clearly don’t give a shit about me anymore.

But then I remember that they are a person and NOT one thing; I’ve seen first-hand how NOT-one-thing they can be, except now the part of them I most want to see is no longer accessible to me. I am no longer going to be a person that helps cultivate that goodness.

At this point, though, I can’t pretend to really care about them anymore and am probably just bitter that they’re no longer nice to me.

Been there, done that, got the T-shirt. Trust me; you’re not the only person that has happened to; but kudos for seeing more than one side.

I guess adding my 2¢ on the comic would be pretty pointless, since @whoopwhoopwhoop has already said it better than I can.

I have a close friend from Cambodia. One of his nephews has a phrase that works, but it works by pissing me off.

Yosemite Sam, please tell them how I feel on the inside every time.
http://www.youtube.com/watch?v=QnDxPG3KrtA

Ironically, it does actually calm me down in spite of the grumbling.

This comic is one of my favorites from all of Between Failures.