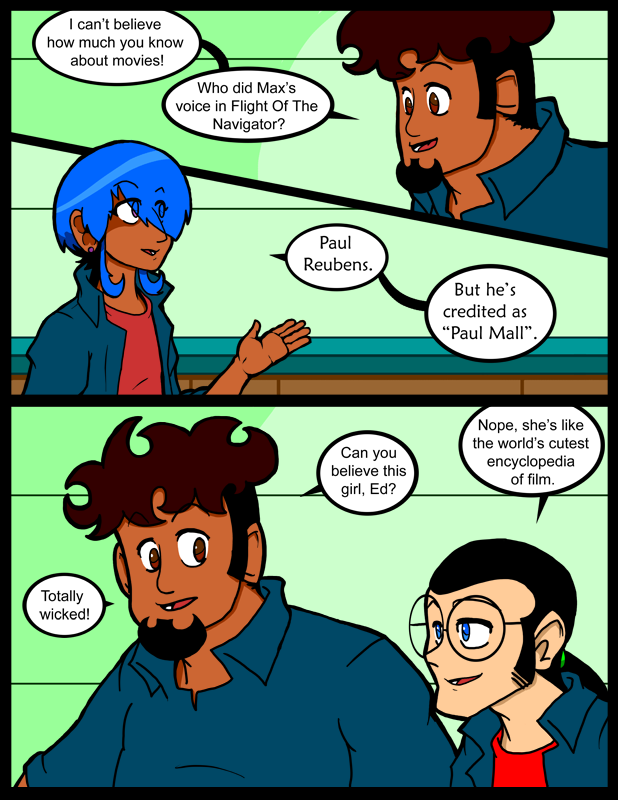 Man oh man, I am worn.  Didn’t have to argue with my PC over weather or not it knew how to access the internet though.  The old wireless card Mom put in the other day seems to work without the slightest problem.  Knock, as they say, on wood.  I’m still not sure what it is about little USB memory sticks that my PC hates.  Everything else it’s fine with.  External drives, printers, scanners, it has no problems with.  Only those little “dongle” things.

It’s generally accepted that I am not allowed to do things with the insides of electronic devices.  There was a time that I could open up anything and get it working again, but technology has left me behind.  The last time I got inside something it had to go to the great recycling bin in the sky…  Or just the recycling bin really.  So, now I’m not supposed to open things up.  My mother, who takes computers apart and rearranges their bits all the time, makes me wait till she can supervise me.  I like my stuff to remain in working order, so I don’t argue.  It’s not like I couldn’t learn, but I have this tendency to charge ahead without knowing what I’m doing.

It seems to me that we should be able to use all the parts we have from old computers to make one supercomputer.  Much like how the Constructicons form Devastator.  Apparently computers do not work that way.

My system is made of of bits from computers past though.  The scanner is the same one I’ve had since I got my first one.  I’m not sure when I got this keyboard, but it’s got more fancy than my original.  The screen got replaced somewhere along the way.  Since I got the Wacom I’ve been using it for the mouse.  I think some of the memory is from an older system.  Yet it still refuses to merge and form a gestalt robot.

If only I had the Matrix Of Leadership, or Allspark, or whatever they’re calling it now.

I AM MEGATRON! AND NONE SHALL POSSSESS THE ALLSPARK BUT ME!!!!!!!!

She really is quite the cute little person, isn’t she?

oh and don’t forget how in eras past the minicons would combine to form a kickass robot whose name i forget but he was super fast and about half the size of a normal transformer, oh and personally I don’t remember the allspark being an object of power anywhere but the movie and new show, I do remember planetary keys, energon, minicons, and several other things being such objects of megatron’s lust for power

Well the Allspark seems like a altered version of the Matrix of Leadership, up to and including being needed for the creation of new Transformers. I believe it was Beast Machines when the “Allspark” was first mentioned, though it was more like a Cybertronian Gia than an object of power.

An adorable encylopedia, tht gives me an idea… hmm mbetter make it to the patent office before anyone else does.

I’m not sure I’m sold on the “look” of the transformers. I don’t know… I guess I understand that it’s easier to draw a block arm moving around, and in real life you would actually need all those little gears, panels, and bits and pieces… but…

Your Mom and I would interact like two Dr. Frankensteins. My current computer tower has a motherboard from one computer, the CPU chip from another, the first power supply was recycled from an alley find, the 3.5″ floppy is recycled along with a CD-ROM drive. In fact the only new parts in the original build were the RAM and a CD-RW drive.

I’d love to have a Frankenbox. But all the computer parts I have laying around are old and useless.

Well, the last time I ran into a problem with USB devices not working it was a power supply issue. External drives, printers, scanners, they all have their own power supplies plugged into the wall. Little thumb drives and Wi-Fi dongles don’t. So when they don’t get enough power, Windows loses them.
The reason the internal wireless card is okay is simple: it uses a different rail on the power supply. USB is +5V, your wireless card gets 3.3V through the connection to your motherboard.

When my computer refuses a USB memory stick, it’s usually because something is wrong with the file system — perhaps it had not been ejected properly before pulling it out. I use the system utility for repairing file systems. On Linux that’s called fsck. I don’t know what it’s called in Windows, or if the Windows one even works.

Hmmm. Ladies and gentlemen. ….i believe yound Edward has given me a correct description of our dear adorable ninja of movies a perfect title. Let it be noted and documented as of now.