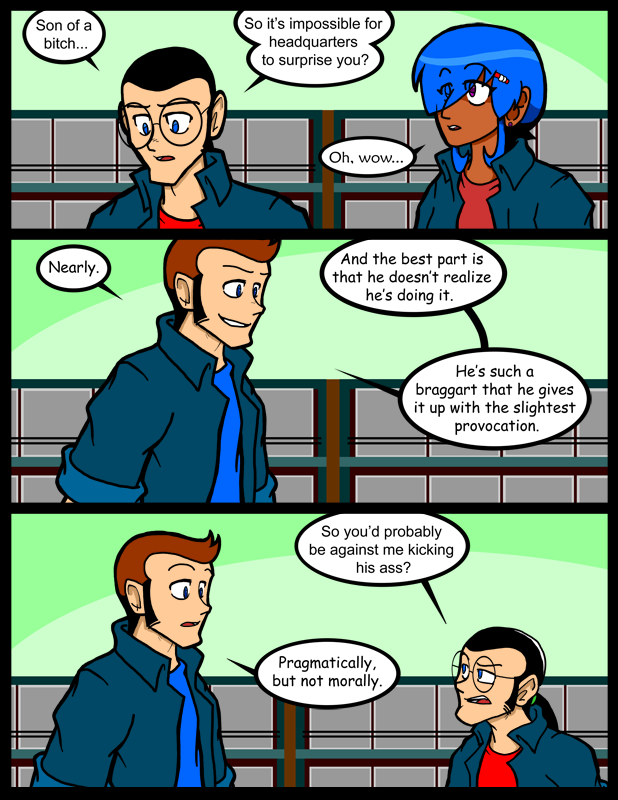 You know, Disgaea DS has probably been my best game purchase in a long time.  I prefer many aspects of Final Fantasy Tactics, but Disgaea destroys it on the grounds of replay value.  I’ve sunk a lot of time into Disgaea in little chunks.  There is so much to fiddle with.  I mean, you can go into your gear and fight monsters to level up your weapons.  It’s practically another game unto itself.

I found a cheap copy of Disgaea 2 while out and about one day.  I wouldn’t normally buy an old PS2 game, but I was afraid that they would never make it for a handheld, and didn’t want to miss out.  Of course now that I’ve spent money on the PS2 version I’ve practically guaranteed a DS release by using the universe’s innate desire to screw people over.  Heh heh heh, I’ve got you this time universe.

I have a little collection of NIS games that I bought for the same reason and never played; Phantom Brave, La Pucelle Tactics, and now Disgaea 2.  Of course I unlocked Prier from LP Tactics in Disgaea, so now I’m curious to know how she went from human to human/demon.  I also want to track down a copy of Makai Kingdom.  One of the guys from that is a boss in Disgaea DS, so I want to see what that’s all about.  Grim Grimoire seems to have the same artist as the other, so I need to find out about that as well…  All of these games are probably hard to find now that I’ve come late to the party.  Still, something to shoot for, I guess.

There’s some kind of Prinny game for the PSP apparently, but I’m not even sure if it got an American release.  I only know it exists from glancing at a pic on Amazon.  Still, if it’s related to the Disgaea series then I’ll need to at least look into what it is at some point.  Prinnies are fun…  Dood.

I know there’s a Disgaea 3 for the PS3 as well, but that’s so far out of my reach there’s no point even speculating about getting it.  Perhaps some kind game developer will downgrade it to a more affordable system, so that pathetic wretches, like myself, can play it.

I think the fact that Thomas is manipulating him is even better in my opinion. :)

Disgaea 2 was actually the last game I played on my PS2 before moving to the 360.
The Prinny game is here and its pretty good. Its a platformer though not a tactics game. Its kinda like that rocket slime game.

Well the game’s probably up anyway, what kind of guy would get his ass kicked by a girl and sticks around to hear about it?

Disgaea 2 was good. Disgaea 3 is much better (and one of the reasons I got a PS3). Prinny: Dood, is it alright if I’m the hero? is out in the US. Makai Kingdom is the best of the whole NIS strategy line in terms of gameplay, I think… also, I expect to see you putting “I’m a badass freaking overlord!” somewhere in the comic after you play it. :)

You know they released a PSP version of Disgaea before they ported it to the DS, right? Better graphics. :)

I’ve read how they’re going to change it for the Wii, and I think the changes will turn it into a different game altogether. Kind of like how the multiplayer for Gears of War and Gears of War 2 are not really “the same”.

If you go on Gamefaqs and read some of the posts about Wii DR and 360 DR, there are many fanboy rants that I found amusing.

I still think reggie is an ass and should get his butt kicked. But he does fit into the story well

No. dead rising for the wii will be shit. you will get half the content because of the lack of power on the wii compared to the 360. its like Dawn of the dead the new version or anything by George A Romero vs 3rd party film festival zombie movies. Overwhelming power vs bad and small.

It would have been nice to see Ed completely trounce Reggie…but wasn’t it so much better to see Nina smack him?

Okay, brief rundown of how Prier (or Priere, depending upon the game) became a demon overlord.

In La Pucelle Tactics, by killing teammates on a map (helpful to level up sometimes until you find tough enough gear to powerlevel the ol’ fashioned way), the map gains dark points. Once the points reach 100, a gate to the dark world appears. Once Prier (who’s trying to become the Maiden of Light) meets certain conditions as her crew romps through the dark world, she gains the title of Demon Lord and gets a little cinema. Keep on going through tougher opponents, and eventually she gets another cinema where Culotte (her brother) laments on her becoming a Demon Overlord.

Of note, in the first chapter, in game cinematics, her kick can take down a steel barricade.

It was this game and Disgaea that made me hunt down other NIS games, even Rhapsody for the original PlayStation. I swear, Rhapsody was fun, but not challenging. I didn’t even really try, and finished like 90% of the side quests.

JT…I think I broke your message board

that being said, here’s a video to make up for it.

Funny, we were discussing the greatness of the item world earlier. Yay items!

@Joey so, it is your fault! I wondered who broke it! and I prefer their other song…the one about losing control…in your pants.

I’ll confirm your beliefs about Disgaea 2 being made a portable game due to the universe’s innate desire to screw people over, as it’s already been officially announced for release on the psp about a week ago (meaning a ds version is highly likely). Even so, I’m tempted to get the Playstation 2 version, as well, given I rarely game while on the go as of late, and would prefer to play it on the television.

As for the prinny-based game on the psp, I’m a little sketchy on the details, but I’ve heard it’s a side-scrolling platformer, using mechanics which are similar to those used in Super Ghouls ‘N Ghosts, only better. I might need to check it out sometime, as what I’ve heard about the game has been positive.

By now La Pucelle Ragnarök tells in detail how Prier became a Demon Lord.
Disgaea 2 “Sea of Blood” Prier is the outcom of the bad end Demon Lord path, but both her and good end Demon Lord Prier seem to be canon at the same time (NIS is fond of mixing timelines after all)

“you’re against me kicking his ass?”