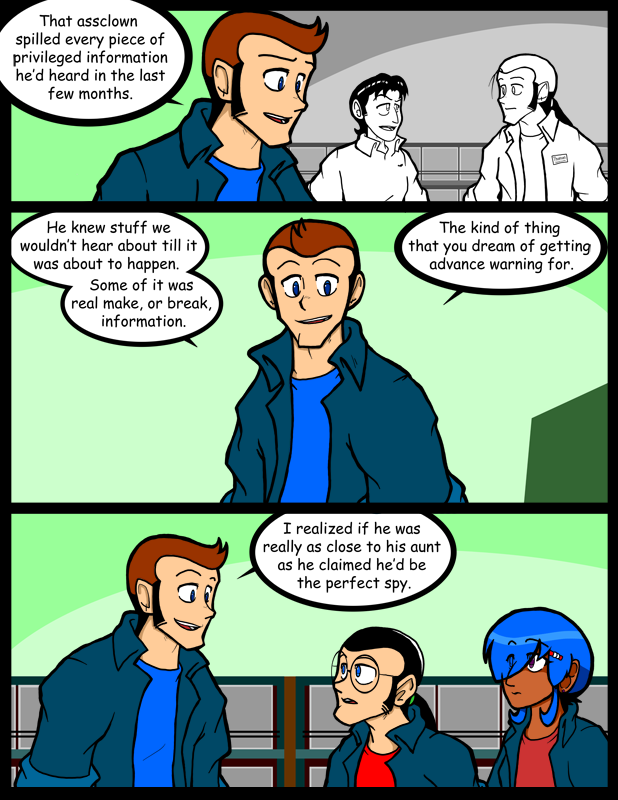 I had this dream, that I can’t remember very well, but it had those puppets like they had in Thunderbirds.  (For those of you too young to remember Thunderbirds think of Team America: World Police.  It’s that style of show they were trying to parody.)  I couldn’t remember anything in particular, but it made me go to youtube and look up Thunderbirds.  That show was just a tad before my time, so I have vague memories, at best.  It was bigger in Britain too, I understand.

There were enough clips that I could get an idea what the show was like.  It became clear pretty quickly why the show was so popular.  I ended up watching as many clips as I could find, even though there were no full episodes.  (This lead to several days with the theme stuck in my head.)

Anyway, while I was Thunderbirding, I ran across a clip from a show that I only ever saw one episode of.  I’d been looking for proof of it for years, but didn’t have any keyords to search with.  I only remembered that it had puppets like Thunderbirds.  Someone had finally uploaded some clips on Youtube.

It was a show called Star Fleet.  (The original Japanese name is X-Bomber.)  It was created by Go Nagai, and had puppets similar to Thunderbirds, but was in a Japanese style.  It’s pretty stereotypical 80s Japan.  Giant warship flies through space fighting aliens with a giant combiner robot.  Anyway, I’ve been searching for this damn show for years, and ran across it on accident.  The funny thing is that I’d read about X-Bomber before, but had never seen images, so had no idea it was the show I’d been looking for.

I had a similar experience with The Mysterious Cities Of Gold.  No one I knew remembered it.  It got to the point that I had almost decided I’d imagined it, until I found it on youtube.

There’s a lot of weird things about the English staff for Star Fleet.  Like the guy who does the voice of the red headed chunky guy is the dude who played the butt raping prisoner, Bogs Diamond, in Shawshank Redemption.  (Or Drake in Aliens, if you like Sci-Fi.)  In fact, if you snoop through the careers of many of the UK voice actors you’ll see they’ve been in a wide variety of roles in the periphery of your cinematic lives.

Dude, Mysterious Cities of Gold is getting a DVD release. As soon as I get my tax return, I’m buying a copy. It has been too long since I’ve seen it on Nickelodeon.

There’s also a “Deluxe Edition” with lots of goodies…

I’m still waiting on my other memorable childhood shows to get DVD releases, such as Jayce and the Wheeled Warriors (all of it, not just the first season), Turbo Teen, Pole Position, Galaxy High, Gilligan’s Planet (think Gilligan’s Island meets Lost In Space), BraveStarr, Kidd Video, Silverhawks, Thundercats, Centurions (Power Xtreme!), Samurai Pizza Cats, The Maxx, Aeon Flux (the cartoon, not that stupid live action blasphemy), and any others I’m forgetting.

i never expected that

Yea thunderbirds was pretty big over here, I’m only 18 and I can remember getting a poor quality digital watch in the shape of thunderbird-2 (the best one by far) and thinking it was amazing!
Did anyone ever watch captain scarlet or that other one with the girl who could breath underwater or something? Those were the days!

heh, I remember the thunderbirds, and those other two as well Tchib

I loved how Reggie is oblivious to the fact that he is a spy and kudos to Thomas for turning a liability into an asset.

What about ThunderCATS?!?! I realize that they weren’t puppets, but they do share the name Thunder…

Tchib: The other one you’re thinking of is Stingray.

I had a very similar experience with The Adventures of Unico. Course,I wasn’t aware of the name until sometime last year. I remembered this anime from when I was like 4 or 5 about a little pink haired unicorn, but every time I told someone about it, they’d look at me like I was crazy, so I began to think maybe I’d just imagined it. Thank goodness for Youtube X3

All the meeting rooms at my workplace are named for Thunderbirds characters. I had a meeting at 10am this morning in 601 John Tracy.

i also had a similar issue with evil dead 2. for years i remembered some movie i had seen when i was maybe 4 or 6 or something, and all i could remember of it was green blood erupting from this dude’s neck hole and the final scene with the flying deadite, which i at the time thought was a pterodactyl. like 10 years later i finally found out what it was and my mind was at ease.

This would make it worth putting up with Reggie, wouldn’t it?

Thomas with a ponytail looks very much like Ed….good thing he changed it, that could get confusing.

The joy in these two pages is in slowly realizing that Thomas used to have a pony-tail.

The Mysterious Cities Of Gold. I have been trying to remember the title of this series for years.