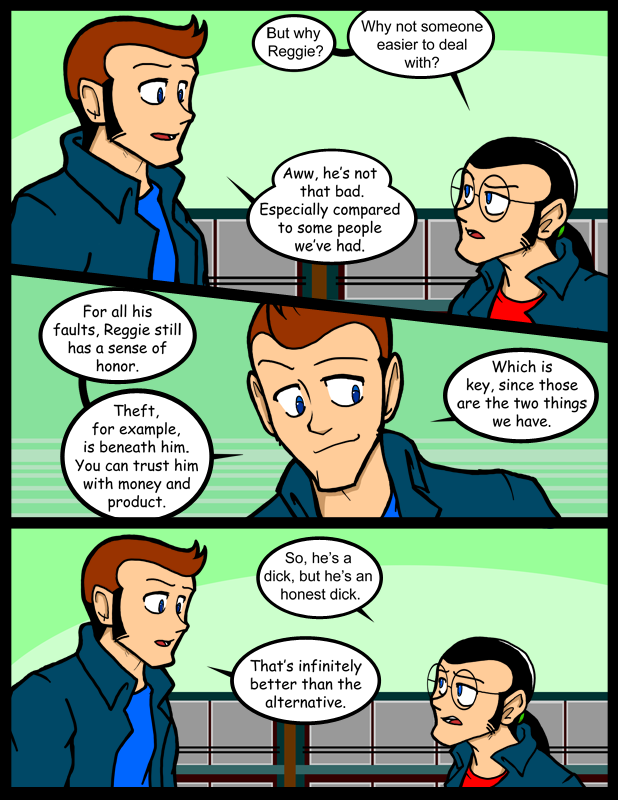 I had this dream that I was a kid living in the south.  My friends and I would go swimming in the river.  You could see an old structure out in the middle of the water, equidistant from either shore.  I found out that it used to be a prison where all the inmates died in a fire.  Then one of the guys went missing.  Apparently drowned, but an old man told us that we shouldn’t swim in those waters.  He said that the spirits of evil men claimed the souls of anyone who drew too close.  We were happy to stay away until our missing friend began appearing to each of us.  Eventually we all made our way out to the abandoned prison.  I woke up before we had done anything, but I have a feeling things weren’t going to end happily.  I’ll probably write the whole dream out when I have some free time.  It would make a good horror/suspense movie, I think.

Wow. Thomas is wise beyond his years.

Yikes! Sounds like a darkly seductive lie, meant to ensnare and kill us all. :P

I do so love character development, I totally would have pegged him for a theif.

Oh, and your dreams should be short stories.

yea… maybe not a GOOD horror movie but a kick ass dream, mine tend not to get too complicated.

C- Well done. That is correct.

Hey, I’d watch it. And it defantically better than Death Bed: The Bed that Eats People…

So Reggie was his own father and was left in a box under a pool table?

If he were a thief, he wouldn’t be obsessed with getting more hours. Part time/seasonal is infinitely better if you’re planning on ripping the company off, because not all of the regulars know you and they all expect you to just vanish one day.

Ok I’m only 21 and I saw a Nixon joke… I hope it was intentional… and that another 20-something saw it too. I haven’t even seen Nixon/Frost

Dang Socky posted the ref before I even got to this page. ^__^

that dream reminds me, at least vaguely, of Stephen King’s IT.

Glad I’m not the only one who picked up you were a Red Dwarf fan! Series X is now filming, by the way :)

Is that so? I hadn’t heard. Good news, everyone!

You know what? I freaking hated Reggie at first, but now he’s sounding like the Between Failures’ equivalent of Dinobot, and that’s awesome.
I think he’s my favourite character now? I’m not sure. But he’s high on the list.