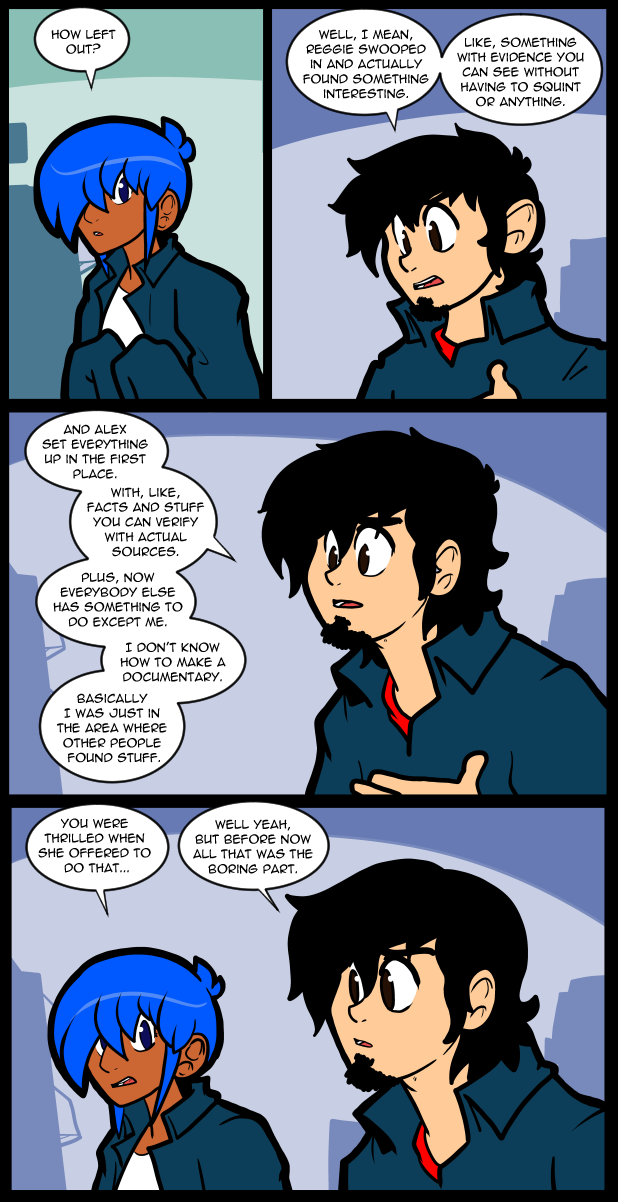 This is not all that different a conversation he’s had already. The key difference being the person he’s having it with. I don’t know about you but I tend to have iterations of the same conversation with different people. Sometimes because I want to and other times because they want to. Sometimes I have the same conversation with the same person over and over but they change slightly each time. It’s kind of how we slowly work out problems as people who aren’t brilliant enough to do it all in one go. For me I think there’s a desire to get a different response, or more of a response, & when I don’t get it I try to reframe or rephrase the information to see if I can get to the response that will make me feel the way I want. Probably not the best way to do things when you sizzle it down a bit…

Similarly, I have been asking for support for my work many different ways, over and over, since I decided to try the Youtuber style of blogging. Honestly I can’t tell if it’s doing all that much good, but hopefully it is. At the very least I hope it’s not actively harming things. Regardless, links are above, as always.

Shouldn’t WAY in the last speech bubble be WAS?

I’m probably up to late, to type something on the web, but-
I think John is trying to say something like-

“Well, that was the fun part…but now- all that is left is the BORING parts.”

For what it’s worth, I read it as ‘this used to be boring, and now that it has become exciting, someone else is doing it’

*all that is left [are] the boring parts.
I guess that’s better grammar.
I know a lot of grammar snobs, from inside + outside of my family. :(

It occurs to me this day at the store nobody who’s talked to Reggie has talked to John yet, right?

Almost 400 comics ago (2034) Alex was driving him to the Grand Hotel Ghost Chase and saying “I like you a lot, John (but I’m not ready to die for you just yet)” re the rickety spaces at the hotel.

Learning how things turned out will reveal his resilience. I mean he knew ever since the furry meeting this was something of a love triangle, but now it’s a love line segment.

Well, John, a good plan here would be to start looking for an encore.

This documentary could be a winner. But where’s the next one going to go?

Find something Ed and Lorraine Warren-worthy!

That’s like telling him to just make something up.

John’s made clear he’s not good with that. I believe it was a previous ghost hunt where he did no research, did not even look up directions, just went to a school(?) because he heard that spooky stuff happens there. I think John is the…I don’t know a name for it, but a good, decent, hard-working guy, who means well, but is insecure because he feels he lacks any particular strengths or talents beyond that–he’s not book smart, not street smart, not great at reading people, not super confident, has no skill he can show off (like, I dunno, musical ability), certainly isn’t wealthy, etc. He underestimates the value of hard work, honesty, and the resilience he clearly has–many of us couldn’t just go off on our own and live out of our car without breaking down, or turning to theft, etc. I doubt I could.