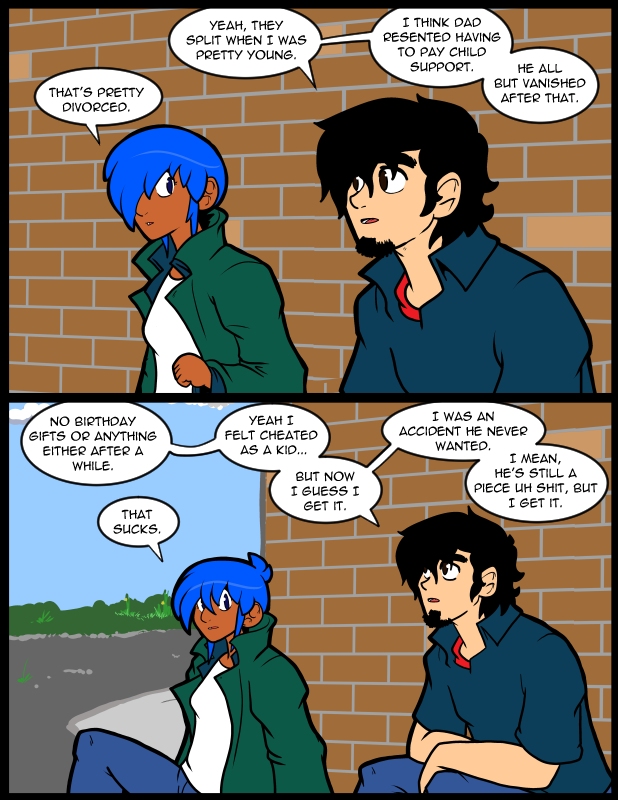 Today was the first full day with grandpa again. Neither of us have to worry about the time change, but for whatever reason I didn’t sleep well and had a hard time staying awake all day. I say for whatever reason but I folded my right shoulder over funny in my sleep and it throbbed after I finally woke up and realized it. I’ve been having lots of weird new problems with every part of my body recently. Any number of things could be causing them from my weight to unrelenting stress. Since they are new things I don’t know exactly what to do to avoid them. Some of them aren’t just sore muscles and are genuinely concerning. Me being in charge of feeding everyone is really a worst case scenario for everyone. I’m not good at it to start with and I can’t source things that are more reasonable foods. So basically all three of us are being slowly damaged by food made to keep for a long time & premade food. Plus stress makes me want to just drink soda. I’d rather just have a soda than eat most of the time. No amount of easy sugar is going to fix anything though, so it’s just my body trying to find happy brain chemicals any way it can. Most of how our brain wiring is set up is detrimental to a human with easy access to bad food. It’s like the most drawn out suicide you can manage. I really have a lot more sympathy for drug abusers than I did in my youth because I really understand addiction now. You brain wants to feel better so much that it overrides all other logic to try and get that feeling back. My addiction may not be as obviously destructive as an opioid, but in the long term it is and it functions basically the same way. Any little distraction from the relentless bullshit. Just for one fucking second. Maybe I just need to buy myself a pacifier and see if sticking that in my fat face helps anything.
It’s already halfway into March and I haven’t done anything for Patreon. That’s really going to fuck with my patreon pitch at the end of this thing… Any time I try to draw something that isn’t the actual comic I lose focus and it turns into nothing. Or something too weird for patreon. I’m also irritated that I can’t step my game up like I want to. Art is something I can’t learn easily the way I can with things I can hear. It’s a tragic irony that my best learning method is hearing things which doesn’t translate to art most of the time. If I look at a drawing tutorial it’s mostly a waste of time because I have to learn art by doing it & it doesn’t come quickly. Well, actually if it were clay or something it would. Drawing and painting I can’t learn as fast. For whatever reason all the skills I’m good at are at odds with what I ended up doing. It’s always felt like some kind of cosmic “fuck you”. Kind of like how the way I am is charming in person but over social media it just makes me seem insane. I’d really like a second playthrough with knowledge I gained from this one. This doing shit one time is fucking bullshit.

Speaking of the relentless march to the grave, my birthday is fast approaching and, by extension, the comic’s. It will be 16 this year. I will be 46. 50 is starting to really feel like my finishing line at this point. Unless I pull my life out of this nosedive pretty fucking quick. Guess we’ll see. In the meantime you can support the comic via patreon or whatever. The one I said I haven’t been posting too earlier. Yeah. That one. (this is where an image of my eye twitching should go.)

A lot of what you say here just kinda sucks, and I really appreciate that you pull through to give us more story three times a week.

That said, if your supporters are at all like me (enjoying the comic, the extras, and reading the bit below the comic pretty regularly), they’re well aware of some of the ways your mind works. You underestimate our tolerance/love for what you call ‘too weird for Patreon.’

Tough times. Very sorry to hear it. Hang in there!

Actually…Would it help to have someone come over and take care of food?
As a community, we could try to organize a cook or delivery for a certain amount of time.

Having someone source solid food can also be good fun.
Maybe a mix of healthy and addictive food to treat the brain gently.
Plus, I imagine it might show up in the comic after a while. :-)

…I used to have a group cook for a whole coworking space.
She was the best, cooking homely food for a sizeable crew made it worth her time, and we had a treat,
until I had to move away, but it was enough to show me
what possibilities lay out there.

Another funny-sad story: My grandma had had an accident and had to stay at the hospital for two days. Grandpa had gotten too large to move anywhere really. I happened to visit him the very day and look after him, while the rest was at the hospital. He was completely helpless, from a generation where the women used to take care of the food. His contribution to meals had been to dip a leek in salad and pour a shot of liquor. So, noticing he had almost nothing left in the fridge, I asked him: Grandpa, what are we going to eat? He gets up, knowingly motions me to follow him. Then we embark on this journey of 15 to 20 minutes that it takes him to get from the upper floor round the house to the cellar, where – marvelously – canned pickles are stored, though – magically – only one type of it left and that is okra. He was pretty proud with himself, opening the can. I can stand it for about three pieces. So resigned for us to starve, but eventually managed to produce an omelette at the time. It was an intimate embarassment shared. We survived it.
Few years later I expanded recipes repertoire the hard way. I decided to limit my diet cutting some very common foods, committed solemnly, went to three stores, panicked, then bought everything they had that was still ok to eat, went home and cooked the first portion, went to sleep. After two weeks I noticed I was still alive – and using up the first grocery shopping. And a year later blood values were still good the doc said. So that was my bar, unexpectedly made it, and haven’t looked back.

…Anyway, drop the word, if that’s an option for you to try. See what the community comes up with.

I used to kind of make fun of people needing cigarettes so bad- Till I went a couple days without my 32 oz Dr. Pepper (or 2 or). Then after making the 40 mile round trip to town, I had a little more sympathy.

I’ve discovered Sodastream. It’s a cheaper way to get soda, and you get to flavour it to taste. I don’t use any of the flavour syrups they provide. Tge machine makes carbonated water, and I add whatever flavour I want in my glass.
But this doesn’t provide sugar or caffeine.

Eggs are pretty good food. And omelets are easy — except if I make them they always resemble scrambled eggs with additives.

Crack the eggs in a bowl, add a dash of water (I use a literal table spoon) and whisk it into smoothness, like for 30 seconds or so. This will turn into a fine omelet. But I love scrambled eggs too.

Please u guise, the reference to damaging food distresses me, can’t you just buy a load of pasta, crushed tomatoes and olives to mix in. Perfectly fine student food, you can make it in 20 minutes. (I’ll leave the meat prep to those who partake.) Or do that paleo stuff maybe?

Recipe sites are often good too if you need some inspiration. Stay away from the show-off recipes with a dozen odd ingredients.

I feel sorry for John.

And the silver stool…