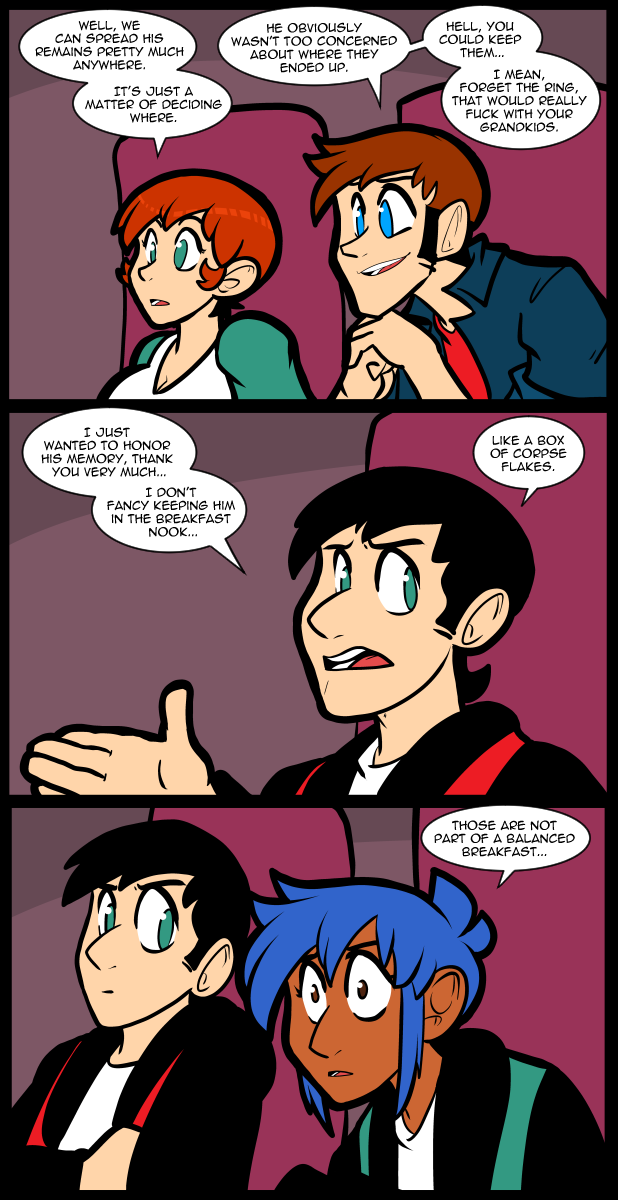 Disney has a big problem with people wanting to be scattered on their premises. It’s not allowed, but it still happens a lot. Almost every video about the haunted mansion mentions that they have to sweep up corpseflakes & pitch them. Which is basically what you’re doing when you pour out grandma anywhere, just fancy littering. I know it’s symbolic, & it’s part of grieving & everything, but there is a pragmatic side to the whole thing too. I watched a video once about two guys who spent decades sneaking into the world of tomorrow, or whatever it’s called. Eventually one of them died of cancer & the survivor took a pile of him to season the grounds of that attraction. He filmed himself starting to do it but not the exact location. Not that it matters really. It was touching. Disney should really just sell the right to pour out relations in specific park locations. They’re gonna need the extra money because of covid, and there will be more people needing the service because of covid. The solution to the problem is right in front of them. That’s why I should be working for Disney.

It’s like Jo’s whole world has been turned upside down with that realization.

This is the first page in a long time that got me laughing so hard I had to show it to my wife. The combination of corpse flakes with Jo’s expression and statement are just perfection

Laughing body parts off, that will need reattaching. What a punchline!

I enjoyed your TED talk.

Corpse Flakes can spread deadly diseases so you gotta get rid of them ASAP. Before they multiply?

Corpse Flakes is what Bacon Bits should have been called.

Since some ignition is involved, you can also call them-

We can now retire from the internet.

Including the joke, we have now witnessed the greatest joke that will ever be written.

Dang it including the “title”

Also, can’t believe I’m the first to claim dibs on Corpse Flakes as the name of my new band.

It occurs to me that, had Jo been alive in the world of Ready Player One, she would have found Halliday’s Easter Egg within about 20 minutes.

They’re Griiit! For when you need a little extra calcium.

Brooksie was so shocked that her sleeves turned black as a result.

I’m surprised you haven’t noticed Reggie’s sleeves doing the same thing this entire section, eagle eye. Would’ve been real helpful before I got a month deep in these…

Just leave a note-to-self attached to the file.

When it comes time to edit for publishing on dead trees your editor will already know what needs to be done.
I would never foist that job on an artist unless the artist was masochist.

There was an episode of Hill Street Blues where Sgt. Esterhaus’s ashes were spread in the center of the precinct, then swept up a a streetsweeper just after everyone left. Littering, indeed.

“corpse flakes” I love it. You just gave Reggie the best line in the entire comic so far.

Alright, I about died at the unbalanced breakfast bit. Best. Line. Ever!

I can’t imagine Brooksie going thru that incredible stunned look while coming up with a line like that.

That last panel is awesome

I don’t know, those eyes and that line- sounds like the voice of experience.

Although, maybe for Jeffrey Dahmer, they might be a part of his breakfast.

Thurl Ravenscroft got turned into a box of Corpse Flakes.

For the Disneyworld, and [various] Disneylands idea:

You COULD fill a cigar tube, or some other 8 x 1 inch [type of]container, and sneakily pour some of your favorite uncle’s, or Grandma’s, or etc.’s ashes into a plant or a pond, in Disney-world. [As in- D W in Florida].

And then later- you could spread the rest of the urn’s ashes- in a nearby park’s bush, or in a lake [or some other place where that is allowed].

So THEN- you can tell people that you put Uncle Jimmy’s ashes in Disney World, and that they are still there.
[You just follow that up with a white lie/an omission thing- and don’t tell them that [not all] of the ashes are in Uncle Jimmy’s favorite fun park]. Regardless, you can then say that he, she, or they, are in the Disney park.

“I love it when a plan comes together”. :D

I wonder where John + Reggie are going to put this box. I hope that question will be answered in this chapter. :)

It’s true that Disney has deep pockets but COVID-19 isn’t going to shut the house of mouse down overnight. Even with the parks closed, the company can still get by easily with perpetual merchandise sales and subscription revenues from their Disney+ service.

Disney isn’t going anywhere, even with this pandemic.

I’m not trying to be a heartless ass here, I’m just pointing out the elephant in the room, and that elephant sure as hell ain’t Dumbo.

If you like hearing about + discovering the past rides of Disney + Epcot parks, check out the Yesterland Entertainment [R] channel, on youtube:

I winced at “corpse flakes”, started to laugh at Brooksie’s line, and lost it at “THey’re grrrreat!” :D I loved that tiger. Liked Rice Krispies better to actually eat… until I started thinking my joints sounded like “snap crackle and pop!” ;)