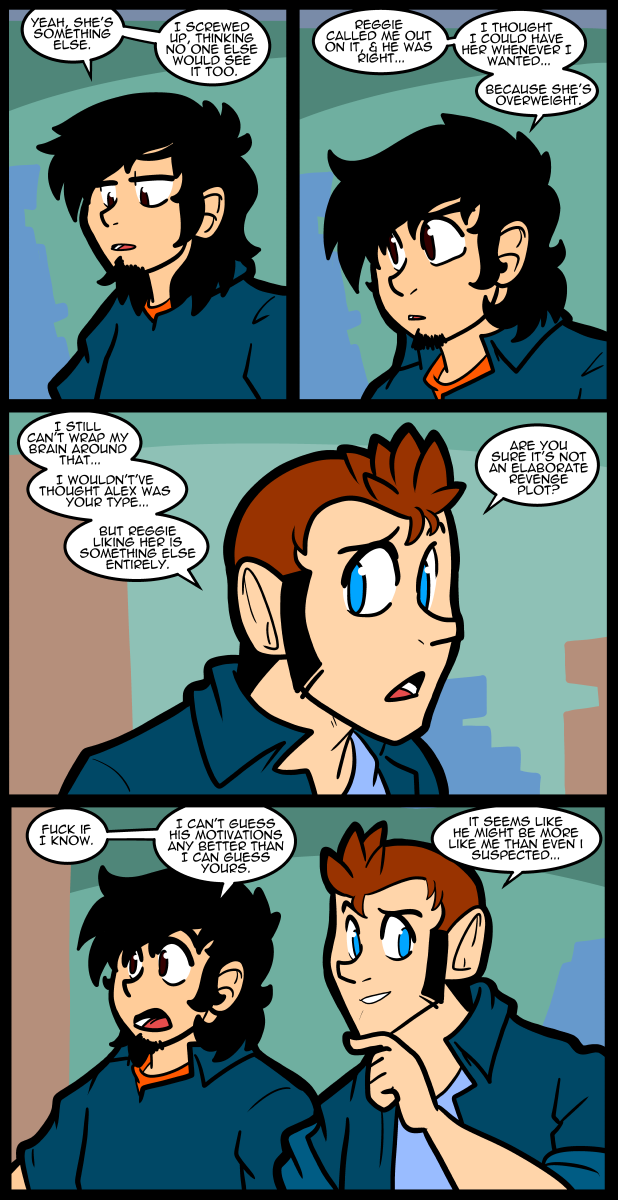 John has progressively gotten more obsessed with Alex over time and I think that maybe a little of is the fact that he didn’t instantly get what he wanted for a change. Not getting what you want tends to make some people want it a lot more than normal. Although in this case an element of realization may also be playing a part. It really sucks when you think you have all this time to do something then suddenly something snaps it all away. It gets to you psychologically. Additionally Alex has her own agency, so there was no guarantee she would have agreed at the end of it all anyway. Obviously she was interested, but after spending time with John she may have cooled to him over time. Maybe he isn’t the person her fantasies made him out to be. Sometimes the people we think we want turn out to be not what we want upon closer inspection, and the reverse. Sometimes it seems amazing anyone ever manages to couple with anyone else.

they came for the fats, stayed for the brains

I can see that- how some people are really different, than how they 1st look.
I read about a ww2-era, British actor. He looked really smooth in his films.
In real life- I guess he was more of a clumsy, Charlie Chaplin, than anything else.
Who knows?

..”some of God’s greatest gifts….are un-answered prayers”….
(but seriously, I could do with a few more yeses.)…..

There’s this textbook on how to do this right, called: “The Prince.”
The author is a famous guy, but most folks dont know is that Thomas ghost wrote it for him, and sent it back in time so the old guy could get the credit. (Get it? Credit? )
I think the guys name was M. Achy-Valley. … Er summit like that.