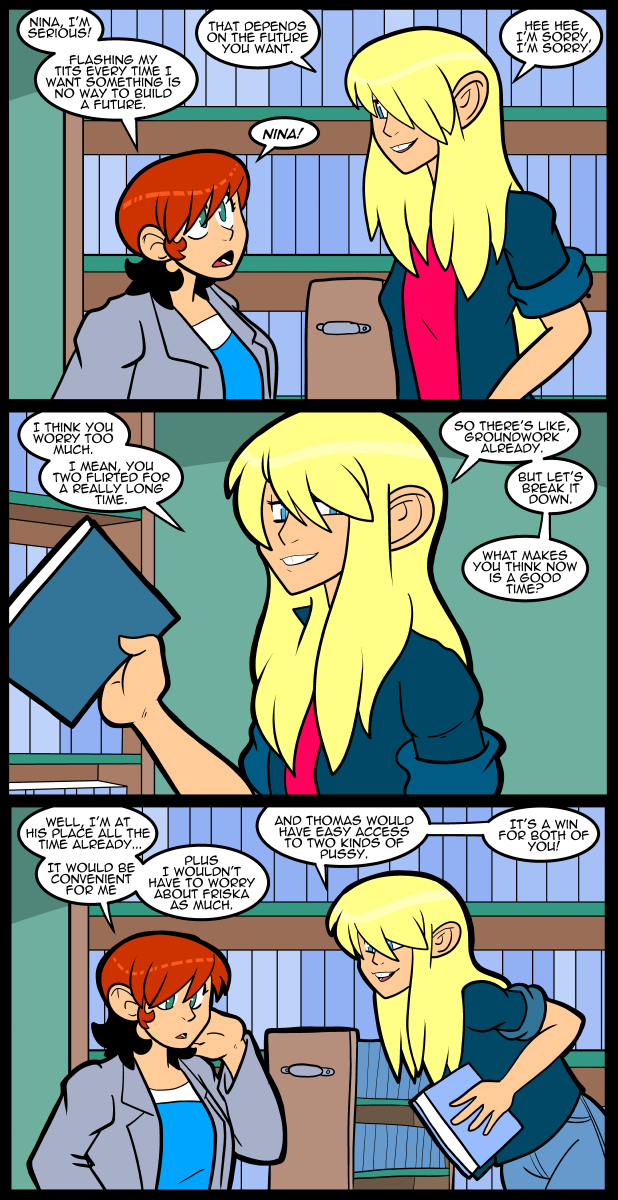 Technically it’s a win for all three of them.

I’ve been sorting my Lego in an attempt to streamline my construction process, but it’s been slow going and I don’t have enough containers. I’m also sorting by color, but what I’d rather do is sort by color AND by part type, but that would take even more specific storage than I already don’t have. Interestingly it’s allowed me to see the percentage of color use based on my own buying habits. Black is the most used color by far, then dark gray, light gray, brown, blue, white & tan. After that it breaks down a little less clearly. Some colors, like the dark medium blue are very rare right now. I actually really like it but it doesn’t come in enough part types to make it very useful.

I also have some old parts that are in discontinued versions of colors, like dark & light gray. The old colors look dirty and stand out in new builds, so I’m probably going to get rid off all of those parts. Unless I can use them as filler for things they just look terrible.

Money and pussy, the only reason many men get out of bed in the morning.

You forgot video games. (Speaking purely for myself here.)

I was already loving Jackie’s choice of title, and was hoping that someone would link it. Why? I dont know. I can just as easily look up Prince on my own, but it makes me happy to know we are all sharing a kind of meta headspace.

This is one of my favorite songs, although it was a constant request back in the day when I was DJing. Usually that kills my liking the song, but in this case, the lyrics and the dancing were both hilarious, so I still like it.

A guy got fired for playing it where I’m from.

Also, because the lyrics were so taboo-

I think it also can be hard to find on a lot of video sites, like youtube.

Ah, Carol brings up one point I commented on last time and Nina the other. Idiot Plot averted.

Man, I understand the difficulty of lacking an adequate parts sorting system. I’d love to use small parts drawer cabinets, but they aren’t very space-efficient, so I just use plastic baggies stacked side by side in a shallow storage bin.

Stacking modular tackle boxes or their craft store equivalent is my answer.
I find the Plano tackle boxes [and their clones] more robust, easier to work from and WAY cheaper.
Unfortunately I went through a period of hitting the local WALL-O-BRICKS on a regular basis due to never missing the opportunity to drop in when in the neighborhood and may have a weee bit more than is considered normal when it comes to the small bricks.
[I suspect that I might be on the spectrum]

Fucking hell, Nina, let the poor girl recover before you wind her up any more.
It’s strangely easy to forget how hilariously randy she can get.

Check eBay before you toss the old Legos, I read they can be worth a ton to folks missing just the right piece

I’m a long-time Transformer collector (since literally the start in 1984) so I’ve seen my share of crazy after-market prices on figures.

We ain’t got NOTHING on some of you Lego folks!

Don’t forget that cats are sensitive to changes in living arrangements and tend to be quite possessive of their human slaves and don’t like to share them with other unfamiliar humans.

That is because cats are buttholes. Dogs look at things and go “Master is happier, and I am getting more scratches and headpats! Everyone wins! ” because they are awesome and chill.

Personally, I can’t trust anything as obsequious as a dog. At least cats treat you with the disdain you deserve.

“…both of you” meaning Carol and Friska.

Well technically, uh (imagine a bad Robbie Rotten impression :) it’s a win for all FOUR of them. You know, Thomas, Carol and Friska, and also Nina cause she’s a “romance vampire”, according to her own words.

Washing Lego is easy if you have a dishwasher. Pack it in the mesh bags that potatoes and other produce come in and close with a twist-tie. Throw it in the top rack and wash with your next load of dishes. After it is washed dump them out of the bag and spread them out on towels or paper towels to dry.

The problem isn’t them being clean, they’re base colors no longer match the modern equivalent colors. At some point Lego adjusted the mix for the two most common gray colors. The light gray is just a bit darker and the dark gray is a bit more brown. They shifted to a lighter, I’m guessing blue shifted, tone for both. You can almost not tell with the light gray. It’s way more obvious with the darker gray.

I discovered your blog website on yahoo and analyze simply http://google915er_221.com a few of your early contents. Proceed to maintain the very good operate . I simply extra up your RSS feed to us RSS Bar News Reader. Searching for forward to checking out incredibly from you in the future!