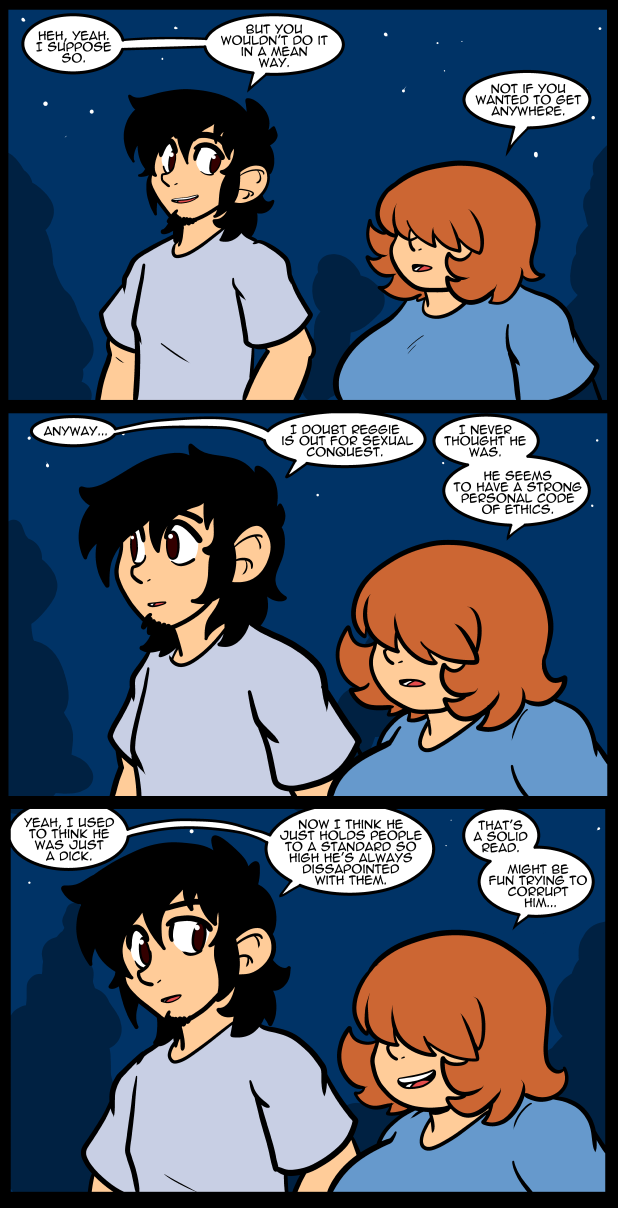 I’ve been listening to Star Wars Revan, which is a book that takes place after the events of Star Wars Knights Of The Old Republic. Which is a video game if you aren’t familiar with it. I assume this is all legends content, but I don’t care in this case. KOTOR was one of the best ideas ever created in Star Wars lore. It pins down the story of the open ended game to a specific series of events and goes from there. At fist I was really bored by it. In fact it took almost 10 chapters of setup with characters I didn’t give a fuck about, before I finally got invested in the whole thing. Now it’s finally getting to story stuff that’s actually interesting to me. There’s a big chunk of the early chapters concerned with the ancient Sith. Maybe if I was a little deeper in to the other games or something I would have cared about those characters, but I never played the MMO which I think is tangentially related to this book.
Anyway the second game kind of spoils a few things, but not a lot, because the stuff in the second game that have to do with Revan are only partially related to him. The focus is mostly on the main character, but the game references the first and a couple of characters return. The book nails some of that stuff down that isn’t explicitly stated in the game.
I actually really liked the second game too, even though it wasn’t as well received and isn’t remembered fondly in the fan community. It has some flaws and in my opinion it was the start of the grim decline of Bioware. Of course Bioware knocked it out of the park with the first two Mass Effect games and the third is pretty good too in spite of EA eating the company alive from inside. I never played the game that came after that, but I heard it was a huge failure. EA games have slowly destroyed a lot of franchises I loved. Sims, SimCity, KOTOR, Mass Effect…
That’s just the way of things now. Companies who don’t care about the players slowly destroying intellectual properties and developers who do.

Know what I like about your comic? You like to analyze people. You like to add layers on top of layers, to find the similar motivations for different outcomes, and different motivations for similar outcomes. It’s a writing…style? Focus? I don’t know, but I don’t see it very often, or if I do, it’ll all be about ONE person. It’s actually why I like many JRPGs; the base story seems bland, but the interesting thing is watching the characters, watching them not just grow, but also watching their layers get peeled back. Seeing how certain values unite them despite so many other differences, or how the villains will have such similar values and yet be diametrically opposed to them. No one could really describe your characters simply, and that’s how it should be, because people aren’t simple, with maybe rare exceptions. I think the idea that stories grow out of characters and their interactions has really become forgotten in favor of writing “cool” stories, with the characters just being slapped with a name, an archetype, and maybe a quirk to define them.

I’m rambling. My point is, I think you are a much better writer than you probably give yourself credit for, and you deserve more recognition for it. Anyway, I wish you the best and I hope you eventually get to write the Between Failures dramedy I want to watch on television.

Not TV – would never want anyone cursed with network oversight. It is the main reason there was never a second season of Space 1999.

She wants to groom Reggie.

I don’t know. This seems like Alex could open up Pandora’s box with that idea.

Alex wants to corrupt Reggie? As a wise man once said, “Ohhhh myyyy!!!”

I think it’ll wind up more like giving a stuck door a good, hard kick and opening it a bit. :P

Not as well received? Everyone I know who’s played both will swear up and down that TSL is way better than KotOR 1. Maybe we’re more of a cult following, but for as often as it is hailed as one of the last truly amazing SW games to come out in years, I think it’s got a solid one.

KOTOR has the more accessible story by far–a distilled, elemental Star Wars plot, as Jackie said. TSL has much better mechanics and a deeper, more complex story. The Restored Content Mod (linked) is an absolute requirement, though.

Obsidian has a true gift for taking already excellent properties and taking them to the next level. (TSL and Fallout NV in particular.) I’m very happy that they’ve started making their own original properties. If you haven’t played Tyranny, for instance, you’re missing out. :)

I really want to like Tyranny, and I should probably give it another shot, but they really hosed up the plot/premise early on.

Revan was such a good book. I love the games to death. It kind of gave me that feeling of what a 3rd game really could have been. However we will never get one. It’s such a shame. KotOR had a brilliant story combined with very good gameplay and a twist that as a kid just blew me away. KotOR 2 on the other hand was a little less story driven, which hurt it, but the gameplay was much more tuned. I really love both for different reasons.

KotOR 2 wasn’t made by Bioware, it was developed by Obsidian. There’s a fan mod for it that restores a lot of the content Obsidian was forced to cut in order to meet a holiday release deadline (and which weirdly the publisher never allowed them to patch back in).

As for ME Andromeda, I really enjoyed it. Yes it would have benefited from a delay to nail down some of the bigger issues, but the core game mechanics and story are solid. I feel like most of the backlash was this giant hipsterish need to hate on something that had been hugely popular and wasn’t truly deserved. I’m still pretty PO’d at both EA and the community at large for singleplayer support getting cancelled.

ME Andromeda is very polished, and I enjoy playing it, but it really falls flat when it comes to your crew members. Well, that’s not fair. Judged by normal standards, they’re wonderful. But judged by Bioware standards, especially against the core ME trilogy, things seem a little rote and lifeless. One thing that Andromeda does well is the sense of adventure into the complete unknown–but it could have easily been even better.

So basically the problem that people–myself included–have with Andromeda is that it’s on the high end of competent, but it succeeds three of the best-written RPGs of modern gaming. The problem isn’t that it’s bad, the problem is that it doesn’t live up to its predecessors.

All of that said, I truly enjoyed Andromeda (played it to 100% twice over) and heartily recommend it to anyone who wants more Mass Effect. :)

From a storytelling standpoint, the biggest argument against Andromeda wasn’t the crewmates (I thought they were okay for the most part), it was the Deus Ex Machina that was SAM. I didn’t pick up on it at first, but when I came across a really good analysis of the game by a fan, I couldn’t deny that they were right. Shepard accomplishes everything because they’re a good leader with a superb skillset and a dogged determination to fight to the very bitter end. Ryder, on the other hand, despite being intentionally written as a neophyte adventurer, couldn’t possibly achieve the end game goals without SAM, who is the equivalent of a magic key at every milestone. This turns the protagonist into the vehicle for the real hero, the AI in your head, who solves all of the challenges that actually move the plot along.

Personally, I enjoyed having SAM around, but that realization really took the wind out of my sails and made a second playthrough a lot less appealing, especially when coupled with numerous other flaws that kicked me out of my sense of immersion. The story that came out a few months after release was that the developers got screwed every which way from Sunday, which is why the game was buggy, had poorly animated faces, and was lacking the signature polish of the franchise, but, like Archangel said, it’s not a bad game, just not up to the standards of the previous Mass Effect games.

EA’s big mistake was going from a pure publisher it was in the 80s and buying up all the teams and trying to be a developer, too. It wanted all the monies and all the controls, as it were, and has been driving the best of the best away or destroying them for a long, long time. Interplay, Dynamix, Advanced Logix, both Origins teams… it’s a long and bloody tale.

I thought they learned their lesson after Westwood Studios (for which I will never, EVER forgive them), but it looks like they may have finally sucked the life out of Bioware. The next Bioware release will tell for certain. I’m hopeful, but not optimistic.

I loved KotOR 2 even before I got the PC version and was finally able to install the Cut Content Restoration Mod. Sure, the story wasn’t as good as the first game, but I enjoyed the relative moral ambiguity and the gameplay was leagues improved. And HK-47 remains my favorite RPG character of all time.

Holding people to a high standard huh? That’s relatable. I often wished people I knew would be more mature as a kid.

But I never thought I was better than them.