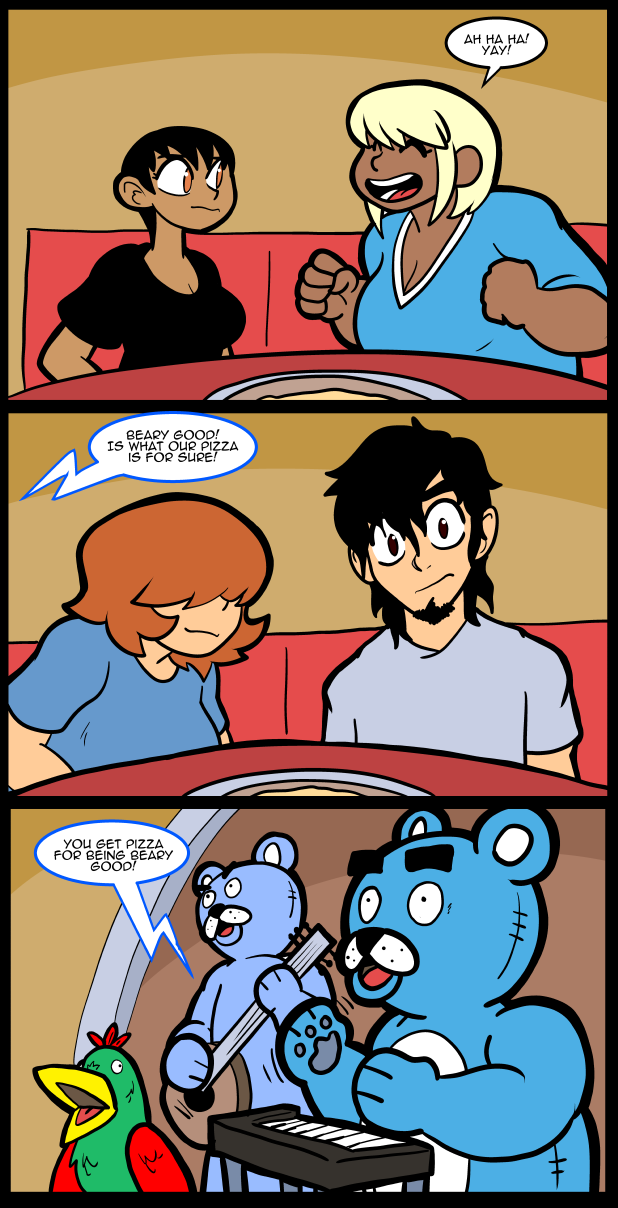 I intended to do a little more with this, but as I was finishing up I had one of my weird shaking fits that makes me all jittery and incapable of functioning properly. In actual fact it’s still happening right now. Kind of a panic attack but not exactly. This one is particularly bad actually. It keeps coming over me in waves as they do making me feel like I’m about to die then abating a little only to start up again a few minutes after I get myself under control again. Honestly it’s pretty hellish. I always want to get checked out when something like this happens but everyone goes out of their way to make me feel foolish for it after the fact. I think I’d have to actually die for it not to happen and even then I feel like I’d be blamed for it somehow.

I haven’t had a panic attack in a long time. At least not one that fits the description as I know it. They have evolved in the last few years to be part of some new kind of thing I don’t have a name for. I still don’t know what sets them off, but my best guess is tension in my back. Tension builds up and builds up until my system can’t take it anymore. Then it kind of releases as this strange panic thing.

Anyway, this one is so bad I may go to the ER just so I can pay to have someone tell me I’m fine so I can sleep again for the next few days. It may seem insane but paying a huge sum of money just so I don’t have to spend a week fearing that I’ve had some kind of mind heart attack seems like a value sometimes. I really, really, hate living in this state of constant mortal fear.

Of the various terrible ways I’ve felt in my life I prefer crippling suicidal depression. Because with depression like that the idea of death is inviting. You want to walk into the void. This is the polar opposite where you’re totally terrified of death and it feel like it’s right behind you all the time. It is much much worse.

I will now spend a few hours deciding what I want to do and ultimately not going to the ER being miserable the entire time.

What is it about the USA and these freaky-ass themed pizza restaurants?

Attempt at creating/capturing/monetizing a small bit of that Disney feel back when they had automatons. it doesn’t really work because these don’t move as smooth as Disney’s used to. Granted I only really knew of one chain that used Automatons and that was Chucky Cheese, not sure they still do either. With animation and CG getting better and better all the time, they may have moved on to better displays. I lack the kids and have to much self awareness to walk in and find out.

Chuck E Cheese just this summer started getting rid of their animatronics.

My sister used to know a college girl, from England. I’ll call her Becky.
Becky said- “To show me [one of the most fun things in America], a family man I knew, took me to a kid-themed, Chuck E. Cheese’s [R], restaurant. [Oh goody].
He especially wanted to show me the “impressive” robotic gorilla, onstage, the singing gorilla, with 300 moving parts…in it!”
Oh man! Way to show off [the best of The USA], Buddy! :p

Jesus man, I wish I could help I really do but it seems life really doesn’t like you. If it means anything I’m a real big fan of your webcomic and I wish you help with your health.

Well, your state of mind certainly explains how fucking terrifying those animatronic bears are.

It may not mean much, but we’re all pulling for you.

I agree the animatrons are beary disturbing, but since they are looking a bit threadbear maybe they just need to be refurbished?

I’m gonna take a paws from this restaurant, for my mental health!

I don’t think I can bear down on these puns.

I like board-games.
Anybody want to play Trivial Fursuit?

Hmm … I think I found a trivial fursuit in a cave once – or maybe a leopard print bikini doesn’t count?

This whole dialog is unbearable. It has no bearing on my mental state. I will bear witness that it is not even a little punny.

It’s tailor-made for the Living Tombstone’s Five Nights at Freddy’s song, isn’t it?

Is there a place nearby* you could swim? Or rather, chillax in warmish water whist vaguely floating around for an hour? IMO, back tension/pain/spasms = body needs to go float.

*obviously your definition of nearby will vary horrendously depending on how your doing, and will also be a lot further away than mine, cos I live in a European city and don’t have a car, but still…

/everything floats down here
//also pulling

True.
Nearby for europeans is roughly 10 km

Not my computer. Forgot my name

Have you tried magnesium supplements – I get agonizing leg and back spasms if I forget to take mine – what I take is:
https://www.amazon.com/gp/product/B000BD0RT0/ref=oh_aui_search_detailpage?ie=UTF8&psc=1

Magnesium deficiency has some weird symptoms (including cramps).

Also, you might want to read “How Not to Die” by Michael Greger MD for science-based nutrition info.

That book is debunked. https://www.healthline.com/nutrition/how-not-to-die-review#section1
The whole field of ‘vegetarian nutrition’ is pretty much pseudoscience. Just take a look at some of the reviews of the China Study or Cowspiracy where they actually go and track down the citations.

I hope you got yourself some medical attention while it was going on. Doctors will probably take it quite seriously, unlike the other people around you, because your blood pressure is probably NOT in a good range while this is happening to you. We want you to be well if possible.

Jackie… That is not a panic or anxiety attack. Barring the depressive parts of it, the shakes sound almost epileptic in nature. Next time it happens, please, PLEASE get yourself checked out, man! This is serious stuff. And I have the feeling that the longer you leave it, the worse it’s gonna get.

This sounds more like really low blood sugar aka hypoglycemia. I get this once in a while.

Have you tried Xanax? Works well for me when I get the vapors.

“Beauregard! Beauregard, fetch the fainting couch! I do declare, I have the vapors!”

Anxiety tied up with health problems sucks. I went through a lot of that when I was younger.

Hope you feel better. Still pulling for you.

I don’t know who would make you feel foolish about something that is pretty clearly a big problem for you, but that doesn’t sound like anyone with useful input or who has your best interests in mind. I hope you can figure out a way to get some medical attention to all that, because it sounds like hell.

Oh my gosh! This totally reminds me of this SNL sketch! https://www.youtube.com/watch?v=d6QlnO7iT7E

Check your pulse, Jackie. If it’s irregular, that might explain it. I get occasional bouts of Atrial Fibrillation, where I feel anxious, jittery, and just plain off kilter. In me, it’s been triggered by a course of prednisone for my eczema, and believe it or not, overuse of aspartame.

Comon guy, a perfect place for a five nights at freddies cameo

Jesus, my first thought seeing those bears was: “Kill it, kill it with fire!”. But I have always thought those animatronic thingys were creepy. Do kids really like them? I would think they would be terrified.

Well, as someone who lived in a town that had an actual Showbiz Pizza Place… at the time, yeah I liked it. But for grown adults, the pizza had better be much improved. For a place with Pizza in the name, Showbiz was horrible according to people I know who were adults when that place was here, and this comic seems to be based on it.

I thought bad pizza was part of the shtick in those places, it is bad on purpose.

You should really get that checked out by a health professional. Yeah, it’s possible that it’s a psychosomatic or psychological effect, but it’s best to be on the safe side. It’ll cost you it’s true, but as long as it’s not woo and it’s an investment in yourself, it’s worth it.

I hope you get useful answers soon, Jackie. That sounds terrifying.

Dude you deleted my (supplemental dose, not nut cracker dose) lithium link? Suit yourself.
Just one more thing: I would never take consciousness altering drugs (not even alcohol these days). Which is why it never occurred to me to try Li just to be ‘happy’. Well by sheer luck I saw some research claiming that Li is an essential mineral, and you get happy because your brain fucking needs it to survive (every brain has lithium in it, German phd

Thesis 2015). But you can find the links yourself now.

If all else fails, reuse Spike Milligan’s epitaph on your gravestone: “I told you I was ill”.

DON’T LISTEN TO THESE PEOPLE! Get this looked into as soon as possible!