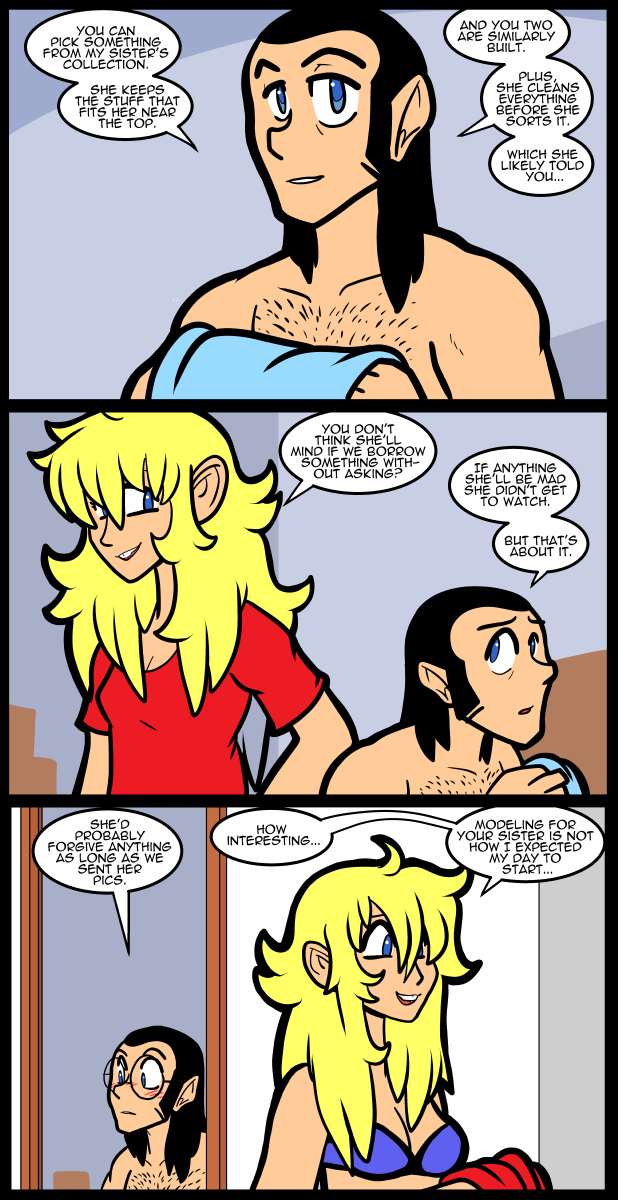 For the record, Nina doesn’t cake on makeup. I just didn’t want to color the bags under her eyes as purple, so I just made the regular line darker. That said, she does wear some makeup. Mostly eyeliner. I rarely have girls wear lipstick because in my style it makes their mouths look weird. The main cast was designed at a time when a lot of fine detail wasn’t easy.

I’m gonna talk about the Ninja Turtles show on Nick so if you haven’t watched it this is your spoiler warning.

They threatened to kill Splinter so much that when they finally pulled the trigger it wasn’t emotionally impactful. Also having him dead for a season that ended in time travel fixing of the problem stole the teeth from death’s jaws. You can do stuff like that and get away with it, but you can’t do it over and over in quick succession. The end of the season felt kind of rushed and slipshod though. I feel like the team might have been under the gun to wrap things up before they were ready to. And it seemed like they made too many filler episodes that would have been better used to service the lack of emotional depth in the finale. On balance the series was really well done, but the longer it went on it suffered more and more from shifting tone. It was having a hard time balancing the drama versus the slapstick it was founded on. The next series seems to be something of an anthology, which is probably going to further muddy the legacy of the series. I have a feeling that the show is on the chopping block but they knew it and it led to things getting sloppy. That’s just a feeling though.

Man, Bill Paxton died today. Or it was announced, or whatever. Sad deal. I always think of him as Hicks from Aliens, but I liked a lot of his roles. Twister was a really big deal because I was from Kansas. That movie stayed at the theater for a really long time because everyone was like “WE HAVE TWISTERS! THAT’S A THING WE KNOW ABOUT!” I don’t know that he was going to have a bunch more roles of note or anything, but I would have liked to see what he might have done as an old actor. Of course parts for older people really seem to be at a premium right now. Or maybe I’m just not paying attention to movies in a way that makes me notice them.

Looks to me like this brazen display blue Ed’s mind …

Blue. Hehe, I see what you did there. The red cheeks and averted gaze incline me to agree with you.

Thank you for noticing my small chest – it was the best joke I was cupable of at the time ;-)

I don’t think he was expecting that. and hasn’t a clue what it means haha

I dunno, he put on his glasses before he mentioned pics. I’m thinking he wouldn’t mind having some pics himself.

Wait, when did he get shirtless and why?!

All will be disclothed soon ;-)

That feature has been stripped out of this website …

I will have to denude myself of these dirty ideas!
….Wait a minute. THAT didn’t sound right! :D

Nina might say to us:
Please don’t be embarrassed
If in your head I’m bare assed
But if you share
Beware!

That would be an add request from Nina:
You can imagine me nude,…but don’t tell anyone about it? Hm.
I guess she [could] ask her friends, to limit the number of people who imagine her nakedness.

Welp… on the bright side, at least now Bill Pullman won’t have to worry about being confused with Bill Paxton. Too soon?

I believe Bill Paxton was going to be in a new “Training Day” TV series. Like the movie with Ethan Hawke and Denzel Washington. Wonder what’s going to happen to that now.

P.S. Love this comic. Some pages/arcs make me laugh, some make me cry. Jo is best.

I’m guessing they put Paxton + Alonso in Predator 2, to remind you of how Paxton’s Character, and [Jeanette Goldstein’s character?] bickered + argued in [the film], Aliens.

Paxton will always hold a special place in my heart. He was one of my all time favorite actors and the only actor, to my knowledge, to be killed by a Xenomorph (Hudson – Aliens), a Predator (Jerry Lambert – Predator 2), and a Terminator ( Street Punk Leader – Terminator 1)

He will be missed.