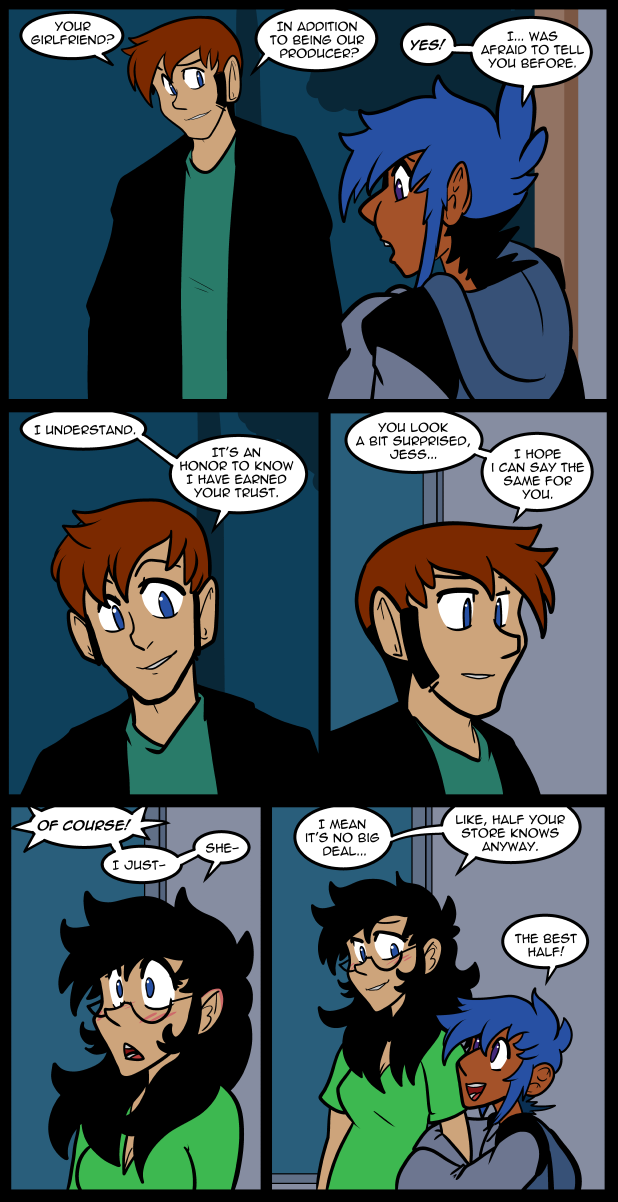 Jess is like an M & M, a thin layer of hard candy over a soft inside.

Carrie Fisher officially died today. Most people who read this at the time this blog comes out will know this already. For those of you who come along years later today was that sad day. I suspect she will be famous forever now that Disney owns Star Wars her image will be preserved as long as humans exist. That’s a pretty impressive legacy.

For my part, I was born the year before the original movie came out. I saw it on television first. The first Star Wars I saw in a theater, that I remember, was Return Of The Jedi. I was seven, and affected by the film the same way many young males were. I grew up obsessed with movies whose primary female presence was Leia. Smart, no nonsense, yet still clearly an individual who cares about others. No woman in Star Wars is as real as Leia. The spirit of Carrie Fisher bled through into her. They tried to capture it with new characters, but fell a little shy of her “grab a gun from a dude and get shit done” attitude.
Carrie Fisher essentially disappeared after Jedi. The next time I remember her being in anything was an episode of Dr Katz as Ben’s mother and Jonathan’s ex wife. She essentially plays herself. At the time that wasn’t popular. She is so real, explaining all the drugs she’s on the same way you might talk about a group of friends. She fights, very briefly, with Dr Katz in a way that writes the entire backstory of their relationship in a HANDFUL of lines.
Anyway, a lot has already been said today, but I wanted a little something here for those who come after.

Like I told the guys at work: once her son killed her husband (his dad), I guess there wasn’t anything left for her to live for…

RIP, Debbie Reynolds’ little girl. A true talent on her own (who can forget her part in the original Blues Brothers?)

I didn’t expect to be as sad about Carrie Fisher’s death as I am. I feel almost the same level of sorrow that I felt with Robin Williams’ passing. Both were major figures from my childhood, though Williams was more omnipresent in media I was exposed to. They were also both genuine human beings with real struggles, inculding psychological disorders and substance abuses, and just felt more human than what Hollywood usually seems to offer.

What has struck me as an adult is just how brave Carrie Fisher was. Even now, people with mental illness and addictions are often put into a box by society. “No one” wants to have to deal with people who are “broken” and people bash and belittle “druggies and drunks” and make them out to be less than human. She really wasn’t having any of that. She wasn’t going to be shut up or silenced, and she was proud, with every right to be, of what she had overcome. That’s a strength and bravery I wish I possessed.

Thom’s reaction to this is be best reaction throughout this series.

I was born in 81, but didn’t really get exposed to Star Wars until almost a decade later. My dad had gotten a deal on a small TV with a built in VCR that we could strap in the van on long rides. My parents figured out that the Star Wars box set meant 6-9 hours of blissful silence from me and my sister.

Our princess is gone and another star leaves the night sky.

This last year has been a nightmare with all big celebrities dying. Started with Lemmy last christmas, then Bowie, Alan Rickman, Prince, Gene Wilder, Rick Parfitt, and now Carrie Fisher 364 days after Lemmy.
I think what hits me isn’t that a lot of celebrities are dying, but rather that a lot of them are dying young: with the exception of Gene Wilder, the oldest of my list was Lemmy who turned 70 just two days before his death.

And about Carrie specifically: she starred in two of my favourite movies: Star Wars and The Blues Brothers. I’ll never forget her. R.I.P. and may the force be with you.

It’s very sad that Carrie Fischer has passed on.
I really liked her personality, and how she dealt with her past.
I wish that she had done more TV + movies. In my view, her acting was really good.
People will really miss her.

I’ve never been a particular Star Wars fanboy, was too old for the originals, but was old enough not to like the prequels. In honesty the Force Awakens is the first Star Wars film that I was able to enjoy without all the baggage that comes with Star Wars.

That being said, the thing that made me really depressed about Carrie Fishers passing, was that I heard she was in a stable condition a few days ago. And I thought to myself “well, at least that’s one 2016 didn’t get”. Then the news of her passing breaks, and its a kick in the stomach (even as not a fanboy).

From what I understand, they completed shooting number 8, with her. so… it’ll be a bittersweet watch with that one

Carrie Fisher is now one with the force.

I sense a disturbance in the Force, as though millions of fans cried out… and a shining star has been silenced.

Your honor, I move to dismiss the year 2016 and strike it from the record. I could deal with some of the BS that has been thrown at us this year, I can even handle Trump, I guess, but this one… this just takes the cake.

Hey Jackie longtime reader first time commenter. Just wanted to say a few things that I’ve been saying to friends for awhile but wanted to get out there. As a timid twenty something working in retail your comic hits home a lot. All the characters and what they’re going through is 100% relatable and makes me feel good every time I read the comic. It helps pick me up from my daily grind and deluge even when I’m having a bad time of it. From reading your blog I know you’re having a shit time a lot of the time but I wanted to let you know how much good you bring to my life and probably a ton of others. Also wanted to know the best way of going about getting in contact with you. Is adding you on fb too much of a faux pas? Anyway keep up the comic and hope things get better for ya.

I don’t use3 FB as much because it doesn’t work right on my phone. You can add me, but it takes way longer to reply and stuff because of it’s weird messaging system. Twitter is the fastest way. The DM works well, but you have to actually tell me who you are at least once so I know to follow you back. Email is also good, but it takes longer because I can’t always sit down and reply right away. The mail is in the information tab.

I wish I could say something more about Carrie Fisher´s passing. But I only knew her throught the older movies of the Star Wars saga… a bit of a shame, because I like Leia´s character, and Carrie seemingly did reflect that (her personality) in many of her movies. Independent and thorough, that´s how she will be remembered. That´s one heck of a testament.

Thomas look like a personable “father” for Jo. I giggled when I did see Jessie´s reaction. :P