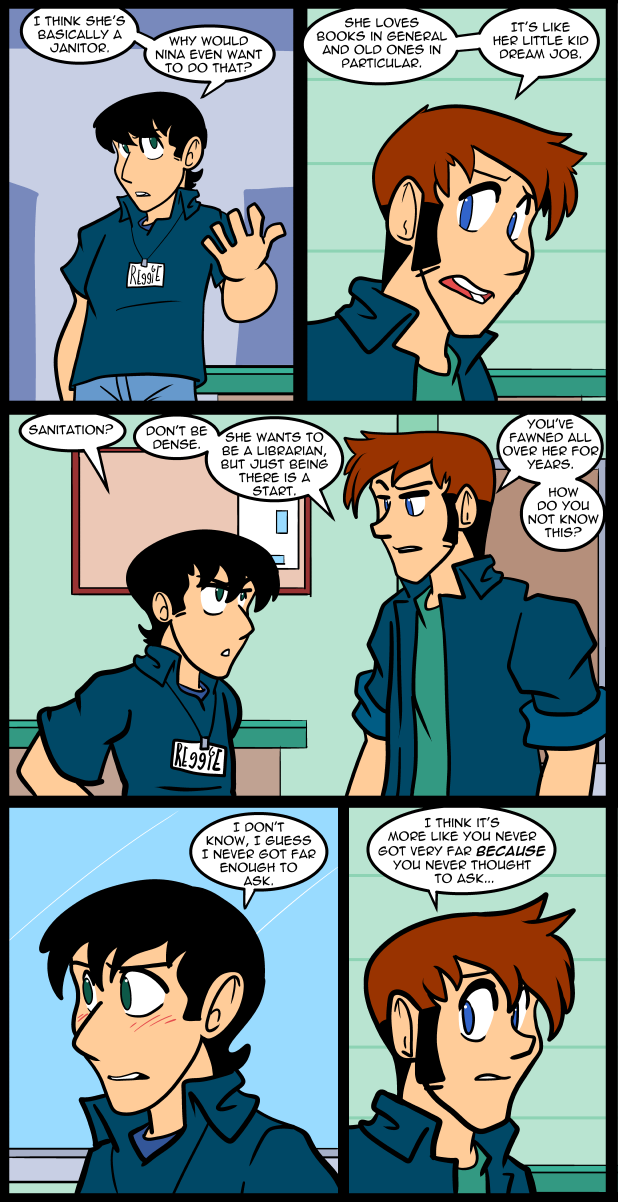 Here we have another Halloween picture. It’s Jo this time.

I got an email from a store I shop at sometimes that was trying to sell me tenth anniversary Transformers movie figures. First of all I can’t believe that the transformers movie came out ten years ago. Second of all, why? Are there really people nostalgic for that film? Is there a market for this? It has to be people who were kids when it came out, right? The idea of it blew my mind. That first movie was okay, but man was I disappointed by it. It pretty much sealed the fate of the franchise for the next decade. It infected the cartoons to varying degrees, which was good in some ways and not others. I think the best result of that franchise shift was Transformers Prime.

I’ve had some bad movies on in the background this week. Just random ones that were on TV. I also saw that second TMNT movie, which was great. I didn’t love Casey Jones, but other than that I have to say I love the new movie universe Ninja Turtles. I also love how Ninja Turtles just came out and said straight up that every continuity is just another dimension that exists in their multiverse AND you can cross over. I’ve pretty much adopted that as my belief for all media now.

I’m bummed that so much shit ruined the new Ghostbusters as far as merch goes. Not so much for regular toys, but I suspect there’s only going to be the one Lego set. I really want more ghosts and whatnot. They haven’t made any little sets. It’s just 3 big money ones. The firehouse, and the two cars. Unless you count the Dimensions sets. Which makes 4 expensive ones and two inexpensive ones, but all you can get at that lower price point is Peter, Slimer, and one printed logo part.
The Ghostbusthers set comes with some random ghost demon thing that sort of looks like it could come from the movie, but it’s red when it should probably be green. It seems like they missed an opportunity with the set. It’already, like $60 bucks or something like that. Why not put in a couple more ghosts? A couple that actually look like they were human at one point…

Anyway, whatever. The whole shit storm over that movie totally boned people as far as lego sets goes. That’s the real tragedy. The real human cost.

Transformers Prime is the best thing to ever be attributed to the Baysplosion movies. It is even better to think that the movies continued to be proper Charley Foxtrots for almost another decade whereas the TV shows, games, the non-movie toys and most of the comics split off into what is now considered the “aligned continuity”. Pretty much everything from 2010 forward counts.

Don’t know where I was going with this but there’s been some great comics, toys, books and games since then. Either that or the movies were so bad everything else is great by comparison.

As far as toys from the first TF movie go, I’d love to see them redo Bumblebee with his 76 Camaro altmode. The one they did wasn’t very movie-accurate in robot mode.

Heh, when I first read this I was thinking the old animated movie. I was like, wait, isn’t that movie thirty years old?

Yeah Michael bay crapped on transformers and tmnt. Now I’m not a big transformers fan save for beast wars, but how dare he ruin tmnt.

Reggie better have some charred skin on the next page, ’cause that last line buuuurrrrned.

But yeah, Nina is to good for Reggie anyway

True, yet too often unrealised…
An actual interest in the Woman will incur an actual interest from that Woman,
*Fawning* adulation merely because She is a goddess in Your eyes won’t get You much time in Her presence.

I sense a much deeper level of confrontation in this comic. Thomas seems to be more affected by Nina than usual.

Will Ninas trouble spread through thomas to the rest of the crew?

I liked Out of the Shadows, but Bay’s first Turtles movie was a disappointing snooze-fest. Too much Megan Fox failing at being April, not enough Turtles, poor pacing, and Bay insulting TMNT fans on social media.

Out of the Shadows is by no means perfect – it’s still pretty stupid – but it’s clear that they were trying to fix the mistakes from the last film, and that people who loved the franchise were trying to make the best of things after a bad start. I hear that the director that the second film had made a big difference; the first film’s director wasn’t as pleasant to work with, and his directing choices were so full of Bay-isms that Bay might as well have been the director instead of just the producer.

Is that good or bad?

I think we all know what the followup to that question is.

Hey, I just read an article about having young gay dumbledore in the new Harry Potter continuity movies. That isn’t going to mess with your story is it? You know I posted this and now I feel silly. Thomas is editing. He will always sound like Steve Blume’s young sarcastic voice in my head.

People will just assume it was written before gay Dumbledore was a thing. If I mention it in the story I’ll just frame it like they just found out. After a while it will just be another vague point in time.

When they turned Hermione black, they missed an opportunity: obviously Harry Potter is the black kid, badly mistreated by his adoptive white parents until rescued. NOW we have a modern movie.

Thank you for your posts about ghostbusters. The news has been so rough lately. Its really soothing to read about reasonable opinions of ghostbusters, framed like its the most important thing to talk about right now. (I can’t figure out how to phrase this in a way that doesn’t sound sarcastic. I’m not though – this brightened my morning, and maybe my afternoon. And the previous ghostbusters post was a calm spot in my evening. I ache for content like this right now. Normalcy. Thank you so much).

One thing I like of your comic, Crave, is that even smart and compasionate people (and Nina is one, like Thomas) have their own fuse-limit, that emotional scar that confuses then and holds them into a place, mentally or physically, one which isn´t really to their liking or their truest choice. Thomas discovered what he needed to work on, Nina,perhaps, this is her moment to discover it now.

In comparison, Maddison has a certain blissful ignorance of sorts that helps (somewhat) her confindence. Stranger things, and yet, quite real…

As you say, everyone has their scars. Even the best people become irrational in the right circumstances, and no one is perfect. In Nina’s mind she lost to someone who she quickly judged as inferior to her. She didn’t find out the whole story because Maddison triggered that response on accident. She just needs a little time to come around.