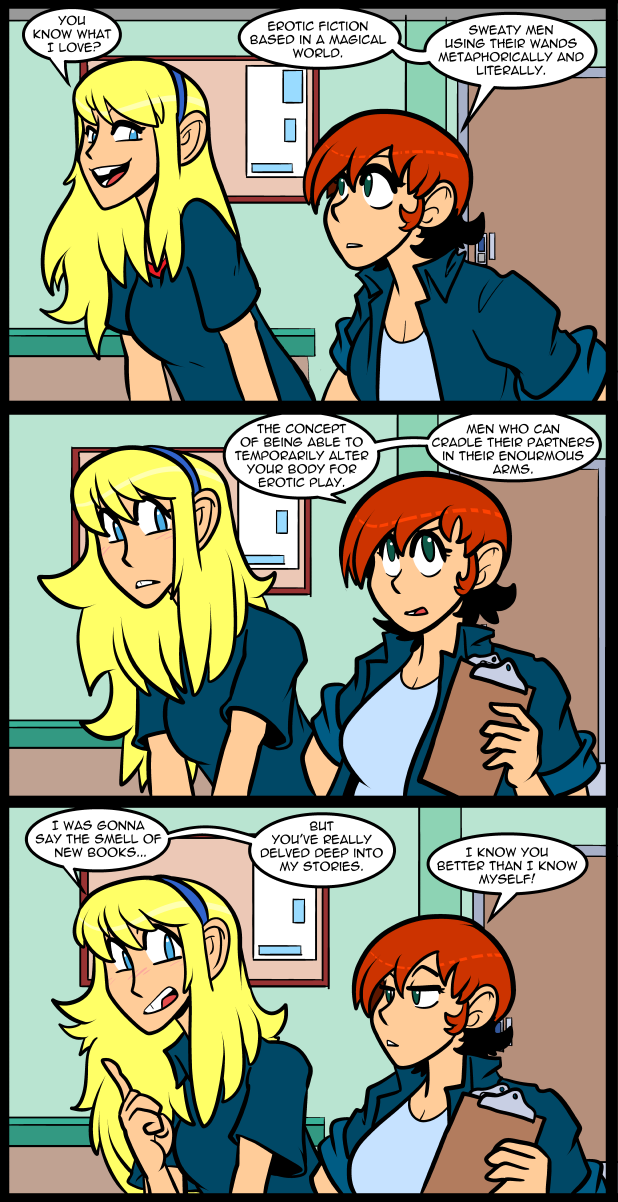 Well, you guys more than made up for the loss from last month. I really appreciate it. I’ll do my best not to disappoint you.

The other day I forgot to take my pills. I thought I did, but when I went looking for my container of them later I realized I’d somehow forgotten. I had always sort of wondered if the way I start to feel bad if I don’t take them on time was just in my head, but since I spent the entire day feeling shitty and woozy I guess I have my confirmation. The next day, having taken my pills on time, I felt really good. Probably because of the obvious comparison between days. Today I’ve been in pain. Why exactly I’m not sure, but I think I hurt myself yesterday playing with the dogs. It’s just a guess, but I think I messed up my shoulders and back by playing fetch. Whipping my arm forward wasn’t something I did a lot anyway, and after being sick for so long I really haven’t done much stuff like that. My entire left shoulder is cracking and popping when I move it today, and my sternum feels inflamed and out of place. It was at its absolute worst at noon today, but it’s been happening on and off all day. I wasn’t able to sleep properly because I couldn’t comfortably lay down. Even now I want to just sleep, but I’m simultaneously too tired to rest more, but also too tired to do things. It’s like being in the perfect place between rest and activity. The useless zone. In addition to all that stuff I’m also periodically coughing up wads of mucous. The fields all around the house are growing corn, which I think I’m extremely susceptible to allergies from. That’s just a guess. The filter on my dust cleaner thing also went bad at some point and I just noticed it last night. It may have been spitting dust into the room for several days for all I know.
My eyes absolutely burn right now. I actually thought I might have pinkeye it was so bad at one point, but I think it’s just a combination of extremely bad allergies combined with my c-pap blowing air into them all night long. Oh, as long as I’m at it let me tell you about the c-pap thing. The company who rents me the device (Which is fucking stupid the insurance should have just bought the fucking thing) didn’t renew their license last year, so they couldn’t charge me for anything until they did. It’s a basic thing they need to have to function as a company AND THEY FUCKING FORGOT. Also, the lady who was supposed to be in charge of my supplies apparently thought that when I told her I was going to the hospital for an alternate mask fitting that I was cancelling my service. Which is why I don’t get any replacement parts and can’t order them from the company. In addition to them not taking care of their paperwork, as mentioned before. It’s a level of incompetence that staggers the imagination. And I’m stuck with them because in order to change providers I’d have to redo the original test, which insurance doesn’t cover, that costs at its base level $1000. A-fucking-merica.
Anyway, I’m going to stop talking about this again now. If I randomly die I just want you guys to have something to be angry about though.

The other day I got out this moldable plastic stuff that I got two xmases ago. I wanted to try and make a new head out of some transformer parts I had. If you follow my tumblr you’ll be aware of this. After that I decided to see what else I could do with this wonder material. So far I’ve repaired loose joints and made loose weapons mold properly to the hands of a couple of figures. Which may sound small, but it’s solved problems I’ve had for years with some figures. The stuff is called instamorph and it works really easily and well. Add a .com to the name to find the site. I never used it because I had some of this sort of thing before, but it didn’t work. I assumed the new stuff would be similarly bad, but it’s not. It does what it says on the tin and does it well.

Anytime. Keep on truckin, I love your work.

You sir, are awesome at what you do.

Isn’t this the first time we’ve seen her since her run with Ed? I’d say she’s still walking on air from that.

This one made me laugh *so* hard. Thought I’d just drop a ‘Well done!’ here.

Seconded. Also, Nina looks twice as gorgeous with her hair down! ;)

howdy. I have issues with my CPAP provider company as well. At least my insurance bought me the machine straight out. I’ve been getting replacement parts from Amazon. It’s not as cheap as ‘covered under warranty’, but it gets me by. Good luck with your medical equipment. Oh and thanks for that refreshing dose of Nina! I think I’ve been having withdrawals.

I love how Nina looks on the first panel.
Could you do a c-pap mask with instamorph ?

I love how Nina’s hair keeps getting frizzier the more Carol talks.

Some gentlemen like leggy blondes and voluptuous redheads, so yeah, they’re both awesome :-)

Voluptuousness is sexy, period. It doesn’t matter what color your hair is, and I must add that big boobs are a must. Not practical joke sized, but gratuitous enough to be borderline freaky huge! Carol’s are a half mile from that, Alex’s are a quarter mile, Nina’s are perfect for her, and Jolene’s are a hundred miles from even being proper breast size!

I am glad I live in Canada, sleep tests are covered every few years, machine is covered, new mask every six months, filters every three months. I just have to do a bit of paperwork and the company I deal with is awesome and does that for me. It can make a huge difference but only if it is working right. I am sorry you have so many problems with yours.

I’m just the opposite, I love the smell of really Old Books. I have collected some well over 300 years old and their smell is awesome. Can’t explain it, you have to smell them.
Been in “love” with Nina from the start.

With a hint of cinnamon depending on the binding

I dealt in old and antique books for a while (more specifically I mainly moved heavy things around for the guy who made all the deals, but I got pretty good at valuing an old book at the time. Well, and some help repairing and restoring. Some people are HORRID to their books, let alone legitimate causes for damage…), I know EXACTLY what you mean. First off, they don’t use the same paper (or in a couple of cases parchment!) that they did. Second off, there’s the slight bit of sweet decay that even a well preserved tome has accompanied by the glues and bindings they don’t use anymore either…

I always find the concept of a “friend” knowing all your dirty secretes and bringing them up all the time hilarious, probably because it’s something I do… it’s usually with someone I actually love and have seen naked though, so I’m comfortable teasing them like that. I haven’t smelt a new book though in so long. I have some old books, I have some modern well kept books, and I haven’t really smelt them much either, but I could, with that said all my “new” books are digital now, maybe I should go to barns and nobles and shop around, but I would have to wait until a few paychecks come in, otherwise I couldn’t buy anything I find and want. In regards to allergies, I find that the most effective medication is the nasal spray. Flonase is now available in generic variations made by both generic companies as well as well known companies, which range from 75% to as low as 50% of the brand name price. I also have a germguardian hepa air purifier (from Amazon) and it really makes a noticeable difference. I am bad with taking my long term medications and I spend most of my time in my room which ever since I’ve gotten this filter has been an allergy free zone, but if I walk out of it and I forget my meds, it’s pure hell. I didn’t get it for the allergies though, I got it for the dust (like you) and the smell filtration, of which it does a decent job (takes about an hour to get the smell of my medical vaped marijuana to an acceptable level where if I open my door it doesn’t smell outside of my room) and while my room still gets unbelievably dusty (I don’t know why!) it’s less than it was before. However if you want it for those, I would recommend getting one that is rated for a room significantly bigger than yours (mine is rated for 190 sq ft, my room is 188). If you just need it for allergies, pets, or mold though, and already have a decent dust filter running, it does a good job at the advertised room size. It also sounds to me like adding a little mild exercise (10 minutes of low key exercise or a half an hour walk) into your routine would go a long way to improve your health. It’s not that much, it wont work the magic an hour a day rotating different body parts throughout the weak would do, but let’s be honest, no one has the time or money for that. Also I should ask, and please be honest, am I annoying with all my advice and opinions, it has gotten me into trouble in the past; not because my advice was bad per se, but because people seem to really not like any suggestions, they appear to just want you to listen, show that you care, and somehow expect things to get better without you doing anything. I feel so utterly useless though when someone I care about is having trouble and I can’t help. However, I can keep it to my self, or at least tone it down, if you prefer.

I have to agree with everyone, Nina looks especially lovely.

And this is why John doesn’t ask rhetorical questions anymore. They always say couples start to become each other after a while together

Word. I think it’s the space between them.

Rule: Don’t ask a loaded question if you do not want to be mercilessly fired upon.

Given her company, Nina should know that. Quite well.

She is adorable in that first panel.