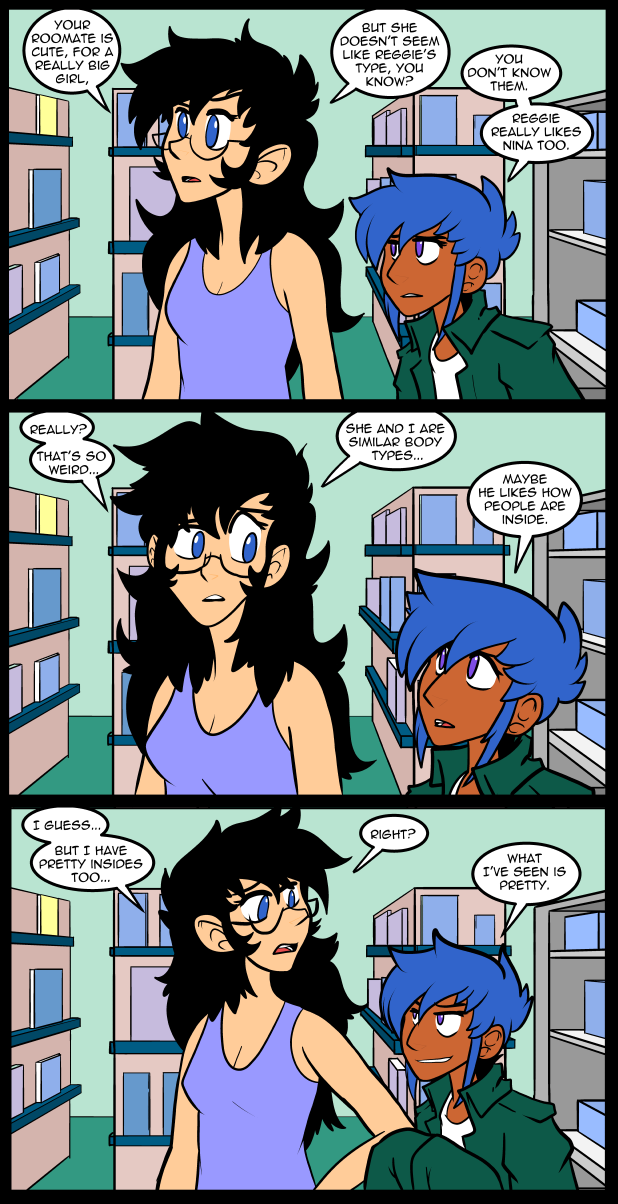 Do you guys remember Toys? The movie with Robin Williams. It’s not the worst movie ever, but it’s… not the best. Hans Zimmer did some of the music for it. It has several great actors in it. In spite of this, it kind of blows. It’s one of those terrible movies that I will watch because the pleasant nature of the actors makes it tolerable. It’s kind of an Xmas movie. I mean it starts with an xmas play. I never remember that about it, but it does. It’s kind of like how annoying people call Die Hard an Xmas movie. The reason I bring it up is that it’s on right now, I’m watching it, and I can’t understand how it got made. There are parts of it that are so fucking awful… I think the thing that bugs me about it the most is that it isn’t cohesive in vision. It goes from realistic to this insane cartoon aesthetic over and over. They didn’t make it cartoon enough to work. One thing that does work is that Williams truly seems sad, which sells the opening. I assume it’s because he’s not having a good time. Also I like that they address why Micheal Gambon has the wrong accent for an American general. LL Cool J is in this fucking movie!! Everyone is acting their hearts out too.

Anyway, whatever. I drew this sketch for valentimes. linkity link Blippity bloopity blap.

Do you remember that movie where Dudley Moore is an elf? The bad guy is… John Lithgow. They make special magical candy canes, I think. It reminds me of toys, except I remember it actually being better. You never see that movie anymore. You see fucking Elf. Which is a better movie than toys, but I’m not sure about the other one. I don’t like it but I can’t compare them properly because of my hazy memory of the Dudley more one. I should look it up. Santa Claus. That’s the title.

I honestly liked Toys. It was kinda stupid, but fun-stupid. It’s one of those movies that feels like a child wrote it, but then an adult refined it (Although I use the term “refined” loosely), kinda like a Robert Rodrigez kids movie. Except I think Toys got some more adult humor injected into it than the Spy Kids films had. It’s a weird, surreal world that toes the line between realistic and cartoony… but I agree with Jackie in that I think it would have been better if that line had been completely crossed.

Jess is rubbing off on Jo.

And Jo is rubbing off on Jess. In fact, I think they’re just rubbing each other at this point.

Your insides are pretty… much worth a small fortune on the organ market.

The music in Toys was the best part of that movie

About that movie this Cracked article puts some light on it. Can’t hyperlink it so sorry about the long form. http://www.cracked.com/blog/5-famous-filmmakers-whose-dream-projects-were-disasters/

I really have to stop clicking on links to Cracked. I always think “Oh, I’ll just read this one, and then close it”. And that *never* happens, as I usually realize an hour or two later. Same goes for TVTropes.

Santa Claus the movie is really dated. I think it’s better than Elf, but then I’m not a huge Will Ferrel fan either.

The biggest problem with Toys is, that it’s well-made, but generally completely misunderstood.
It’s what happens when Hollywood *attempts* a Film Noir, followed by the Powers that Be serving up the movie as “humor” and “for kids”. After all, it’s got Robin Williams in it, and it is about toys.. must be for kids then….

Except that it isn’t. At all. It’s a very dark tragi-comedy aimed solidly at adults, preferably with enough brains/background to grok hyperbole and some pretty obscure references.

This doesn’t mean it doesn’t suffer from a couple of terrible cases of terribad, but that’s simply due to Hollywood-people attempting something they’re simply not good at. They’ve grown up with a completely different set of methods of expectation, execution and delivery in movies.
And the reverse as well… Gods save us from attempts at light humor or action movies by European Arthouse directors.

You’re thinking of “Santa Clause: The Movie” and it’s freakin’ hilarious. I had never heard about it until my wife brought it up, and now it’s pretty much Christmas tradition. It’s terrible, but in all the best ways. I pretty much loved it on first sight.

And Toys, well…I’m always gona love that movie. I watched it back in the day, when I didn’t know good from bad, so it’s nostalgic. Terrifying, in many ways, but nostalgic. My wife and I still quote it to this day. We’re looking forward to terrifying our own kid with it, someday.

This page comes off as sadder the more I read it… both that its really bugging Jess that Reggie wasn’t attracted to her, and that she assumes people are mostly attracted to a body type and not personality traits (which just doesn’t seem to be as true around me).

I dunno. She puts a lot of value in this thing, and this thing isn’t even who she is as a person, its a thing about the wrapping paper. And… she already has a LOT of this particular thing, including the wonderful person standing next to her.

I dunno. Can’t explain why it seems sad from where I sit.

Maybe she’s just really attracted to Reggie, and that’s why she’s stuck on him, and its not a ‘gotta catch them all’ thing. That would be much less sad.

This whole exchange definitely shows her unflattering side, which is suddenly about as deep as curbwater.

Nah, I don´t think Jess is giving much of a worry about that. She IS shallow, but not in a bad sense, nor in the most common aception… she only has seen a small glimpse of what type of man could be Reggie (based off what Jolene has said), and she´s aware that that´s something that cannot be harnesed easily, given how she goes in romantic things. He´s too much of a idealistic man for her, maybe too “serious” on things, unlike her laid-back, almost careless ways. But in the inside, she feels a little pang of …jealousy?
Having an inner drive is somehow attractive to others when they become aware of that. It´s just that Reggie doesn´t know how to flaunt it. But it is also something that cannot be faked. Maybe she´s starting to realize that being serious about the things you truly care, can be sexy too …that, and that being happy-go-lucky or too much of laidback person doesn´t attract those type of guys. Maybe she´s just noticing that.

Remember that she´s still in college… and compromise isn´t a word in her vocabulary still :D

“What I’ve seen is pretty!”

I guess it’s like the Woody Allen film, Casino Royale. ( CR was made in 1967).
Both films had star talent in them, and budgets bigger than Texas. But I guess- if your script/story sounds pretty weak, when you read it, you probably should toss the script + write a better one. Who knows.

I WOULD by a copy! XD

Are your ribs feeling better, Jackie?

I’ve enjoyed both Joe’s perverted, sly look in the last panel, and your review of Toys. Coincidentally, I’ve been randomly musing about the movie. I didn’t see it on TV or anything. I just started thinking about it absently for the past few weeks, and remembering what a strange, confused mess of great actors & random-schizophrenic moods.

Oh, I remember now what made me think of it. I was thinking of what Robin Williams movies to show my niece and nephew. I was delighted to hear she licked his acting.

The best part happened when I started listing his other movies to her to see which she might like. She thought I was lying through my teeth about Hook. I kid you not. She gave me the “B&*L SH&%” stare the entire time I’m explaining the plot.

Me: “Yes! But he’s a grown up Peter Pan. And Dustin Hoffman plays Hook.”

Me: “And Julia Roberts played Tinkerbell! But she talks.”

Cold stare, then she tries changing the subject about what’s on TV.

She really thought I was messing with her. It was utterly hilarious.

They go from fine to sore depending on what I do. When I pop one out its sore for hours, but if I’m careful it only hurts when I do certain motions.

Having lived through Hook it doesn’t sound as crazy as it should, although I remember being surprised when it came out.

Found something Interesting on the field of sleep apnea research. apparently they’ve funded the initial phase for a micro-CPAP that just goes up the nose.
https://www.indiegogo.com/projects/airing-the-first-hoseless-maskless-micro-cpap#/

I have seen it.

I remember almost nothing about it….

That Christmas movie with the candy canes?

That was my favorite movie as a kid. It’s called simply Santa Clause. The workshop and the whole spiel at the north pole was really rad to me as a kid, even after I figured out it wasn’t real.

I’m glad someone else remembers it. I still have it on VHS somewhere. It’s been so long since it was on that I almost figured I had dreamt the whole thing up. I like how the ex-elf runs a factor in that one. Kinda figures.

It’s just called Santa Claus or sometimes Santa Claus vs. the Devil. Made in 1959 (don’t blame me, I was only two at the time) and it’s available in it’s 90-Minute-Dreadful entirety on YouTube. I saw this in the theater the Christmas I was four. Not even anywhere as good as 1964’s Santa Claus Conquers The Martians, and that was awful.