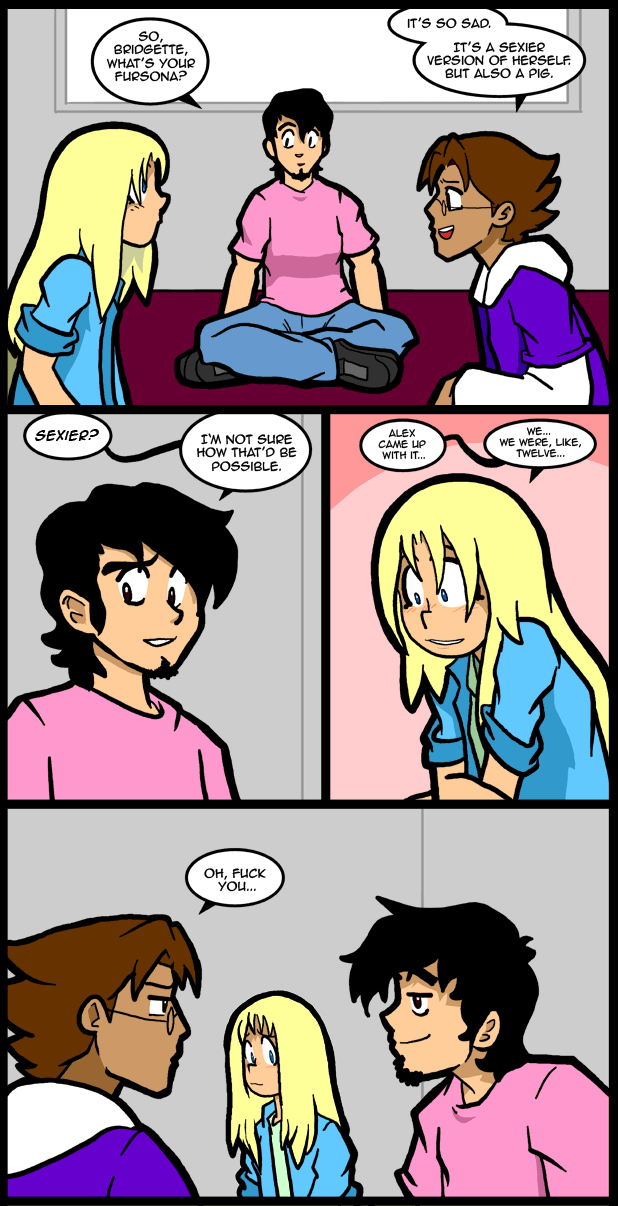 Sorry guys, I don’t know what the fuck I was thinking not setting up this post early. I didn’t work it all out in my head. Anyway, I’m gonna leave the blog blank for tonight and write an update tomorrow. I’ll see if the Teen is up for it, but obviously it’s a tough day for her, so who knows. Anyway I hope you all had a good holiday and whatnot.

Later Update:
Xmas was… Rough. I’m so overweigh now that spending a night on the floor and the next day in a room hot enough to cook a turkey is almost enough to kill me. By the time we got home I was in a ridiculous amount of pain. My side is still sore, but getting to lay down for a while helped. We made a point to buy water (since the water in the grandparent’s town is gross) which is probably what kept me going long enough to get home. Being super heated and eating nothing but candy for hours, then eating a feast, all while drinking giant cans of soda is basically insane.
The actual family stuff was about as good as can be expected. Every body was even more touchy than normal, since most everyone was sick mere days before. (One group actually was home sick with the Barf Simpsons on Xmas day) The Teen has decided to write, so I’ll leave her to tell you the details of the Xmas excitement.
I got some nice books of facts, a video capture card, and a PS3 that I don’t have to tinker with. I got a few Amiibos, but not Marth. (I think Yoshi and Marth are the only wave 1 Amiibos I didn’t get.) There were some other things too, but I won’t bore you with those. I will mention, however, that my Sister and her husband got me a Lego set of a policeman that looks a bit like him. I’ve never seen the set so that was cool. I think the uniform he wears is dark blue though and this guy looks more like a highway patrol officer to me. If I switched to a blue shirt and took off the hat though. LEGO City Police Patrol Car 4436 if you’re an enthusiast.
Those of you who helped out this holiday season in various ways may have to wait a while for your presents, but I’ll get there eventually. XD

not so cheerful Teen Holiday Corner
hello world Christmas went alright unlike Jackie I had a nice bed to sleep in so that was good. it was unbelievably hot though I thought I might die of heat stroke a few times it was so unbearable. I went to bed around 12 am on Christmas eve and I was up at 3 am to go through my stocking. I got a camera, a dead pool blanket, perfume, jewelry, makeup, etc. so that was pretty cool I then went to bed again and woke up around 8. my brother and his girlfriend had arrived and she managed to cut herself opening a package bad enough that she was taken to the emergency room, that was exciting. while she was gone I cleaned the blood off the couch and began sorting all the presents into piles for people I then got clothes, more jewelry, a superman cup , the ps3 game the evil within, books and other stuff. I still have yet to get a chance to play rock band I plan to soon though. I started the evil within and it is already terrifying. so overall it was pretty good we played the game I got Jackie, cards against humanity which is super funny with my family. today has been less enjoyable however. it marks the 2 year anniversary of my fathers death and I have been wallowing in sadness and heartache. not the best thing to do I know, me and Jackie went up town and when we got home I just felt so incredibly depressed I went into my room and I’ve barely left since. I’m okay but its a struggle seems like it was just yesterday still. I had no friends to hang out with…so that sucked but I’ll live. so as you can see I’m not a very happy teen and I have not much else to say…hope you guys all had a great Christmas!

Enjoy your holiday, Crave. You’ve done a lot for us faceless fans since you’ve started this comic.

Oh my various heathen gods, that smarmy look on his face in that last panel! Absolutely priceless.

Indeed, hard to compete with that.

Also, I feel this music is appropriate for some reason…
https://www.youtube.com/watch?v=dsUXAEzaC3Q

You are absolutely correct my friend.

I’d have to agree that music and the comic combination is fuckin perfect.

It’s amazing how a little subtle tweaking can make the phrase “Fuck you” endearing.

Looks like Neil totally can’t stand it when his insults are shot down. Life can be a pity, Yeah? *smirks*

It isn’t difficult to dismantle another’s insults when: (A) the girl being insulted is cute; and (B) the aforementioned insult is clearly an amateur’s brainchild.

True, but I think also that Neil has just discovered that a big fish has just swum into his little pond.

Yeah, I’m pretty sure he wanted to hog all the attention …

In the most boarish way possible.

Yeah, I’m afraid Neil is likely be a bit of a swine …

accidental anonymity followed by a grammar flail … go me!

Then you have limited experience with monstrous people.

Oh John you sneaky devil you; and sometimes the most simplest of remarks can have the most profound impacts.

Then again, he’s dueled Thomas many a time, can’t beat experience like that.

Thomas has trained him to be a giant among small insult throwing men. He will be difficult for Neil to deal with.

Damn son. John just dunked hard. So hard he accelerated the continental drift by about a decade.

Give it up, Neil. John honed his craft fencing with the Master — Thomas!

I had the two year anniversary of my brother’s suicide this year. It’s in September, but while yours must hit twice as hard, Christmas gives mine a second shot at crushing me. Sometimes it’s really hard to see everyone else happy for the holidays. Not that anyone in my nuclear family is, and I rarely see extended relatives. I visited them for Thanksgiving though, and I spent the entire time thinking that nobody else realized it was the first time I’d done so without him.

Don’t let anyone make you feel like you’re ruining their holiday spirit.

Let’s see…. According to Bogmilk’s Fursonna Generator, mine is either a golden vulture with crystals growing from its flesh that’s always accompanied by glowing orbs of light, or a blue and purple dinosaur with tentacles and a scorpion tail.

I kind of wish it specified what kind of dinosaur.

Dude, maybe you should do some push-ups?

He even copied Thomas’ youcantbeatme/outofyourleague/f**kyouimthomas/served face on the end panel. I think Thomas is like Yoda.

and its made even smarmier by the goatee and long hair. The student may soon surpass the master…. who am I kidding, nobody beats Yoda.

I’m wondering why he would even say “Oh fuck you” when HE was the one that started out in a dick way. Like bruh. Girls don’t like dicks if they aren’t asking for them.

Yeah, but it’s okay when he does stuff, because it’s witty and clever and awesome. When other people do stuff, though, it draws attention away from him, which is terrible.

Well, he’s doing well against the opening act. Can’t wait to see how he does against the cavalry.

Ug, extreme heat and bad sleeping conditions. Sounds like Hell to me. :-/

The Teen: There is nothing I can think to say or do that will help in this situation but if I could I most certainly would. For whatever that is worth.

Sorry that you’re having a rough time, to both the Teen and Jackie. Comic page update is sweet and I’m glad you still had a decent Christmas.

On the comic: From this, I feel Johns interactions with Evrina shall be quite entertaining.

On holiday/floor sleeping/not enough water/etc: Water is key when in crazy heat (especially hot house in the winter heat, confuses the hell out of the body) Cool that you got a tinkering-free PS3 & other fun stuff. Glad the floor/heat didn’t off you.

On holiday remembrance & such: it’s hard, it sucks, and despite everything bad about it, family & friends is where the most solid support are (though the family side can be hard as they’ve probably got their own difficulties with everything, even if they aren’t super forthcoming with it all) I’m lucky enough to not be speaking from my own personal experience, but from witnessing the past 9 years with my fiancé since she lost her dad. It’s still rough for her around this time of year, but knowing when to take some reflection time, when to talk with someone, and when to just try & have a good time as best you can are all part of it. Again, it’s rough, so don’t let anyone say it isn’t (I hope nobody’s saying it isn’t, that’d be mighty shitty) and I can’t really figure out how to say what I’m trying to with the rest of this, so just know whatever you need to do to cope (so long as it isn’t hurting yourself or others) is what you need to do.