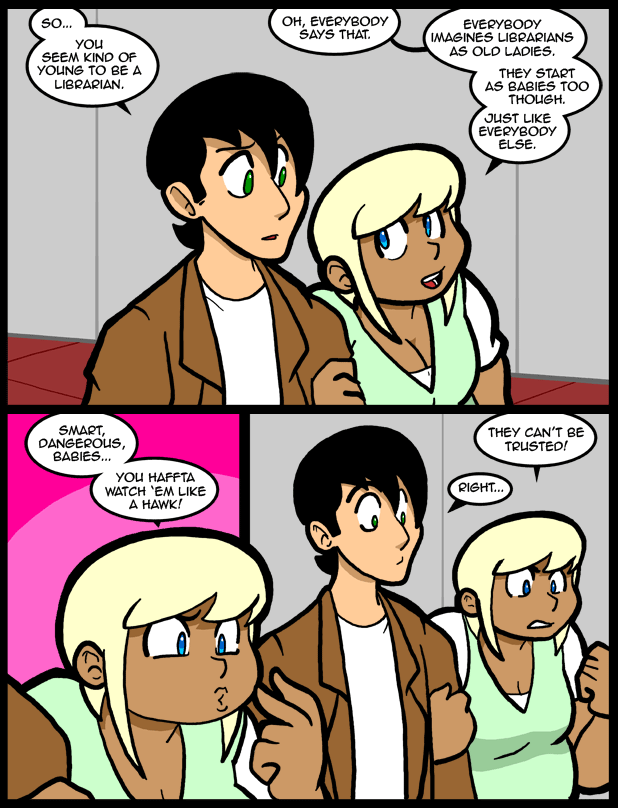 Someday Jo will meet Maddison and you will all die of the sugars. She’s really got a grip on Reggie’s arm there, huh?

The Teen infected everyone with the sickness and we are all down with it to varying degrees. She is a very touchy feely kind of person once she gets comfortable with people. Also, if you tell her not to do something she instantly gains a pathological need to do that thing. We all made the mistake of telling her not to touch us in her sickened state so, of course, we had hands all over us, in our food, you name it. Strangely this is a trait she shares with my father. He’s at least 50% more likely to touch other people when he’s not feeling well. In any event the order of least sick to most is myself, Teen, Dad, and Mom getting the absolute worst. She is doubly vexed because she is already behind on her holiday to do list and she has been mostly bedridden for three days now. Basically what I’m saying is that the Teen ruined Christmas. I’ve learned, from many years of Xmas specials, that in order to fix things I’m going to need a family of singing mice, or some such thing, to pull off a eucatastrophic save on Xmas eve. I’ve also been looking in to clock repair because I think that may have something to do with it.

I’ve been looking for a Marth Amiibo basically since the day I saw the ones in Garden that Target wouldn’t sell to me. No place around has any. Fire Emblem and Animal Crossing are probably my two favorite Nintendo franchises, so I definitely want Ike, Marth, Robin, and Lucina. I hope they make a female variant for Robin as well. My games had a female Robin more often than not. (Although mine was named Carol and was the best waifuu of all) I got Villager on day one, as you will recall. Hopefully the Amiibo will not go the way of Skylanders and require a lot of online scavenging. I’ve been hesitant to buy Link or Mario because I feel like they might do alternate versions for them. Mario because I’ve seen some test shots and Link because his Amiibo is in a terrible pose that I hate…

I’m not sure what form the extended DLC might take for Smash, but I hope they just keep adding characters like they are insane. I know Mewtwo is the firs,t and possibly only, one, but he’s boring to me. Off the top of my head I’d like Protoman and/or Bass from Megaman, but practically any robot master would be cool. The other kids from Earthbound would be cool. I would go insane for someone from Advance Wars. Grit and Sami were always my favorites. Goemon and/or Ebisumaru from Mystical Ninja. (Assuming any old Nintendo title is on the table. I know Konami owns them, but Snake, you know.) It’s not gonna happen, but Shantae from Wayforward would be awesome. I’ve got a feeling that Nintendo is going to just stop with Mewtwo and it will be this massive missed opportunity for DLC players want. In this case I don’t even feel like it would be a cash grab because the playable characters are already pretty numerous.

Dat list (Cause someone said to keep posting it.)

A holiday montage would akdo save Christmas…

We all sing about it…but nobody really wants to get down with the sickness.

Wonder if he’s gonna ask for his arm back lol

Ah! It looks like Maddison is a, sort of a librarian-kind of Brooksie. Maybe Boothe will become the boyfriend of both of them, and they’ll have a [menage a trois] romance.

U doubt that since Jo is dating Jess right now.

I kinda thought nina was the library version of Jo….

Aw heck! Let’s justbuild a store full of Jo wannabes, and put it in Jo’s town, and call it:

Reggie is so cute. I won’t abandon my ship of him and his super crush, Nina, but perhaps yhis young one will be the balm to soothe me…

I’m enjoying the chance to see Reggie interact with people who have nothing to do with his work environment where his issues are less likely to be seriously inflamed.

I’ve been on the lookout at the Wal-mart I work at since the official release began. Not a Marth to be seen anywhere, even on the unholiest of holidays all retail workers dread, Black Friday. Considering I’ve always loved FE character designs, even if I haven’t played the games, he’s the main one in the first wave of figurines I’d love to get.

Not into amiibo but I always loved the Zelda franchise, and… Why did they choose a pose that involved sticking a pole up his ass?

That’s the most dangerous part of sex is that babies may result, sinister, scheming babies, they must be stopped before they doom us all! :P

And every group has a Brooksie.

If you wait long enough, they’ll ALL be young librarians. Hell, the current director at the library where I work is the same age as me (31). The rest range in the 20’s to 30’s area. We’ve had a lot of retirements and shifts in command in not that long of a span.

Best thing about younger librarians, though, is that everything feels so…FRESH. New ideas and better ways of running programs. The people I used to work with were always nice, but very set in their ways – they had been doing the same stuff since the early 80’s. For the first time in a LONG time, we’ve actually got some change happening, and if it’s one thing libraries need to do to keep on the up-and-up, it’s change.

But is it Babies MacIntyre?

It’s been long enough I don’t get the reference for that anymore. XD

Ah, Advance Wars. Grit would be an awesome assist. Your opponents would just suddenly get hit with rockets out of nowhere.

Yeah, the Advance Wars assist they have now is a bit of a letdown…

Flower is free on the playstation network this week as part of their holiday sale. I highly recommend it. This doesn’t really have anything to do with anything but I figured you might be interested to know.

We must have missed it or donething. It’s just on sale in my store.

Shampoo- Fruitice has a kiwi lime clarifying that is not too strong but my favorite is Suave Naturals Clarifying. Good luck.