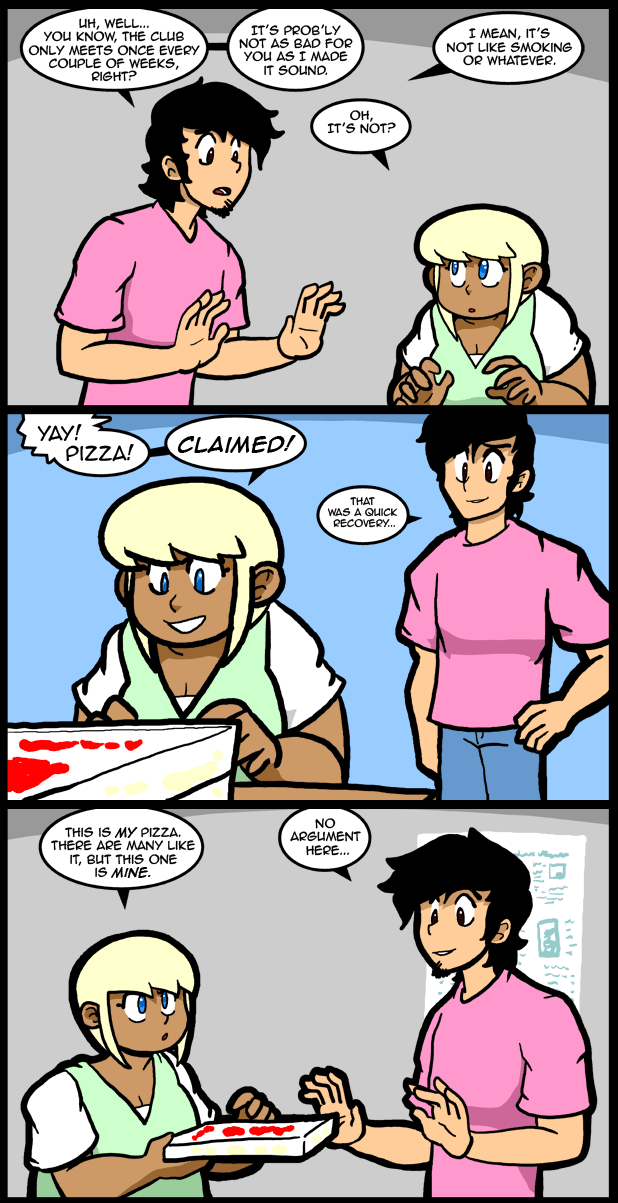 The Teen doesn’t like Smash Brothers at all. It’s so lame because I have a million controllers and no one to play with. I realize now that the Amiibos are really just replacement friends that you can buy so it feels less like you’re just fighting the CPU all the time. T^T I actually like Smash WiiU more than Brawl. I barely played Brawl after doing some of the story stuff, but I’ll turn on Smwiiu and play it just to unwind. I think it’s because the Wii made everything such a hassle. It took a while to load, the controller was awkward, or the gamecube one was always in the way. The WiiU gamepad is much more like the 3DS so it feels more natural to just slide on over to it. Being able to just play on the gamepad is also good. I haven’t tried the online stuff at all. Maybe I should give it a try.

I watched the One Piece Film Z movie a while back. I don’t think I mentioned it. I’m a big fan of the comic and the real guy wrote the movie, so it feels just right. I really enjoyed it. I always feel inspired after seeing good animation. It was good timing too because it takes place right around the time skip in the comic, so I was at the right place chronologically to see it. When I got to the bit about the navy admirals dueling on an island it tied that whole thing together in a cool way. I’m almost current with the collected comics, which kind of sucks. I like there always being another book to get as soon as I’m done. Of course I know you all feel that pain regularly in a smaller scale here…

The Teen has been screeching around the house for a couple of days now. She acts like she hates school, but when she’s not going she goes out of her mind for lack of being forced to do something. Entertaining herself is not one of her strengths. She wanders around an declares how bored she is and how terrible it is that she has no life, which makes my hard working father livid. It doesn’t exactly thrill me either, but it doesn’t cause a subterranean rage in me. My dad detests laziness in all of its many forms, so her caterwauling is basically the antithesis to his very being. I’ve tried to explain this to her with mixed results. The last thing she wants to happen is for him to find something for her to do, but she’s rocketing toward that outcome at the speed of her own voice. Her break can’t end fast enough for her own good.

I don’t value boredom, but I like it when I am presented with the challenge of it. Of course finding things to do isn’t hard for me, so it doesn’t last long on the rare occasions it does happen. For me boredom is most likely when I’m trapped in situations of other people’s design. Waiting in lines, stuck in a store, that sort of thing. As long as I have my 3DS and phone I’m basically immune to boredom for as long as the batteries last.

Teen Corner
what up interweb people? its been a nice kind of long break from school which despite my bored-ness I enjoyed. I caught up on my much needed sleep finally which was nice. I spent my day watching TV, reorganizing my stuff, cleaning my room a bit, wrapping presents and texting of course. I haven’t interacted with the filthy adult (Jackie) much today he was sleeping and working the day away so I left him alone for the most part. last night we went to Wal-Mart and bought borderlands 2 for my ps3 and played that a bit, our teamwork shooting skills were a bit off but for the most part we were successful. we only died like once or twice, no big deal but shortly after I grew to tired to play and passed out while Jackie watched some boring adult show. I’m going to try to convince him to come watch X-men days of future past with me here sometime soon. I’m still a bit love struck and annoying lol its been like 2 days since I’ve actually hung out with my new boyfriend and it feels like forever so I’m actually happy to go back to school tomorrow. my choir concert is in like 2 weeks so choir practice begins tomorrow and I like singing so that’ll be fun and I’m looking forward to world history, its still fascinating other than that I’d like to skip the other classes. I recently finally found the motivation to finish buffy the vampire slayer it was pretty awesome except I hated that spike died, buffy and angel couldn’t stay together and I disliked that it ended the way it did. I’ve recently started watching angels show and I’ve enjoyed that for the most part, I like how the main thing that happens is Cordilia always gets fucked over, its pretty funny. I still think buffy and angel should live happily ever after together and if not then angel should be mine haha seriously he’s kind of hot, speaking of hot I’m ready to watch the walking dead tonight! wondering why I say that’s hot? its because of Daryl duh lol he’s my boy hopefully I get to see a lot of him, its always disappointing when he’s barely in the episode. almost dinner time yay left over pie time!! anyways I don’t have much more to say so talk to ya on the next post peeps byez

The latest Smash is the first that I’ve owned, and I’m enjoying the hell out of it.

Without my pizza, I am nothing. Without me, my pizza is nothing.

Ah…boredom…
Unfortunately, enquiring minds do not get bored easily…
Which could be considered a bad thing,
But make for some good stories to tell.

full metal jacket reference, nice. Btw is it just me or does Maddison look kinda derpy in the last pannel?

Actually,I think the quote is from Jarhead

Nope. Definitely Full Metal Jacket – it’s the rifle scene where they get to name their personal weapon and where Private Pile begins to undergo a huge personality shift.

It may have been used in either, but it’s originally from the Rifleman’s Creed of the United States Marines.

I just checked the quotes on IMDB. You are absolutely correct — Full Metal Jacket FTW.

Never get between a hungry woman and her pizza.

How do you not think Madison is so cute there?

Oh. That’s why my boyfriend likes me. Hmmm….

This new character..she is just the cutest thing. <3

If you’re gonna play Smash bros online I’m warning you now there’s an influx of people fresh off Project M Who. Will. Crush. It’s a jungle out there 0_0 ! Casual players do not have a chance in for glory. Of course you could be one of those people. Maybe you picked up Fox or Marth and became the bain of a casual Villager who didn’t know what thet were getting into. Two stocked a Robin maybe? Or Zero Suited someone into the upper stratosphere? Just a warning.

I think she wandered in from a different comic that has thicker outlines.

What is so special about THAT pizza anyhow?

It’s in her hands.

Walking Dead and Talking Dead last night!
OH GOD BETH WHY!
AND WOULD SOMEBODY GIVE THAT EMILY KINNEY A HUG ALREADY!

Losing Beth hurt more than when we lost Sophia (as bad as THAT was.)

I’m left to wonder about how the future world of Walking Dead will function. I’m thinking that eventually most of the “Walkers” will decay and waste away to non-functionality and that once civilization is re-established, they will make decapitation the standard procedure as soon as someone is declared dead. Everyone will carry a loaded gun to deal with feral walkers, etc.

thanks for the spoiler… i didnt see it and was about to watch it tonight…
i hope you burn in hell and never ever see any glimps of a light in your life!

Hey, teen. :) Spike comes back in Angel so don’t worry.

And of course Angel comes back in Bones.

Heh heh. I prefer to think of him as the aurora Boreanaz from that episode of FamilyGuy.
(Yes, I accidently watch it once or twice a year.)

I must [master] my pizza, and enjoy + eat it, before my enemy sneaks upon me, and enjoys + eats HIS pizza first!

Buffy was on my bucket list, I had to stop watching it around season 5….I think I just got spoiled to all hell T.T I guess it can’t be helped, they say anything finished over ~2 years isn’t spoiling any more…but such random ways to find out things, I didn’t see that coming…

On a show like that the journey is as important as the outcome.

True, I mean its not like you go into a movie and think “will the hero make it or not?” generally (GENERALLY) you know the outcome, the fun part is seeing how they get there

You never hear anyone claim a burrito like that. Also, has the teen learned about paragraph?

Have you ever listened to an actual teenager talk lately? We are lucky she recognizes the concept of separate sentences, let alone paragraphs… ;-)

… most of the teenage girl conversations I overhear at the mall sound like one continuous run-on sentence with only pauses for breath or when someone interrupts them mid-thought or for the inevitable squeal, groan, or onomatopoeia.

Perhaps the teen is aspiring to be the next James Joyce (famous for his use of “stream of consciousness”).

This is likely obnoxious of me, but I feel I must point out that one of John’s fingers is coloured differently from his other fingers and it is bothering me o.o Otherwise this is cute!

The Teen might consider picking up a somewhat active hobby. Music Theory is a good thing to study if music is enjoyed, but for a compact and physical hobby, learning to knit maille is a winner. It travels well and only takes an hour to pick up, but a life time to master.

Knitting is not what most people would call an “active hobby,” is it?

Ugh. Breaks. Boredom. Nothing to do.

I’m almost 50 years old and I STILL have a really hard time coming up with something interesting to do that isn’t a required reaction to something else happening.

The few times I can think of something, I can really rip on it and do the hell out of it, but that’s extremely rare.

It’s so bad I’m not taking Thanksgiving or Christmas breaks other than the company-mandated 3 days.

No, I am not retiring. Ever.

… your screen name is also my name. You might consider leatherworking. It’s an excellent long-term hobby with real, practical use.

three commas after well instead of an ellipsis

SMASH! I love Smash. I love playing Smash with my housemates and also watching my housemates virtually beat the hell out of each other. It’s the best.