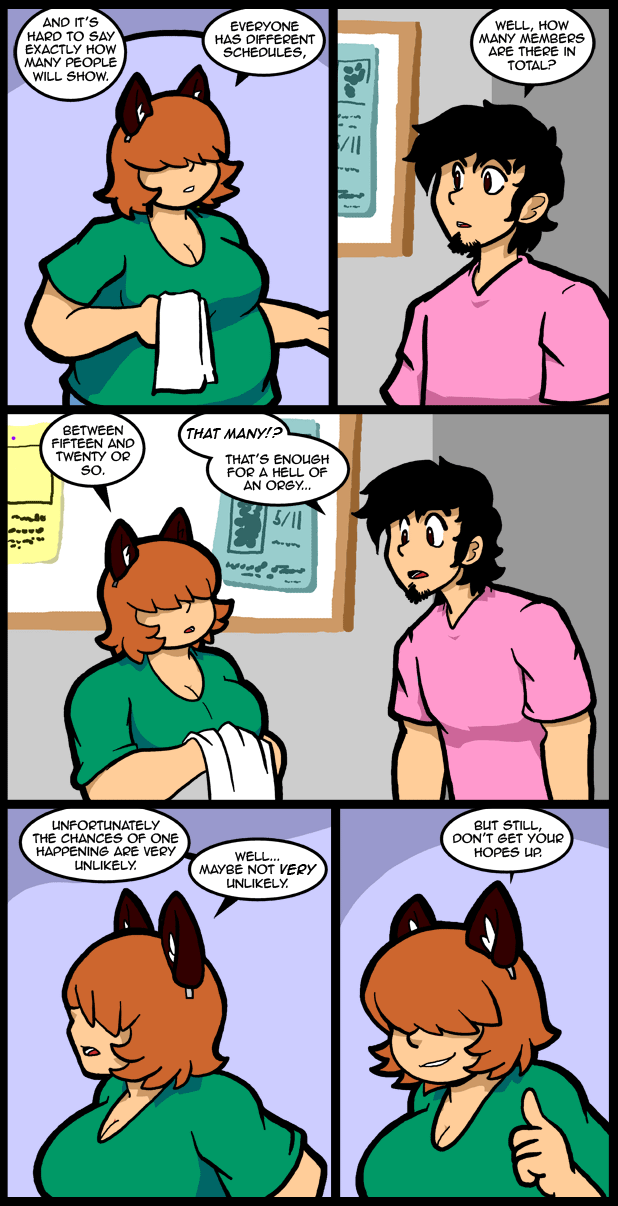 Teen Not The Corner
Hello interweb peeps!! im baaacccckkkkk :P today is Thursday obviously and I’m super hyper for some odd reason. I’m beginning to think Jackie put the drugs in my coffee…pretty sure he’s plotting my doom! he has indeed admitted to plotting my doom so looks like this is war Jackie vs. the teen who’s on my side? lol but seriously that’d be really funny as a comic page or something. anyways I have a friend over and she is currently playing with Jackie’s various Legos as the dogs attack her and tries to eat the Legos. I found this pretty amusing, school on the other hand was not so amusing. I failed my bio. test horribly so there goes my A in bio. yearbook is going well though today a senior in the class decided to sing all her responses till the teacher finally said “I’m going to knock you out!” and that I found very amusing considering she’s very calm most of the time. so I guess the day wasn’t to disappointing, I had therapy though which I don’t like much but after I got French fries and a root beer so it was worth it! me and Jackie jammed out to the monster high theme song on the way home and his dance he does is hilarious eventually I need to video tape it to show you all, I feel you would enjoy it. Jackie just gave my friend a Lego cookie I am incredibly jealous!! where’s my Lego cookie!!!??? wait he made up for it I got a Lego dollar so its all good in the hood. oh my Jackie is speaking of creating a Lego strip club! XD he has wayyyy to much time on his hands. he just offered me a Lego sausage which I told him I thought should go to his Lego stripper XD that’s pretty much all I have for tonight goodnight peeps from the teen and her crazy friend the older teen!!

Creator Corner
Well, that went about as bad as it could have gone. The Teen has taken two boxes of sorted Legos… I can almost feel the sorting unhappening. She gets super hyper on the weekends, and the effect is doubled half over again when she’s with others of her age range. Which boils down to a lot of flailing of limbs and screaming. It’s kind of like being in a house full of living Muppets. I managed to bargain her down from taking my actual projects to taking two boxes of older parts I’m not currently using. They are mostly Star Wars parts from about a decade ago. The stuff from before they redid the scale of the sets. I play with Legos pretty much the same way I play Animal Crossing, or similar games. Basically like a Zen garden. That’s partly why I’ve never played Minecraft. I can see myself dumping hours of my life into a game like that. Although, having monsters around that can fuck up your perfectly groomed lawn might sour me on grand designs…

I really like the idea of the whole Lego community thing. Like, I feel like super hard core Lego fans would be pretty mellow people, relatively speaking. I’ve seen some videos of the gatherings and they seem pretty laid back. Kind of like the most excited they ever get is equivalent to Doc Brown telling Marty about the flux capacitor. I’ve got some ideas for sweet building sets coming together in my head. I think you can submit them to the company as new set ideas. That would be a pretty neat thing to do, I think. I’d like to make something like a 1900s American main street kind of thing. Not “old west” per se, but America as it began to really settle down and be civilized. At least in so far as we ever have been… The problem with that is matching colors. I’m not sure what colors are available for buying in bulk and that era had some pretty specific aesthetics. Still, it might be doable. Of course it may have already been done. I should probably look around. Finding out your idea has already been done tends to have a cooling effect on insane plans. Of course I went ahead and made this comic in spite of everyone saying that it’s just a shitty retelling of Clerks. So who knows? Sky’s the limit baby!

I relegated myself to the back end of the post tonight because mine follows hers chronologically.

If you really don’t know, a Kevin Smith film. If you’re cool with “adult”(whatever that means) humor, I’d check it out. I kinda compare Smith to Tarantino, in that they’re both pretty good at writing the coolest conversations about mundane stuff.

Something old and forgettable that bears a weak resemblance to Between Failures beginning but differs in that you never feel the need to see it more than once while BF will have one archive diving multiple times. Not to mention BF is a living growing work of art while Clerks is finished and Kevin Smith himself couldn’t continue it. (kind of summarizing some things he says in the little “talks” he does… )

Teen, ask Jackie if he ever slips caffeine into your cafe. If he gets shifty, I bet you’ve got him pegged.

Jackie, first time commenting here, so to get the “thanks for the awesome strip, hella entertaining. you’ve come a long way and I always look forward to updates. thanks again” out of the way….
Oh, I was just going to thank you again for the strip. So ye, thanks. It’s been tons of fun.

Lego sidenote, ever since the twins(from years ago) “restructured” my old Arctic theme sets back when I was a kid, I became the same way when it came to LEGOs.

I feel a bit guilty mentioning this, but…

There’s totally a mode you can turn on called “Creative” where you can just build whatever you want from an infinite supply of blocks to choose from, and Monsters don’t aggro onto you/explode.

You can even turn the monsters off!

Teen vs Jackie, who will win?

Crave would simply outlast the Teen;
Sorry, Teen…
Unless, of course, there are zombies…

Aaaww, I liked the arrangement of the two sub blogs better the other way around…

I’ve been feeling this way since last update but just now got the courage to ask if anyone sees some Josie from “Josie and the Pussycats” in our Alex here? I mean if Josie gained weight and grew her bangs down in front of her eyes?

Considering I haven’t seen Josie and the Pussycats in what feels like forever, I really couldn’t say…

Although, I do appreciate Alex’s honesty with John’s questions.

I think Alex seriously has the best boobs.

“It’s kind of like being in a house full of living Muppets.”

Are you trying to insinuate that Muppets aren’t alive?

Meh.
If Clerks was as good as Between Failures, I’d own the Blu-Ray (and I don’t).

Imagine my confusion as I went to read the blog post only to find myself reading the teen post. Can we either a. Please put it back the way it was or b. get the teen a delegate section or something? Pleeeeeeease?

No, today is friday, you weird past-person

GET ON MY DATE. I AM FUTUREMAN!

Firstly, Enjoy the comic, have for a while now, I’m glad to see it continue since many haven’t manged to do so.
Secondly, if someone doesn’t like part of the blog/comments that happen to get posted along with the comic/store, screw ’em. If you and the teen wish the teen to have a blog section then if folks don’t like it they can ignore or or leave. It seems petty that folks will whine about part of the blog that isn’t even part of the primary reason for visiting, oh wait this is the interwebs, folks will whine about anything. No matter how trivial or little effect it will have in the end….
Thirdly, the LEGO scene (as it were) is varied, it can be as varied as any room full of individuals. You will find easy going folks and stick-up the rear-end folks just like anyplace else, shrugs. Many seem to realize that we are using what most regard as a child’s toy for our hobby, some cannot see that but on the whole it is possible to find folks of a like mind if you look. If it’s specific parts you look for Bricklink or BrickOwl are the two bigger… clearing houses (store hosts) for buying individual parts. For an overall broad community/forums Eurobricks is the largest english speaking site I can think of, there are various smaller, more specific communities based of narrower interests as well.

sorry to hear about the bio, teen. don’t let it kill your joy though. Testing is supposed to be just that: a test of your abilities. (like when iron man tested his arm cannon for the first time and nearly blew himself through a wall! …maybe a bad example…)

(My point is… )Pick yourself back up, dust yourself off, and knock that sucker out next time!

As a lego afficianado who plays Minecraft, I can tell you your suspicions are correct.

Thankfully, with the Command Block, one can turn off mob griefing (damage caused by mobs).
Then the only thing you have to worry about are griefers (assholes who go around wrecking other people’s builds). Granted, that’s only a problem in multiplayer and that can be prevented by joining an unlisted server (or starting your own) and ban lists.

Ban Lists like McBans are the problem.
Not the solution.

firestarthe is a griefer and a hacker

firestarthe logged into a server I used to play on religiously, that closed down

firestarthe griefed and hacked and got banned UNDER HIS OWN SYSTEM

Less than 10 minutes later, he was back, having unbanned himself

The server was shut down, MCbans removed and firestarthe was banned again

He did not return.