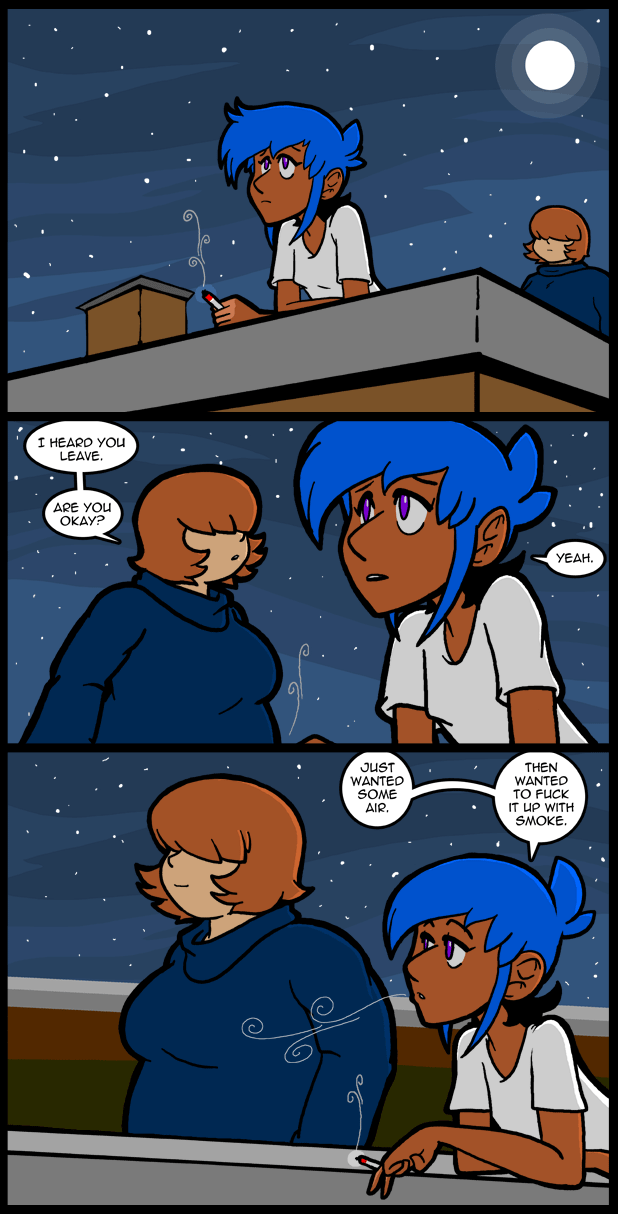 The Teen and I are about to the end of Night Of Champions. The WWE has been remarkably disappointing recently. Maybe they’ve just run out of ideas. As far as me goes I miss when they played at the idea that supernatural powers could be a thing. The defeat of the Undertaker at Wrestlemania 30 seems to have put the final nail in the supernatural wrestler’s coffin. Even Kain spends half his time in a suit…

That said, the end of NOC was funny. I enjoyed it.

I spent the last two days trying to get my old copy of Photoshop cs2 to recognize pressure, but it just won’t. I’ve had to go back to cs1, which is unstable at best. It’s like having my hand smashed in a door. I hate it when shit randomly stops working. Of course Adobe has their new bullshit always online perpetually paying for it version of Photoshop now, so you can’t just buy a copy anymore. The real problem for me is that coloring wil be a real hassle again without my various tricks. Kind of a kick in my artistic teeth.

I never have really gotten the hang of Manga Studio, but I may have to just hobble around with it for now. At least with Manga Studio if I need to upgrade a regular artist can actually afford to. It’s not insanely cheap, but you don’t have to be Wall Street tycoon to continually pay for it. Anyway, I guess we’ll just have to see. I really liked CS2, so I sad to have to potentially hang it up. The stability on my system was great.

I was able to get through this page and the next with PS. The third is up in the air. I’ve never managed to get color to work in Manga Studio. The keystrokes are also all weird.

While it has a bit of a learning curve, GIMP is open source, readily customized, and free.

Too steep for me. I ended up going back to my old copy of Paint Shop Pro…

Night of Champions was such garbage! That ending was a farce it changed absolutely nothing!…It was hilarious though.

You can’t buy a new copy on eBay or someplace?

$400 seems to be the minimum start for most physical copies of Photoshop. $1000 for new copies.

LOVED Jo’s line there in the last frame!

It helps that she’s smoking, and it’s night time, and she’s on a roof, and it’s a full moon. The coolness levels off the charts.

can i just say I FUCKING love how you draw smoke tendrils. its a small detail that just works, so congrats :D

You ought to check out the smoke tendrils of the comic shop owner on All New Issues, which unfortunately is currently on hiatus. They’re almost their own character.

In my head Jo, her cigarette and the smoke has become Jack Frost (Rise of the Guardians), his staff and ice-fern-artworks. The full moon is even present!

Eh, you probably could have made this in Fire Alpaca.

Though some hotkeys are different from Photoshop, like alt+ drag rotates the camera. Which can be annoying.

It has a few tools which are great for making comics, like the ability to freehand straight lines (one thing is pretty much an anime action line tool)

That said, it’s really only good if you like making super clean robot lineart with cel shading. I made a few comic pages with it before getting sick of the too-perfect look. Anything painting like is damn hard if not impossible… though what do you want for free?

I hear Sai is great, but the lack of a good zoom in/out made me abandon it. Like I can deal without rotate, but I want to easily zoom in and out by dragging the mouse. Though I think an update is supposed to come soon, but it’s originally japanties so it may take a bit for localization.

Weird. I’ve never heard of this program before and then in the same day my friend posts a screenshot of her art from it because she can’t make it save to a regular picture file (like .jpeg or something) , it only seems to want to save as a entire working project file (its own file ext.), and you suddenly mention it here.

Must be kismet. Do you know how to save the project as an ordinary common picture file? Or is the program not meant for that?

This is Jo’s thinking face.

My second favorite Brooksie moment…ever, of all time!

Firealpaca is… alright. It’s excellent for freeware, but it has a bad habit of freezing on a pretty regular basis. I have a copy of manga studio 5 myself, and really really enjoy it. I’ve been using it for about a year now, so if you ever need help with um… just manga studio stuff in general, I’d be more than happy to uh… Help? Yeah. Help. Cause like, colors can come out looking really great on Manga Studio if you know how to fiddle with them. I also think you might be able to switch the shortkeys to the same configuration they are on photoshop, but don’t quote me on that…

While I haven’t tried it myself yet (but then, I’m not an artist), I’ve heard good things about Krita (krita.org). It’s a digital painting and illustration program with lots of advanced features, these days aimed primarily at cartoonists, illustrators and concept artists. And it’s free, so you shouldn’t have to spend anything other than time to try it.

Does it work on Macs?

There’s a Mac OSX tab on the download page (along with Windows, GNU/Linux and Source Code), but I’ll admit to not checking it before posting the above (tbh, I didn’t really think about Mac users at the time).

When selecting that tab, it says Krita on Mac OSX is very experimental right now and unstable, but has been reported to work with Mac OSX 10.9. It does give you a download link (to a .dmg file), so you can try it and see if it works for you.

I guess they simply don’t have all that many users/testers/developers/etc. for Mac as for the other platforms, so if you run into problems, they’d probably appreciate your help if you’re willing to give it.

Actually you can get a fully licenced version of CS2 from adobe for free, they don’t announce it a lot but I have it and am using it with my huion 610 pro graphics tablet and its working with pressure no issue, just taking me some time to get used to it. if I can dig out the how to get CS2 later as im in a rush to get back to work I can post it here for you or email it etc.

Here please! I love this thread Jackie started. So much cool free stuff waiting to be discovered (I haven’t had much time to research myself so this kicks things into gear! )

Yeah I have cs2 already. It just doesn’t work in windows 7 suddenly. And it’s fricking impossible to sift through the internet looking for a way to fix the damn thing. I’ve tried everything from removing drivers all the way down the line.

I had a similar problem when it was on Vista Ultimate, I wiped it off, re installed and viola no problem. Occasionally when windows updates it mucks up something and as its no longer supported as its legacy software they “advise” you don’t use it (in order for you to buy newer ones of course). I also have it on Windows 7 32 bit on my gaming / entertainment pc where I have it plugged into my Huion and no issues at all.

OK now for the “hard part”.

Go to Adobe.com and register as a user in either US or UK etc..
Click on the search option and type in CS2 Download.
After typing in your DOB and clicking continue (sometimes you will need to refresh after the DOB as it comes up with an error, use F5 and it continues).

Adobe has disabled the activation server for CS2 products, including Acrobat 7, because of a technical issue. These products were released more than seven years ago, do not run on many modern operating systems, and are no longer supported.

Adobe strongly advises against running unsupported and outdated software. The serial numbers provided as a part of the download may only be used by customers who legitimately purchased CS2 or Acrobat 7 and need to maintain their current use of these products.

Carry on through the procedure, make a copy and paste of the serial number they give you and install.

You now have a fully LEGAL version of CS2 though you wont get any updates any more. By the way you get the full CS suite, not just photoshop.

I am not one usually to post on comments sections though Jackie’s comments about CS2 just struck a cord as I experienced the same. Again it isn’t CS2 per se, its often other updated items conflicting and with no official updates its use it as long as it works.

I appreciate the thorough explanation, but I already have the full version of CS2 legally. XD It just suddenly stopped recognizing my stylus pressure.

oh that was for other people as well :D

Thinking about it, it may even be a driver issue with the stylus. Not sure what OS you are running but if you have had anything auto update in recent days it could be causing a conflict. I have weird things happen sometimes when realtek audio updates, the last time it did, it managed to screw up several other programmes, including …..photoshop

Which version of Manga Studio are you using?

Good, at least you aren’t trying to use debut. And that probably explains your colour issues, 5 handles it much better. Did you get the email about the upgrade? I recently upgraded to 5 from 4. I just checked their website, the upgrade is $105. Note that the digital version has a different name, same program however.

I’m not sure. It might have ended up in the junk folder. Regardless, if it looks like 4 isn’t going to work out I’ll likely try the upgrade.