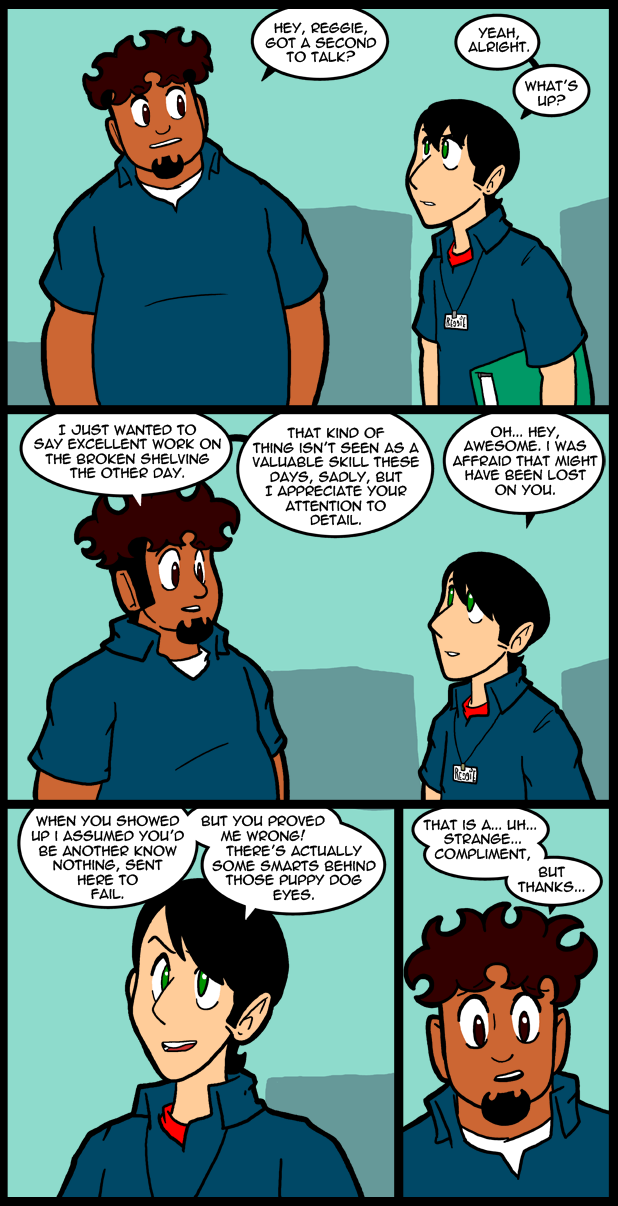 Well, The Walking Dead season finale was certainly something. Did not go as I expected.

Anyway, my router suddenly stopped functioning properly while I was posting this. Strangely, the only sites affected by the problem were the ones on my host. I don’t know what the odds of that are, but it’s pretty fucked up either way. Stuff like that makes it hard to call random events coincidence. In any case it’s sorted now. At least as far as my computer goes. I can only hope that everyone is able to read the comic and not staring at a blank screen right now…

I finished that South Park game. Didn’t find all the collectables though. I thought I was being pretty thorough. I’ll probably play through again at some point just to see if other classes are different in any meaningful way, plus how many games allow you to set your class as Jew? Only one that I can think of. I’ll probably side with Kyle on that playthrough, in spite of him being super irritating. I went through the entire game basically using Butters as my buddy. None of the others really worked as well, in my opinion. Jimmy’s songs were also really annoying to pull off well. I suck at timed button pressing. Be that as it may, it’s just a spectacular game. Especially so if you’re a fan of the show. I really enjoyed the mechanics of the battle system. It’s one of the only games where status effects almost always work on enemies, even bosses in a lot of cases. I recommend it.

Since I was cut off from the site for an hour or so I have to cut this short. The Teen requested my presence 30 minutes ago and I don’t want a flurry of texts.

This interaction reminds me of Stu and Alan in Hangover 3.

Well, now I want to know who is who in those…

Maybe the Teen knows them.

Basically, Alan is a super douche with no discernible people skills who thinks its perfectly fine to tell the entire world what he thinks when he thinks it. Also a drug addict. That spikes others food and drinks with drugs. Basically you can compliment him but he doesn’t feel inclined to return the favor.

Renal calculus is… frightening. Seriously, thinking about “crystals” and “renal” together in the same sentence is cringeworthy.

By the way, I didn’t have to look this one up. I already know what renal is from personal experience. It is not an enviable experience.

That’s why I try to drink a lot of water. Get that stuff floating right along.

I said I had personal experience. Not necessarily the stones.

I will say that, whatever happened (the doctors called it congenital), trying to fix my issue led to the single most painful thing I’ve ever experienced.

I’m rather tough, and have a remarkably high threshold for pain. Feeling surgery happening to me was still not much fun. I had the same dream on two separate occasions while I was healing from that surgery.

I was fighting with a humanoid beast-thing. He had a spear, and was about 600 lbs of nothing but muscle. He was wielding a spear. I was a U.S. Marine at the time, but this was still not a fight I could win. He couldn’t land a solid hit on me, but he continually drove me backward during the fight. I finally got backed into a wall. He made one final swing with the spear that knocked me off-balance. He then thrust at my stomach with the spear, and I managed to catch it by the shaft just behind the tip of the spear. At this point, he merely growled and leaned in.

The most memorable part of these dreams was the perception of physical pain I experienced within my dream. Seriously. I could feel the tips of both weapons as they ssssslllllooooooowwwwwllllyyy broke skin and sank deeper and deeper into my abdomen. I never before or since felt actual pain in a dream.

You never know how to take a conversation with Reggie.

Tell your brother thanks from me.