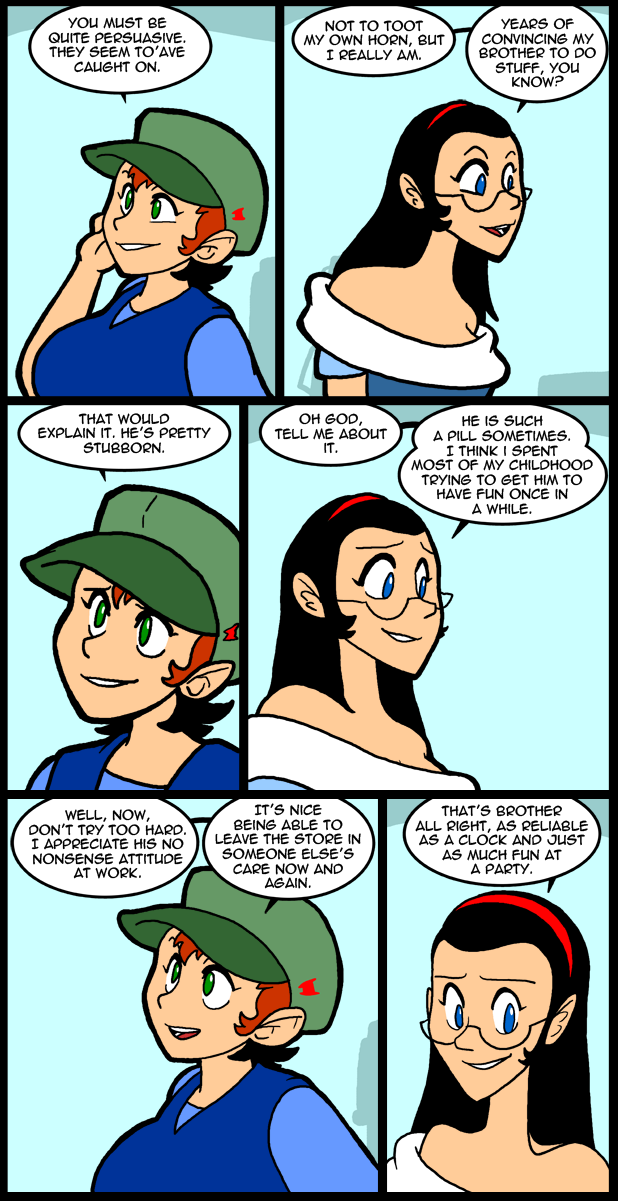 The other day I decided to just take a chance and get the first season of Avatr: The Last Airbender. It’s long been one of those things I felt like I would enjoy if I just committed to it. I wasn’t wrong. It’s a good show. I look forward to seeing how it goes. What really surprises me about the whole thing is that Nickelodeon actually produced a show that told a whole story without dropping it before the end. The fact that it’s not completely vapid an worthless is just some kind of insane icing. I’m not saying it’s War & Peace or anything, but it is pretty good.

There was one point where I was really annoyed for about a minute. There’s supposed to be this comet that gives a bad guy all this power, but they describe it as a ball of fire. At first I was super mad about this because it seemed like such a basic science error. Then it occurred to me that people in the Avatar universe shoot fire from their hands, levitate shit with their minds, and generally ignore the laws of nature as it suits them. Who is to say that comets in their world aren’t made of fire? The penguins are actually some kind of horrifying seal/penguin abomination. In fact a lot of the animals are just two regular animals cut in half and superglued back together. Really, what’s to be mad about, you know?

The teen had an early birthday party this weekend. Just being in the sound radius of 3 teenage girls is emotionally draining. All speech seems to evolve slowly into screaming until they need to recharge. It was like a flashback to my own sister being that age, except she was always much more of a hostess than my cousin. Or maybe cruel overlord would be more accurate. Her fist may not have been iron, but I’m pretty sure it was metallic. In any case my workspace/living quarters are much more impressive to 15 year old females than age appropriate ones. They might yet be here tormenting me if not for my aura of age and ill health. In any event the upside to all of this was that pizza came within scrounging distance of my hovel. The out food kind, not the make it yourself kind. Like all old people I drained life energy from the scraps of youth.

Hate to be that person, but…. “convincing,” not “convinceing.” :) Thanks for the strip.

The world of Avatar is also (for the most part) still pre-industrial, so it’d probably be reasonable that a big portion of the population may at least think meteors are a ball of fire and not giant space rocks.

And, I don’t want to spoil anything, but keep your feelings on all the hybrid animals in mind for the end of Season 2 ;)

Avatar matures as well through season 2. It’s a great story. The hubs and I watched the movie first, then decided to go for the show. The movie is awful if your seen the sow, but otherwise a great story!

Be glad if you didn’t see the movie in the UK. The term ‘bender’ means something rather different over here, and it kinda reduced audiences to laughter when lines such as “I could tell at once that you were a bender.” were uttered…

Mmm the Avatar series deals with some pretty heavy topics over the seasons, definitely a far cry from a lot of other Nickelodeon shows. The sound track is also fantastic!

I keep scrolling past the news post and seeing the drawings of the Julius Drywood adventures. I remember before I saw those I had different ideas of what the characters looked like. Which can only mean one thing….

Shame on you, Crave.

Shame on you for living so long, and for infringing on your poor cousin’s special day with your age-spots, your graying, thinning hair and rheumy eyes, your Indian-corn teeth and your withered, palsied hands. Your wild, old-fashioned ranting and your pathetic tales that always start, “When I was your age…”

My niece turned 15 on Friday. I got lucky — my sister and brother-in-law raised this one; she’s about the the most polite, considerate kid I’ve ever met. Well, no, I wasn’t invited to the party, but mercifully, my sister is aware of the pain and suffering mid-teens inflict on us old-timers. So far, I’ve never been held at phone-point and forced to watch bad movies.

So, sorry you had to endure that; unfortunately, I can’t offer too much sympathy there, since I haven’t had to walk a mile in your shoes (although my sister was fifteen once. Glad I was in college for that).

BTW: So I got to wondering. Exactly how much of Jess is carved from your sister’s hide?

The only thing Jess and my actual sister have in common is gender and boundless confidence.

That’s a may be a good thing…

I suppose it’s pointless to say, but ya made a damn good choice in Avatar. As it was stated above: it gets even better with the next two seasons. One of those rare shows that told a story and ENDED it. No continuation when there was nothing to say, like many shows. It didn’t have to die dried out in a desert – it just hugged everyone goodbye and left for greener pastures.

Long-time fan of the Avatar universe, and in total agreement about the way it reached a satisfying conclusion. And then went beyond with the Next Generation with Legend of Korra. The only other animated show I can think of that uses this device was Robotech.

Robotech was originally a hodgepodge of different mecha shows.

Ive been meaning to ask, who referes to their Brother as “Brother” all the time? It seems really creepy to me, does it to anyone else?

As an only child, I have no idea. My cousins and I will sometimes call each other ‘Cousin’ though, so I guess it doesn’t seem too weird to me.

It really depends on the person. I know a guy who kept calling his brother “Brother” because it really annoyed him. He kept it up for so long that he eventually just became the status quo. Somehow I could see Jess doing the same thing because it either annoyed Ed or she thought it was funny and eventually just stuck.

My sister has called me brother our whole lives.

I used to call my sister “small sibling” often. Then I learned how to say it in German, and annoyed her because she couldn’t understand me.

I know around a dozen possible translations to German and I’d be really interested in which one you learned. Care to share your insights?

I’ve met people who call each other’s siblings “brother” and “sister.” I think it’s only weird for those people who don’t do it.

My big brother used to be called “Bubba” all the time. We’re not rednecks, ropers, hicks, or any sort of thing like that, either. Well, I suppose there’s a little bit of that in our blood.

I mean, my parents didn’t get empty nest syndrome when I left the house. They got horses and bought a house with a big back yard.

Okay, so how do I get an avatar on my posts here anyways?

I think you need to sign up for a gravatar, if I remember correctly. http://en.gravatar.com/

Does that saying even work at steampunk parties? Just occurred to me…